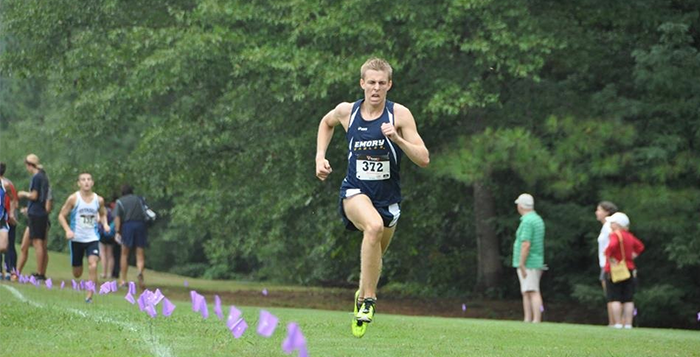 The men and women’s cross country teams rose to the occasion last Saturday, both placing first at the JSU Foothills Invitational.

The conditions were perfect as the team prepared to race at the Oxford Lake and Recreation Center in Oxford, Ala.. With clear skies and a temperature around 60 degrees, each team ran one of its best races all season.

The men’s team totaled a low 32 points, just beating out Columbus State University’s 34 points for the victory at the meet. Leading the men’s team with top eight overall finishes in the 8K run were junior Luke Mees, senior Tyler Cook and senior Alex Fleischhacker. The three would place second, fourth and eighth, respectively, with times of 25:38, 25:52 and 26:07.

When asked about his thoughts on the team’s performance, Mees praised his team.

“We had landmark performances from a lot of the guys on the team,” said Mees. “It was a big step in the right direction to being competitive in the UAA and the region. Seventeen of 19 of the guys who raced ran season bests, and some by huge margins. I think it’s a testament to the training we’re getting from Coach Harden.”

The impressive performance by the men’s team shows its commitment to consistently improve their skills and compete at a high level. Yet for Mees, this win was special.

“Last season I was out of action due to a staph infection in my hip joint, and this is the first race that I’ve [ran a personal record in] since my freshman year,” he said. “It’s an incredible feeling to go from not being able to walk a year ago to leading the team again.”

The women’s team deserves equal praise for its incredible performance. The women’s team dominated the invitational, scoring a 24, nearly 14 points lower then the runner up, Columbus State. Senior Tamara Surtees and junior Marissa Gogniat led the women with first and second place finishes in the 5K run. Surtees beat out Gogniat for first place by one second with a time of 18:35.

The eagles will race again on Oct. 18, competing in the Oberlin Inter-Regional Rumble, and Head Coach John Curtin is confident moving on in the season.

“The women saw 11 and the men 12 personal career-best times today, and that was great for those kids,” he said. “From here we set our varsity top 10 line ups that will go on for the rest of the season. I like the talent we have.”