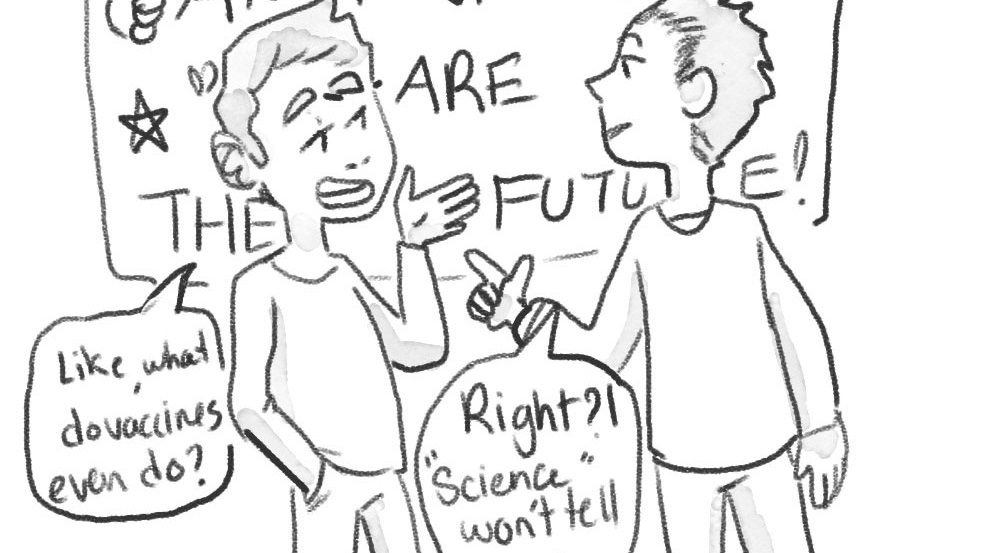 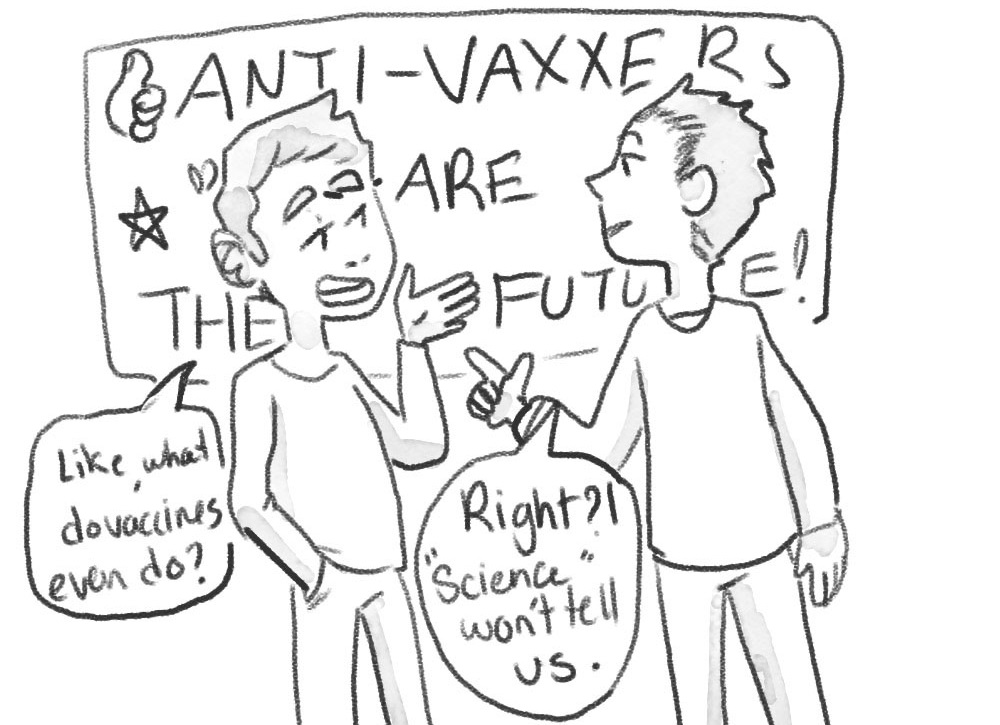 What’s a foreboding ride in Disneyland without some measles? For almost 60 years, Disneyland has been known as the “happiest place on earth.” It’s a magical place where people can escape reality for a day. However, the park has come under the spotlight as an outbreak of measles has allegedly turned it into a danger zone after an infected person has seemingly spread it to other park visitors.

The public has been split on the issue of vaccines, but the recent outbreak of measles has resulted in another anti-vaccination campaign and debate. I don’t think anyone can be judged for their indecision to vaccinate their kids, especially considering the lack of information provided about vaccines and the ways in which vaccines are administered.

Generally, the American public has not worried about an outbreak of measles in a long time. The disease has been thought to be mostly eradicated in the United States, generally due to the success of the vaccination that many young children have received. Measles was “eliminated,” as the Centers for Disease Control and Prevention (CDC) claimed in 2000. Of course, there have been sporadic cases since 2000, but not in large numbers.

Last year saw the highest occurrence of measles in nearly 20 years. What’s most frightening is that the first month of 2015 has brought nearly a sixth of the number of cases of the previous year. And the number of cases seems to grow day by day. Those who have the vaccine should not be worried, as it has a “97 percent” success rate, and most children are given the vaccine at a very young age. So where does this put us? How important is it to get vaccinated?

[quote_colored name=”” icon_quote=”no”] There is, however, a problem with the health care system as a whole [/quote_colored]

A chunk of the population still hasn’t received the vaccine. Measles may have been eradicated in the United States, but it is still a prevalent issue throughout the world. And in recent years, there has been a new anti-vaccine movement, spearheaded by numerous people such as, most famously, actress Jenny McCarthy. She and others have claimed that an increase in autism and other mental disabilities in children are a result of the vaccinations, which of course is causing quite a fervor amongst parents who are unsure of the effects of vaccinations.

The general assumption, though, is that the vaccination is a proven and effective way to combat the disease, and scientists have refuted the allegations thrown by McCarthy and the anti-vaccination movement. Since then, multiple studies have been conducted regarding the relationship between autism and vaccines, particularly the measles, mumps and rubella (MMR) vaccine. The results of these studies are crystal clear: there is no connection.

The debate and the anti-vaccination controversy also reared its ugly head in the 2016 presidential race, as two probable Republican candidates have been forced to walk back on comments they have made. New Jersey Governor Chris Christie was quoted as saying that he “also understands that parents need to have some measure of choice in things as well. So that’s the balance that the government has to decide.” Kentucky Senator Rand Paul, who was formerly a doctor, claimed that he “heard of many tragic cases of walking, talking normal children who wound up with profound mental disorders after vaccines.” All this aside, it’s true that the number of cases of measles has plummeted, going from 450,000 cases in the early 60s to 20,000 by 1967, after the introduction of the vaccine. It definitely works, but it’s not the vaccine that is the big issue.

There is, however, a problem with the health care system as a whole. I can understand why parents are expressing indecision about vaccinating their children: it’s hard to make an opinion that takes your entire child’s life into account when you don’t have enough accurate, unbiased information from health professionals. Doctors don’t just encourage vaccines; they force them upon families.

I remember asking my pediatrician her opinion on the whole “vaccines cause autism” fiasco when I was 13. She practically yelled at me, emphasizing over and over again how they don’t and how people are dying every day due to a lack of abundance of vaccines. I left her office still completely uneducated. Although vaccines for some diseases are definitely important, we need to advocate for a better understanding of health care and a clearer line of communication between providers and patients.

Maya Lakshman is a College freshman from San Diego, California.