It’s the end of a long week and you’re approaching the DUC-ling for dinner, when you catch a glimpse of a food truck on Asbury Circle.  Your Dooley Dollars are slipping away quickly, but the thought of soggy salads and chicken that might as well be rubber becomes more and more unattractive. With the sound of the beef sizzling on the grill at Loaded Burger and the irresistible aroma of the maple syrup wafting from Nana G’s Chicken and Waffles, the choice is inevitable: You go with the food trucks.

The Loaded Burger: The Loaded Burger’s menu features everything customers could ever want on a burger including farm fresh eggs, smoked bacon and baked potatoes. The workers say the fan favorite is the Loaded Mac N’ Cheese Burger. The tenderness of the meat paired with the creamy texture of the cheese made me fall in love at first bite. Although the burger is filling, a trip to the truck is not complete without having tasted the side dishes. The perfect crisp of the hand-cut potato chips seasoned with salt, pepper and parmesan, and the battered onion rings coated with a savory crust will make customers glad they stayed. For those who aren’t as hungry, the ice-cold lemonade is satisfying even on the hottest of Atlanta nights.

Nana G’s Chicken and Waffles: Those trapped in the Emory bubble who have forgotten that we live in the Deep South should take a trip to the Nana G’s truck sooner rather than later. I was initially close-minded to the idea of fried chicken and waffles on the same plate, but, if I’m being honest, I was pleasantly surprised. The sweetness of the maple syrup pairs perfectly with the savory breaded chicken, and the crisp waffle brings the dish together. That being said, there are plenty of options offering just a waffle or just fried chicken for the less adventurous.

Nectar: Recently named as one of the healthiest food trucks in America by The Huffington Post, Nectar offers options with slightly less carbs than Loaded Burger and Nana G’s. Nectar serves fresh juices, smoothies and paninis, creating a delicious yet guilt-free meal. Many know Nectar for their “flu shot” drink, which is made of lemon, ginger and cayenne pepper, which, when paired with with their hearty chicken pesto panini, is a recipe for an unforgettable meal.

Strada Napoli Pizza: With Emory’s large and vocal New York population, let’s face it: DUC-ling pizza just doesn’t cut it. The mediocre pizza options on campus make some students especially appreciative of the nights when the Strada Napoli food truck parks on campus. They serve wood-fired pizza with a variety of toppings including smoked mozzarella, mushrooms and prosciutto ham. I highly recommend the meatball and ricotta or the mushroom, but customers can’t go wrong.

Yumbii: The Asian-Mexican style options the Yumbii food truck serves include tacos, sliders and quesadillas. The sesame fries are crispy on the outside and fluffy on the inside — truly a hidden gem on Emory’s campus. In terms of sauces, I recommend the chipotle ketchup and the sriracha cheese dip, and then alternating between the two. With that said, those averse to spicy food may want to stay clear of Yumbii.

At the end of the day, I recommend each and every food truck that comes to Emory’s campus. After a long week of homework, tests and exams, the least you can do is treat yourself to a good meal. To view the Emory food truck schedule, visit http://www.emory.edu/dining/trucks.php. 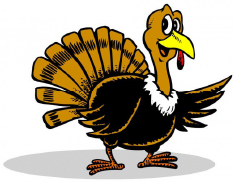