‘Mary Poppins Returns’ a Spoonful of Sugar for These Maddening Times 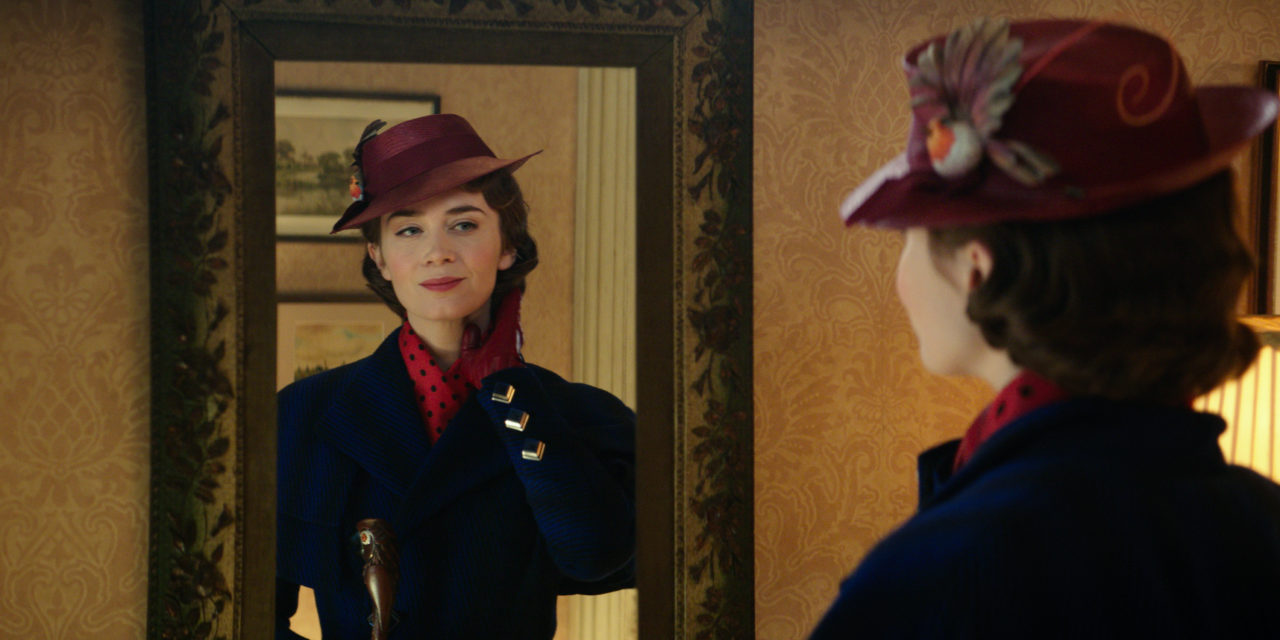 With its delightful melodies and lyrics, the original 1964 “Mary Poppins” can be considered the gold standard of family-oriented films. The overwhelming love and acclaim for the original “Mary Poppins” has naturally created large shoes for any sequel to fill, but “Mary Poppins Returns” is the perfect movie to close out the tumultuous year of 2018.

Set in London during the Great Depression, “Mary Poppins Returns” follows the adult Banks children, Jane (Emily Mortimer) and Michael (Ben Whishaw), along with Michael’s children, as they are visited by Mary Poppins (Emily Blunt), who attempts to help the family find the light during a dark period that precedes a personal tragedy for the Banks.

Julie Andrews’ turn as the magical nanny earned her the actress the Academy Award for Best Actress. However, Blunt is practically perfect in every way as the iconic character. She effortlessly captures the charm of Andrews’ original performance, and yet gives Mary Poppins an added sense of depth and purpose — there are many moments in which the character ably displays her more internalized emotions than in her first outing.

The music (score by Marc Shaiman and lyrics by Scott Wittman) not only captures the original film’s whimsical spirit but also builds on certain themes in its own style. The songs, while maybe not as distinctive as the original, are all beautiful and delightful. The songs are set to visually stunning set-pieces that capture the film’s spirit and rhythm. The standout sequences are a hand-drawn segment set inside a porcelain bowl and the amazingly choreographed “Trip a Little Light Fantastic” is one of the film’s most colorful scenes.

Unlike the original, “Mary Poppins Returns” keeps the story moving at an enjoyable and quick pace. The film rarely feels bogged down in its magical tangents and always feels like a cohesive whole. In the original, until very late in the film, everything seems fairly aimless. In this sequel, however, the plot never feels as though it stops in its place for the sake of an entertaining musical number. The more fantastical moments have a place in the plot, and the creative set-pieces, as well as songs, are integrated into the story of Mary Poppins and the Banks family in a way that makes them essential for the characters’ journeys.

Director Rob Marshall, who has previously directed “Into the Woods” and the Academy Award-winning “Chicago,” excellently constructed this film. Every emotional beat is given the perfect amount of time to be effective and, most impressively, in a movie chock-full of sentiment and fairly cheesy moments, at no point does the film feel like it’s mocking or patronizing the material. All the actors seem to take what they have to say as seriously as their characters would, and in turn, the moments that, in a lesser film may induce laughs or eye-rolls from the audience, resulted in full-on sobs from the audience.

This film is by no means perfect, but it simply doesn’t matter. Lin-Manuel Miranda, who plays the friendly lamp-lighter Jack, has a cockney accent that is totally off-base and ridiculous yet still adds to the immense charm and echoes the glee evident in Bert’s (Dick Van Dyke) delightfully egregious dialect from the original. The villain is very much a one-note, mustache-twirling cliche of a person, but he is so miserable you can’t help but enjoy it when his repercussions hit him like a speeding train. If you’re willing to hold these flaws against the film, it feels unwarranted. “Mary Poppins Returns” feels so pure, so open-hearted, that harping on these flaws would be like bullying a helpless child.