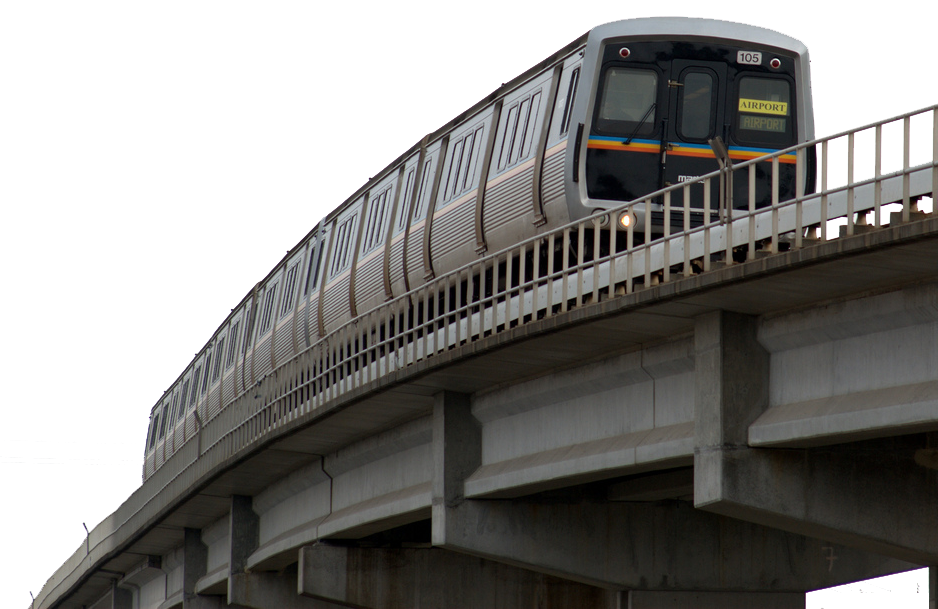 It’s no secret that the Metropolitan Atlanta Rapid Transit Authority (MARTA), what is supposed to be a robust and well-developed mass transit system for the Atlanta metropolitan area, is incredibly lacking. It does one thing pretty well in that it gets people from the airport to Downtown, Midtown and Buckhead and back. And that’s about it.

Want to fly in from New York and get to the Centers for Disease Control and Prevention (CDC) during rush hour in a reasonable amount of time? Good luck. And good luck to you for a while. MARTA’s ambitious plans around Emory to reduce congestion along the Clifton Corridor are lackluster at best and will most likely never happen. Why? It comes down to three things: politics, something called “right of way” and safety concerns. I’ll explain throughout this piece.

Before I move on, understand that even with those obstacles in mind, any capital infrastructure project, no matter how large or small, typically becomes a delay-prone mess. Public works projects almost always exceed any initial financial or timing estimates. There are always more complications than what meet the eye.

As many Emory folk know, MARTA’s access around Emory consists of a few bus stops that take you either to Lindbergh or Inman Park stations. Sure, it is easy to access MARTA rail from the 6 route if you want to spend double or triple the time it would take by car. And by the time MARTA gets you from your origin to your destination, you might as well have hopped in an Uber. And during rush hour? Forget about it. Another Uber car on the road just means more traffic and congestion. In the long term, it sets Emory up for disaster as travel times to Emory and the CDC will just get worse and worse with more cars being added to the road.

MARTA’s solution for that is a light rail system, something similar to the new streetcar launched last year in the Downtown area (streetcar.atlantaga.gov). The current Environmental Impact Statement (EIS), the publicly available document created by MARTA demonstrating the need for the project, calls for linking two MARTA lines. That link would be between the Avondale Station on the Blue line with Lindbergh Center station on the Yellow and Red lines while cutting through North Decatur and Emory’s campus. It’s like a trolley system with its own dedicated pathway that would run parallel or “at grade” with the road. Think of it as a hybrid between a train and a bus. If you have been to Prague, Edinburgh or Jersey City, you are probably quite familiar with how it might look.

While that all sounds good, the cost does not. According to the Locally Preferred Alternative plan published in 2011, it would cost $1.7 billion to build this new system. And that estimate is quite a few years out of date. For example, the recently completed World Trade Center Transportation Hub in New York ran $2 billion over budget. The Second Avenue Subway extension in Manhattan took almost 100 years to complete and ran out of funding on multiple occasions due to improper budget estimates. This project probably will be no exception. Most capital construction projects run far over their estimates, so when all is said and done, it will probably cost somewhere north of $2 billion. Yikes!

Funding for this light rail system project right now is pretty bleak as well. The latest proposal tossed around is a marginal increase in the penny sales tax, the tax used to fund MARTA, by half a penny. That is, if voters approve it in a referendum vote. The idea came out of a bill, SB 369, that was recently passed by both the Georgia House of Representatives and State Senate. It is currently awaiting Governor Nathan Deal’s signature. The problem with the legislation though, is that the referendum vote only applies to Fulton County, not DeKalb. People are hoping that a DeKalb-inclusive bill will be introduced during the next legislative session. Thus, at the end of the day, there is still no funding plan in place, and the can keeps getting kicked down the road.

Hypothetically, even if the funding were secured, the EIS calls for a good portion of the proposed system to run next to the “right of way” or path that CSX, the railroad which operates adjacent to Emory’s campus, uses. Any Emory freshman living in Raoul or Longstreet-Means Hall could tell you by their vibrating walls at three in the morning that those tracks are heavily utilized. CSX is also one of the two largest railroads that operates on the East Coast of the U.S. With that in mind, odds are they probably do not want to give up any autonomy over their trackage, especially since that track leads to one of their main interchange yards in westside Atlanta. It would be a long and drawn out battle to secure the land parallel to those train tracks for a continuous operation envisioned by MARTA.

In addition, this proposal might conflict with Federal Railroad Administration regulations which prevent passenger and cargo trains from running along the same track due to safety regulations. God forbid in the event of a collision of a cargo train, a thorough assessment would need to be conducted to make certain that there is sufficient physical separation between cargo and passenger trains. That will only add further delays.

The general story here goes that politics are getting in the way of successfully funding this project, CSX holds a lot of power over the proposed land to be used and there might be potential safety concerns that will need to be addressed. All of that will come at a high cost, both in terms of time and money.

What those in the Emory community need to understand though is that there is no magic wand that will solve the Clifton Corridor’s traffic problems overnight. Public works projects like the proposed light rail system take lots of time, and that is by design. Sure, the system might be fundamentally flawed and thereby incapable of quickly addressing the region’s transportation needs, but there is also no one powerful enough to kickstart a project of this magnitude. Patience is paramount.

So sit tight and put on a good playlist while you are stuck in traffic around Emory. Even if everything goes according to plan (which it will not), estimates right now are for the project to be completed in 2025. MARTA is going to continue to suck for a very, very long time.

Michael is a College junior from Rye Brook, New York.