‘Maniac’ is a Mind-Bending Masterpiece 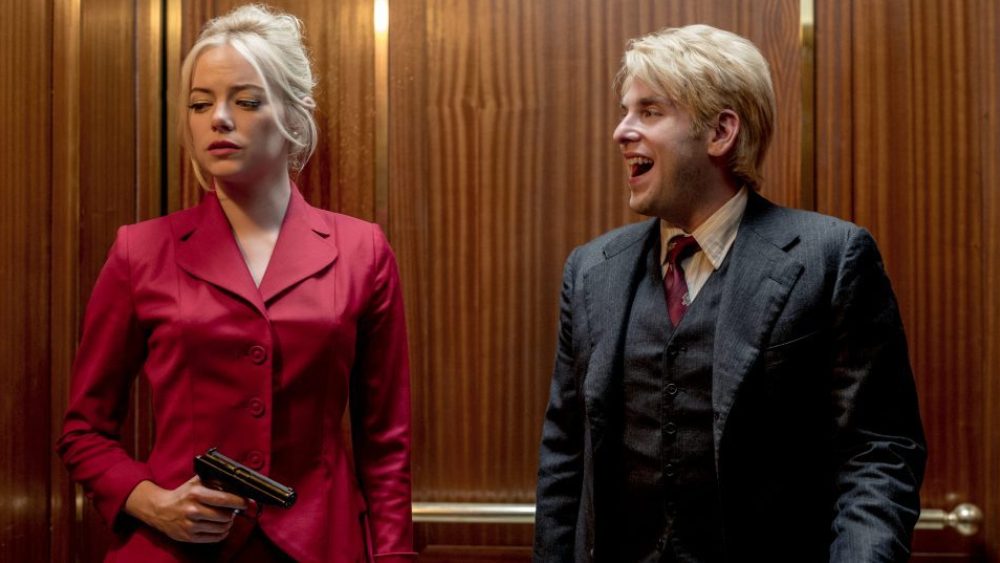 No matter what genre you are looking for, there is something to love in “Maniac.” A crime caper involving a lemur, a 1940s murder mystery and a mob operation are just a few of the stories that take shape across the 10 episodes of the new Netflix mini-series. The brilliant show is an absurdist, “Inception”-esque romp through human consciousness and the nature of trauma.

“Maniac” follows Annie Landsberg (Emma Stone) and Owen Milgrim (Jonah Hill), two loners whose traumas leave them unable to function normally in their 1980s retro-futuristic society, where advanced technology clashes with outdated aesthetics. For different reasons, each enrolls in a new pharmaceutical trial that promises a therapy-free cure to any mental disorder or distress. As they are medicated and move through the stages of treatment, they mentally live out computer-generated scenarios that are intended to eventually fix their brains. These scenarios are supposed to be experienced individually. However, something, be it the computer or fate itself, brings the two together in every dream. Annie and Owen must try to understand what connects them and make sense of the many layered realities in which they are living. All the while, the computer that is manipulating their minds, Gertie (voiced by Sally Field), begins to break down.

The mini-series is structured chronologically, moving with Annie and Owen through the drug testing process. However, each episode’s arc is increasingly complicated. Most of the show’s 10 episodes contain one or more dream sequence intercut with scenes that show what is actually happening in the pharmaceutical lab. This back-and-forth between dream and reality could have easily become disorienting, but “Maniac” makes each world and transition distinct enough that the story is comprehensible. The plot, while not necessarily fast-paced, is intriguing and innovative, which makes the show easy to binge.

The distinction between illusion and reality is achieved with ease, due to the show’s production design. Whether it be a Gothic Southern mansion or a fantasy kingdom, the lush sets and costuming perfectly evoke the eras of Annie and Owen’s dreams. Conversely, scenes set in the real world are bathed in neon light and cluttered with clunky, retro technology. This way, there is no confusion that we have returned to the original New York setting. Director Cary Joji Fukunaga uses mise-en-scene to not only differentiate the many universes of the show, but also to connect the universes through recurring objects, actors and songs that find their origin in the protagonists’ real lives. It becomes a sort of game for viewers to find the Easter eggs peppered through every dream.

Throughout its multi-layered plot and various settings, “Maniac” is anchored by its stand-out performances. Stone gives a rich, emotional performance as Annie, a young woman struggling with addiction and the guilt of loss. Sonoya Mizuno plays Dr. Azumi Fujita, a wonderfully deadpan scientist. Her role plays off the manic, paraphilic Dr. James Mantleray, portrayed by a scenery-chewing Justin Theroux. While some of the show’s scenes explore bleak topics, the performances tie everything back to an emotional core that drives the show forward and keeps the audience invested in the characters. The only disappointing portrayal is Hill’s Owen Milgrim. Hill is out-acted by his peers and his understated take on Owen does not fit with the series’ over-the-top atmosphere.

At its heart, “Maniac” is a show about coping and connection. Annie and Owen are deeply damaged, depressed individuals who feel isolated and are looking for a way to let go of their pasts. Through them, the show examines what it means to be human, how we deal with trauma and why connection with others is so vital. It never gives the audience perfect answers to these questions, perhaps because there are none, but it starts a conversation. Rife with symbols, emotion and commentary, “Maniac” is quite the journey, but it is well worth the trip.