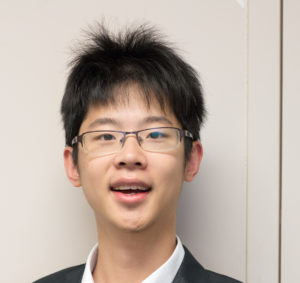 SGA President Dwight Ma (17Ox, 19C) told the Wheel on Tuesday night that he does not plan to sue the paper for defamation after he threatened legal action earlier this month.

Ma said he would pursue legal action against the Wheel after the Wheel declined Ma’s request to remove the article “Ma Under Investigation For Electoral Misconduct,” which was published online on March 28.

Ma claimed that the story by Executive Editor Richard Chess (20C) and Assistant News Editor Christina Yan (21C) places him in a “false light” and requested that it be removed by the end of business day on April 2 or he would take legal action against Yan, Chess, Editor-in-Chief Michelle Lou (19C) and The Emory Wheel.

“The article places me in a false light and is subject to removal under the Communications Decent [sic] Act which disallows for defamatory articles which put an individual in a false light,” Ma wrote in an April 2 email to Lou, Chess and Yan. “Since these claims are false the article can be removed in accordance with the Communications Decent [sic] Act.”

In an April 17 email, Ma said he does not intend to file a lawsuit against the Wheel.

“I was simply exploring my options,” Ma wrote.

As the University’s paper of record, the Wheel does not remove articles that have already been published, except in extreme circumstances, such as if someone is in imminent physical harm. All information in the article is sourced and factually accurate, Lou wrote in her response to Ma, and the article was updated online on April 3 to reflect that the charges of electoral misconduct against Ma were dropped.

A man claiming to represent Ma called Chess and Lou on April 3 to deliver a “verbal formal warning” but refused to provide his name to them. He told Lou he worked for the law firm Morgan & Morgan.The Wheel spoke with Chelsea Parker, a Morgan & Morgan employee, who said that Ma was not a client at the firm. Parker also said that the number the man called from was not a known number of any of their attorneys.

The Wheel attempted to call the number back several times, but it had been disconnected.

Ma told the Wheel he was not aware of any call made by his lawyer.

“I [did] this through another third party. I had a friend who helped me to hire the lawyer,” Ma said, adding that his friend knew people who worked at the law firm. “English is not my first language. I need someone to help with all the legal bulls**t.”

When asked if he interacted with the law firm, Ma replied, “Not really.”