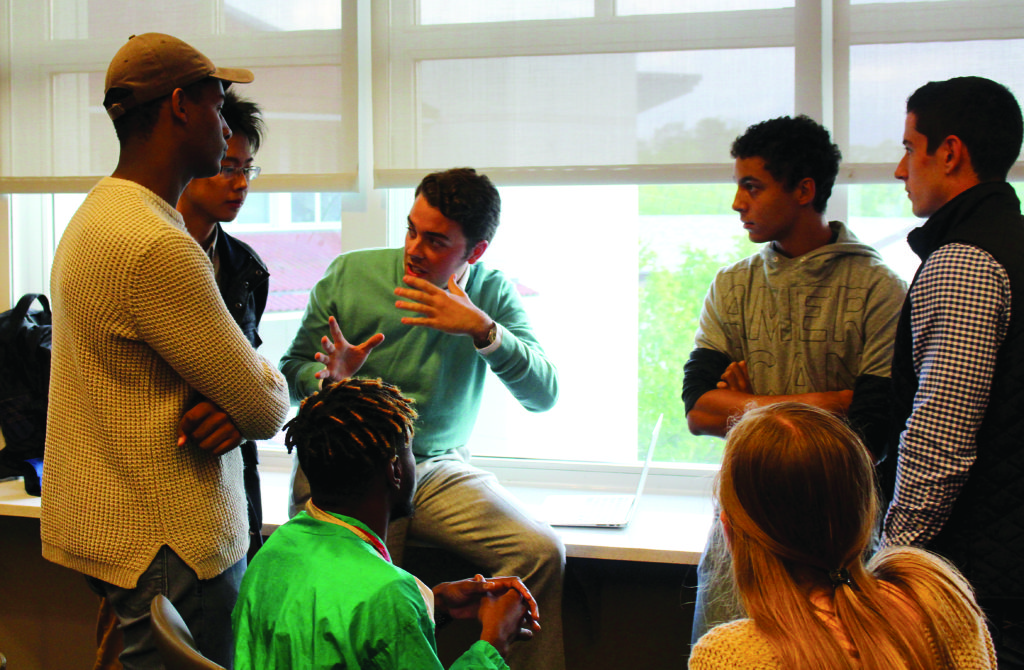 The legislature went into a five-minute recess to allow Ma to officially appoint Lynch and Scott.

Former Attorney General Elias Neibart (20C) later said that College Council (CC) President Radhika Kadakia (20C) needed to be consulted to confirm Lynch as a representative. Neibart questioned Lynch’s legitimacy as a representative and said the meeting should not continue because SGA did not have quorum without Lynch and Scott.

“If you guys believe this is quorum, and you think it won’t be challenged later on, then that’s fine,” Neibart said.

Spitzer said SGA would proceed as if it had quorum and assured Lynch that he was a voting legislator.

Kidd motioned for the legislators to vote on an acting speaker of the legislature for the remainder of the meeting. Kidd nominated himself, and SGA BBA Liaison Geoffrey Tseng (19B) nominated Spitzer. Kidd and Spitzer both gave speeches that lasted less than a minute. Spitzer received three votes, Kidd received two votes and SGA Sophomore Representative Lori Steffel (21C) abstained.

Bill 52sl4, written by Spitzer, SGA BBA Junior Representative Linda Zhang (17Ox, 20B), Tseng and BBA Council President-elect Jay Krishnaswamy (16Ox, 19B), requested $550 to fund puppies for Goizueta Week. The request was $50 more than a similar request made at the April 16 SGA meeting. Additionally, Krishnaswamy removed a clause that renewed the funding request for three additional years after some members of the 51st legislature said such a clause is unconstitutional at last week’s meeting.

Krishnaswamy said the additional $50 request was made because the vendor had increased the price, and Kidd responded that the funding request increase seemed “shady.”

Former Freshman Representative Austin Graham (21C) said the bill is fiscally irresponsible because SGA has around $12,000 in its contingency fund, which “barely” covers the airport shuttle costs that SGA provides the student body each year. He added that BBA Council budgets $49,000 for Kegs but only $11,000 for other events.

Three legislators voted for, two voted against and two abstained from voting on the bill. Spitzer said he voted for the bill and initially said the bill passed. After former SGA Speaker of the Legislature and Senior Representative William Palmer (18C) consulted with Spitzer on legislative procedures, Spitzer said that the bill had actually failed. Palmer said that Spitzer’s vote violated Robert’s Rules because the speaker may not vote when the vote creates a tie.

Palmer said that Robert’s Rules is the fifth order of precedence in the Rules and Procedures of the SGA Legislature. The bill would need to be reintroduced in the next legislative session to pass, Palmer added.

Throughout the meeting, several legislators were confused about the proceedings, and SGA turned to Palmer and interim SGA Adviser Natasha Hopkins to follow procedure.

After the meeting, Spitzer emailed the legislature and said that the bill had, in fact, passed.

“Unfortunately, due to my inexperience, I mistakenly said that the bill 52sl4 failed,” Spitzer wrote. “When examining Emory’s constitution, I realized that my vote would count since it would change the outcome of the vote.”

Priddy dissented in an email to legislators that the bill failed based on the rules established in Robert’s Rules.

Former CC Chief of Staff Jacob Greenberg (18B) wrote in another email to legislators that he was “extremely concerned” with how SGA was proceeding. He noted sections of the Constitution, Code and Standing Rules that he said SGA violated related to Ma’s appointment of Lynch as senior representative without consulting the CC president.

Spitzer changed the outcome of the vote again on Tuesday evening with another email to the legislature.

“After discussing the legal code, the legislature has determined that the bill has not passed,” Spitzer wrote. “That is the final designation and as of this moment, there is no reason to continue discussing this bill.”

Spitzer scheduled an emergency legislative session for Monday to vote on a speaker of the legislature and confirm the executive board.

Krishnaswamy emailed Ma, Priddy and SGA legislators that SGA “is not functioning the way it should be” and has “documented instances where we were told about one rule and then later that same rule changes or is reinterpreted.”

Krishnaswamy also said he was concerned about “the level of hostility from people who are outside of the legislature and within the galleries.”

He added that he is encouraging BBA reps to propose a bill that addresses hostility and following procedural rules.

Correction (4/25/18 at 2:12 p.m.): A previous version of this article stated that Zion Kidd (21C) and Lori Steffel (21C) are SGA freshman representatives. The article has been updated to reflect that, in fact, Kidd and Steffel are SGA sophomore representatives.