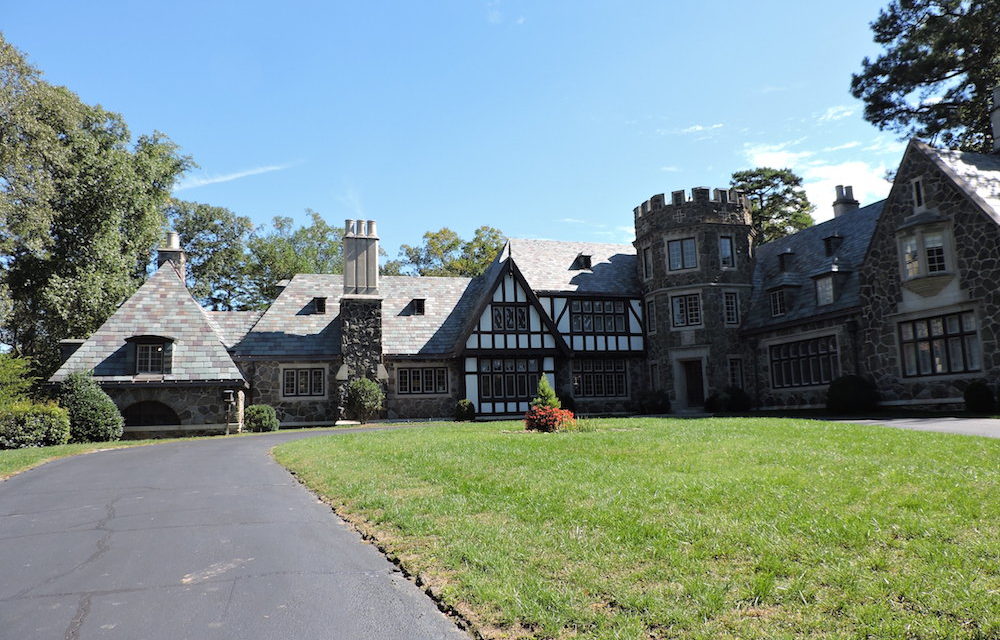 Built in 1926, the Lullwater House first provided residence to Walter T. Candler, the son of Asa Griggs Candler who founded The Coca-Cola Company. Candler used the Lullwater land to farm and maintain livestock.

For the last 57 years that Emory has owned the house and while enduring the tremendous growth of the University, the estate has been called home by Emory’s presidential families.

Next year, in the wake of President Wagner’s departure, a new, sixth presidential family will move in. But while the house itself has long been steeped in the University’s history, each presidential family is granted the freedom to change the rooms according to their own style.

“It will be fascinating to see what the next president will do. It’s interesting living in a house that is yours, but it isn’t yours,” Mrs. Wagner said. “As the President always says, ‘It’s Emory’s house, but it’s our home.’” 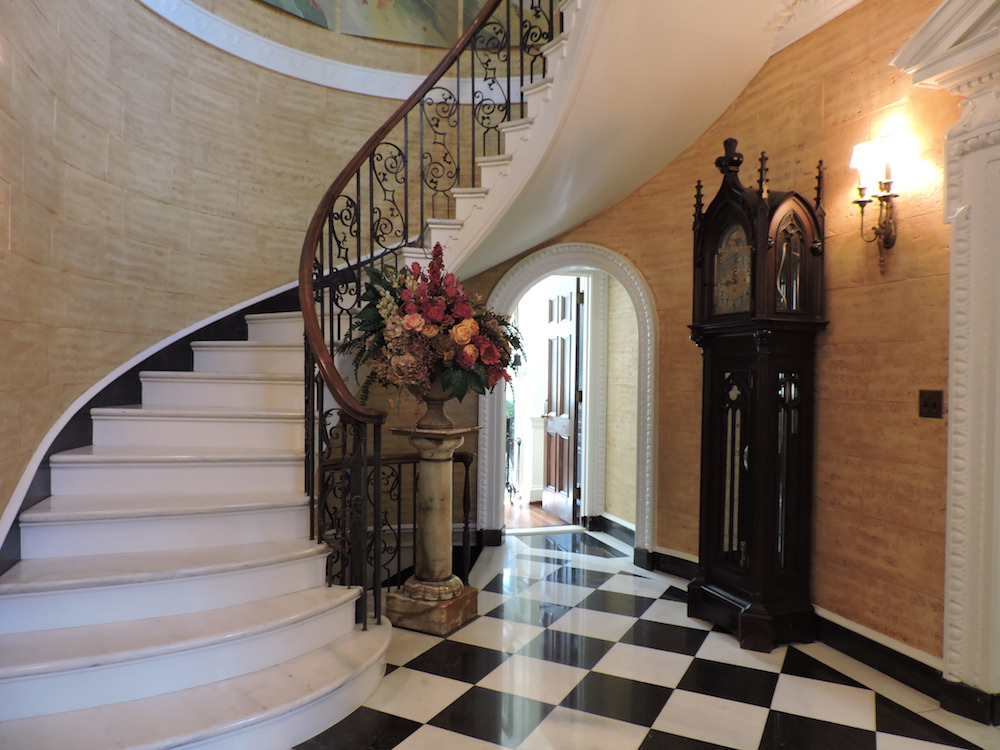 Tucked away within 154 acres of greenery and the trails of Lullwater Preserve, Lullwater House combines remnants of the old and new, though it bears little semblance to the Southern antebellum houses of its time and place.

Architecturally, the home evokes the memory of a 16th century English country estate with an exterior of quarried stone and a Vermont slate roof.

Upon entrance into the foyer, a black-and-white checkered tile floor is met with a grandfather clock and an ornate spiral staircase. Above the staircase hangs a colorful silk batik that was commissioned for President Wagner’s inauguration — an extraterrestrial, aerial view of the Lullwater estate in all four seasons, created by artist Mary Edna Fraser.

Since moving to Atlanta in 2004, the Wagners have been committed to finding balance within the home — adding their own comfortable flair by integrating personal possessions, yet still preserving its history as a whole.

“The President and I grew up very simply, and we feel that we always want people to feel very comfortable here,” Mrs. Wagner said.“I wanted it to look like a presidential home, but I wanted people to be able to feel that they could sit down on the furniture.” 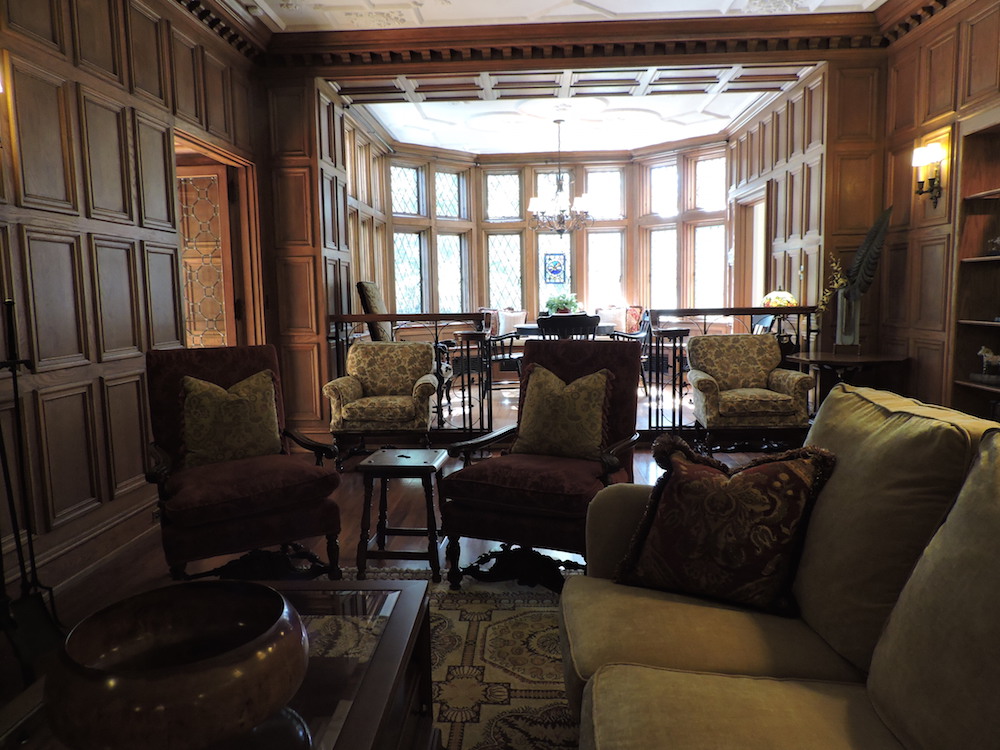 The living room offers the cozy comfort she’d hoped for; a long space with oak walls, chestnut flooring and bookshelves equipped with lights, glass and mirrors that generates more light. On the window at the alcove, the spirit of Emory infiltrates from the stained glass rendering of the University’s seal on the window, honoring the home’s purpose.

For the Wagners, Lullwater House has served as both a place of rest and entertainment, where they are able to display their generous hospitality toward the Emory community. Over time, they have accrued many memories from the traditions and happenings at the house. While some events held at the house are celebratory and casual, such as a dessert party for any Emory sports team that wins the Division III national championship, others are more formal, such as honorary degree receptions and dinners for trustees.

Many aspects of the house are aimed at easing the entertainment process: the circular shape of the dining room table is noted to facilitate conversation, and in 2005 there was an expansion to both the Great Room and the kitchen to better suit the entertainment of large groups.

“Hospitality and making people feel wanted is really important to both of us. It’s funny what you get from your childhood but my parents entertained a lot at their home. It’s who we are,” Mrs. Wagner said.

Guests of Lullwater House have included everyone from former President Jimmy Carter and the Dalai Lama, to campus-based student organizations, though its most frequent visitors are University donors. 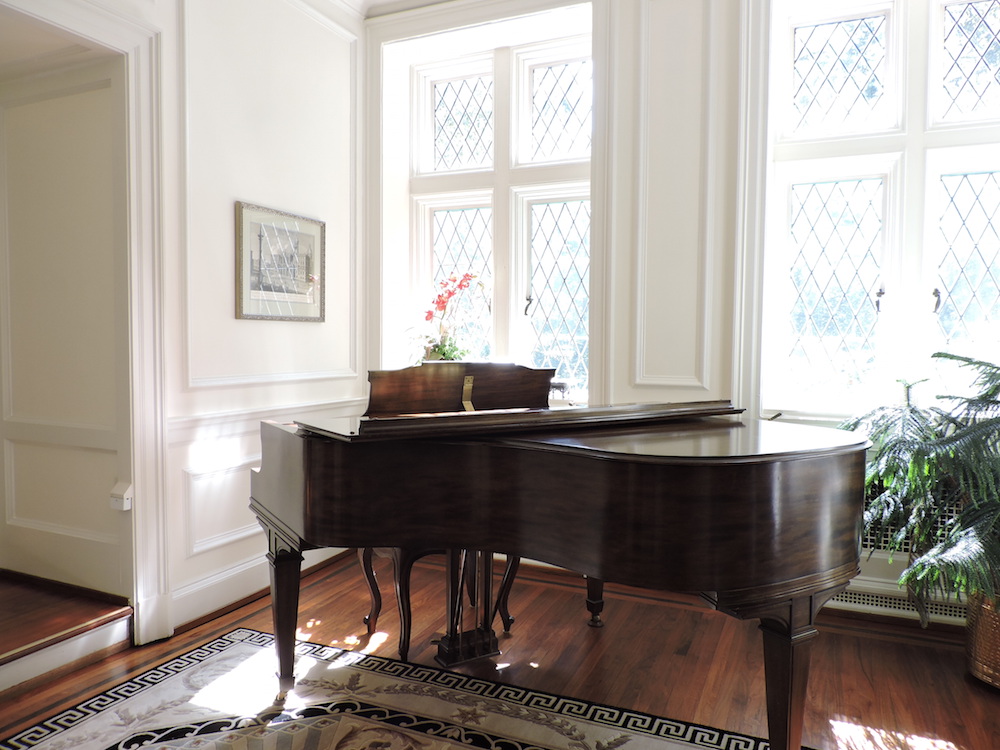 At the confluence of a 1925 home and a 2015 lifestyle are inevitable maintenance issues, particularly water intrusion, which the Wagners have addressed since their arrival.

“One of things that I feel like I have done here at Emory is make sure the house is in its best shape,” President Wagner said. “It’s all part of the journey. Some of my closest friends are the facilities men and women who help out here day in and day out.”

Although the Wagners are leaving the Lullwater estate behind, the memories of the time they spent in the home have had a profound impact on their lives.

“My favorite memories are two-fold: one would be to able to spend time here with my family,” President Wagner said.”And the second would be all the wonderful entertainment we’ve done here.”

“Over 12 years, you get to know people really well. Even if you only see them two or three times a year, you start developing a relationship with them. When you live here, Emory is part of the family, it’s everything. Every waking and sleeping minute, you are Emory,” Mrs. Wagner said. “And we’ve enjoyed every minute of it.”