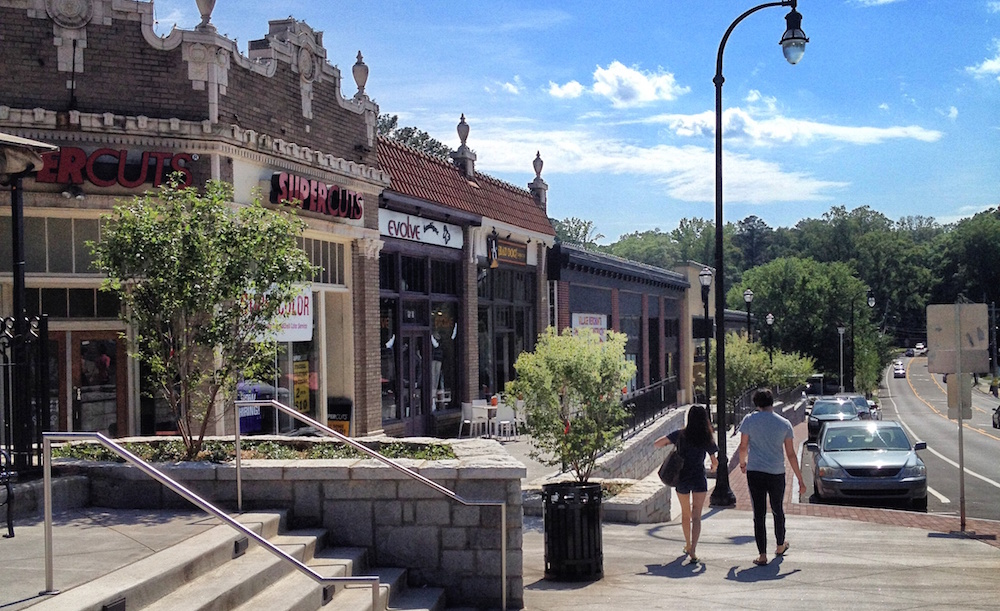 Lucky’s Burger and Brew in Emory Village has permanently closed after five years of operation, according to Lucky’s owner Ernie Geyer. The restaurant is the third in the Village to shut its doors within the last three years, after Saba and Slice & Pint closed in 2019 and 2017, respectively.

With students off campus until at least the fall semester, keeping the location open wasn’t economically feasible, he told What Now Atlanta. Its temporary closure from COVID-19 and an upcoming lease expiration provided reasons not to renew the lease.

Lucky’s came to Emory Village in 2015. Chris Munsey, the manager of the Brookhaven Lucky’s location, recalled the tumultuous history of the Village restaurant, stating that it was on “shaky ground” prior to the pandemic.

Even when students were on campus, the restaurant struggled to make ends meet, Munsey said. There were “peaks and valleys and there were more valleys than peaks.”

Munsey said that the Emory Village location shut down to financially support three other Lucky’s locations in Brookhaven, Roswell and Marietta. He emphasized the struggle of paying rent during the outbreak and surmised that other Emory Village businesses are facing similar dilemmas.

“Sales are off by about 70%, depending on the location, and we are fighting every day to survive. We have been forced to cut costs to only the essentials and operate very leanly,” the statement reads. “This complete pivot has been tough, but we assume this new environment is here to stay, at least in some way, for a long time.”

Mikala Bashale, a manager at Wagaya, a Japanese restaurant in Village, also stated that business has lulled.

After Gov. Brian Kemp’s reopening of Georgia on April 27, the three other Lucky’s locations have also opened their dining rooms.

Munsey said the month-long shutdown of dine-in services reduced revenues, though many costs, like rent, remained the same. Though non-essential services are slowly opening, he worries about making ends meet in the near future.

“The government is basically saying you can operate at 50% capacity,” Munsey said. “But the issue most restaurants are going to have is when the rent comes due at the first of next month, it’s going to be 100% of the rent due, not 50%.”

“It’s sad to see a restaurant in the Village go,” Soh said. “There’s only a few restaurants, but I’ve been to them all. I’d be sad to see others go.”