While the University’s transition to remote learning has been jarring for the larger Emory community, the sudden notice to evacuate campus housing has been inordinately devastating for many low-income students. As they’ve struggled to secure stable housing, fund last-minute travel plans and keep their families afloat, these students have become increasingly irritated by Emory’s sluggish and arbitrary communication during a time of deep fear and economic precarity.

On March 11, the University announced in a student-wide email that it would transition to remote learning and mandated that students evacuate campus before March 22. A day later, Emory circulated an extended on-campus housing application for students who would be unable to return home due to financial hardship.

Jasmine Cui (21C) said she waited days to learn whether the University would grant her extended housing for the remainder of the semester. In an email, her application was rejected and the University did not explain its decision.

Cui, who is unable to return home to New York — the state considered the epicenter of the COVID-19 outbreak — immediately applied for extended housing the day the application first opened.

She believes the University was not proactive enough in its assessment of low-income students’ situations and found the application process problematic: it forced students to share painful details of their private lives with administrators in an attempt to secure housing.

“You have to sell your pity story for them to even listen to you,” Cui said. “And if you don’t, they just leave you on the sidewalk.”

Assistant Vice President of Campus Life Dona Yarbrough, who was involved in the vetting of applications to remain on campus, declined an interview with the Wheel but provided a statement explaining that requests were reviewed “on a case-by-case basis.”

“We examined a number of factors including travel restrictions, financial restraints or other personal conditions that would have made it too difficult for students to successfully continue their studies away from Emory,” Yarbrough wrote in the statement.

Cui also noted that by the time she was rejected, she had only days before the deadline to evacuate. Unable to return to campus, she initially requested that her personal belongings be left in her dorm, but the Campus Life Finance Service Center informed her in a March 25 email that they had moved and stored her belongings. She stated that the University had moved her belongings without her permission.

Worried about her possessions, Cui asked a friend to check her room. The friend informed Cui that movers had left many of her belongings in the room.

Though the email stated she would not be charged, Cui was asked to sign a waiver through OPUS that made her responsible for costs associated with moving and storing her personal items. Cui said the confusing communication has left her uncertain about whether or not she will be charged at a later date.

Cui is currently staying in Georgia with a friend, and she remains unsure about her future plans.

Prior to spring break, Cui worked as a college consultant and a freelance writer, but due to the pandemic, both positions have been placed on hold.

“It’s definitely frustrating when you’re faced with that kind of uncertainty and instability from a lack of communication and miscommunication,” Cui said. “I definitely think the school needs to be more transparent with students.”

Sergio Eraso (23C) was similarly unsettled over the University’s correspondence. Eraso was in South Florida when he received the news of his eviction. Acknowledging that he had a less severe situation than other low-income students who faced housing instability, Eraso chose not to apply to live on campus for the rest of the semester.

He was, however, concerned about being able to fund travel to and from Emory to collect his belongings on short notice. He applied for the Student Hardship Fund and was successfully reimbursed for his flights and Ubers.

Soon after he flew back to Florida, Eraso received an email on March 18 from the Office of Financial Aid announcing a “Student Support Stipend,” which would award $1,000 to students facing financial hardship.

He received the stipend, which he was thankful for. But ten days later, the same office informed Eraso in a follow-up email that the stipend was actually an advance of his housing and meal plan reimbursement, a reimbursement that all students were promised.

“I thought that was very disingenuous of them,” Eraso said. “I’m offended that they just didn’t just tell us upfront … I think that’s one of the worst parts.”

Eraso currently lives alone with his mother, who is the family’s main source of income. Though she has been able to continue working remotely, her boss has informed her that might change in the near future. Eraso said the Student Support Stipend has been helpful for his family’s current situation, but as a result of the lower than anticipated refund, they have to recalculate their budget.

Though the University has offered measures such as the optional pass-fail grading system to assist student academic hardship, Eraso said the system puts students who enjoy more financial security at an unfair advantage. Eraso believes a disproportionate number of low-income students will  take classes pass-fail due to their turbulent situations — and therefore, this semester will not allow them to increase their GPAs — while more privileged students will have this option.

Though he acknowledges the situation is difficult for everyone, Eraso stated that many of his fellow low-income students feel abandoned by the University.

“I don’t really think they took into consideration the impact that this was going to have for low-income students,” Eraso said. “They just can’t take these sudden changes. It really puts people in very difficult situations.”

Tania Trejo-Mendez (20C) was driving back to Emory when she received the news to evacuate campus. She said she applied to remain on campus as soon as the application opened on March 12.

“It was clear to me it wasn’t in my best interest to return home,” Trejo-Mendez said.

Trejo-Mendez’s extended housing application was rejected on March 17, giving her five days to leave campus. Though she was able to collect some of her personal belongings from her room, she relied on the University to ship most of her items to her home. As of March 29, Trejo-Mendez said she has not received any information and remains unaware of where her possessions are.

Emory Travel Authority provided Trejo-Mendez airplane tickets to return home, but she said she was afraid she would contract COVID-19 during her transit through two major international airports, Hartsfield-Jackson Atlanta International Airport and Tampa International Airport. She was especially worried about possibly bringing home the virus to her parents.

“I explained [to the University] how vulnerable my parents were if I were to come back,” Trejo-Mendez said.

Having returned home to Tampa, Florida, Trejo-Mendez is restless and unnerved for her family of six. Her father, the sole source of income, has been unable to work for weeks.

Her family is primarily relying on their savings, but Trejo-Mendez has been able to help by working remotely for her federal work-study job at the Gangarosa Department of Environmental Health in the Rollins School of Public Health.

As a federal work-study student, Trejo-Mendez initially believed she would be receiving the entirety of her unused funds, as per a student-wide March 17 email, which stated: “The Department of Education has authorized the payment of unutilized Federal Work Study funds to each impacted student. The Office of Financial Aid (OFA) has reviewed the funds available and is in the process of calculating the amount eligible under this program.”

Trejo-Mendez, however, has received only a portion of these funds, and she said the University never clarified how they would disperse her unused income.

“It was really unclear as to what type of method they were using to calculate what we were owed,” Trejo-Mendez said.

Trejo-Mendez also received the Student Support Stipend that was ultimately deducted from the housing and meal plan reimbursement. She expressed dismay over the University’s obscure and inconsistent policies.

“When we got the $1,000 stipend, we were a little bit hopeful,” Trejo-Mendez said. “It seemed a lot like Emory took the credit for … listening to students and staff, and after taking credit for this and patting themselves on the back, they rolled out these specifics.”

In light of the University’s clarification, Trejo-Mendez underscored the ever-compounding burdens that low-income students continue to face during this crisis: “It has been blow after blow.” 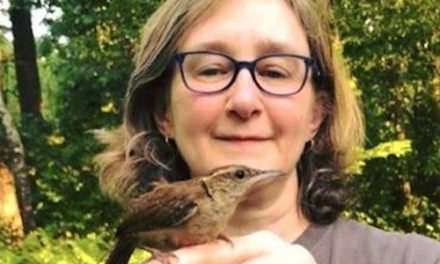 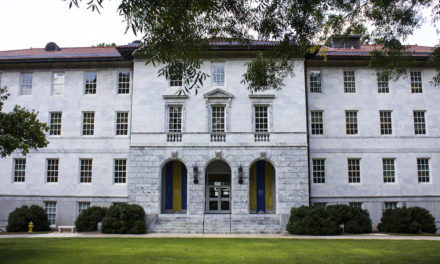