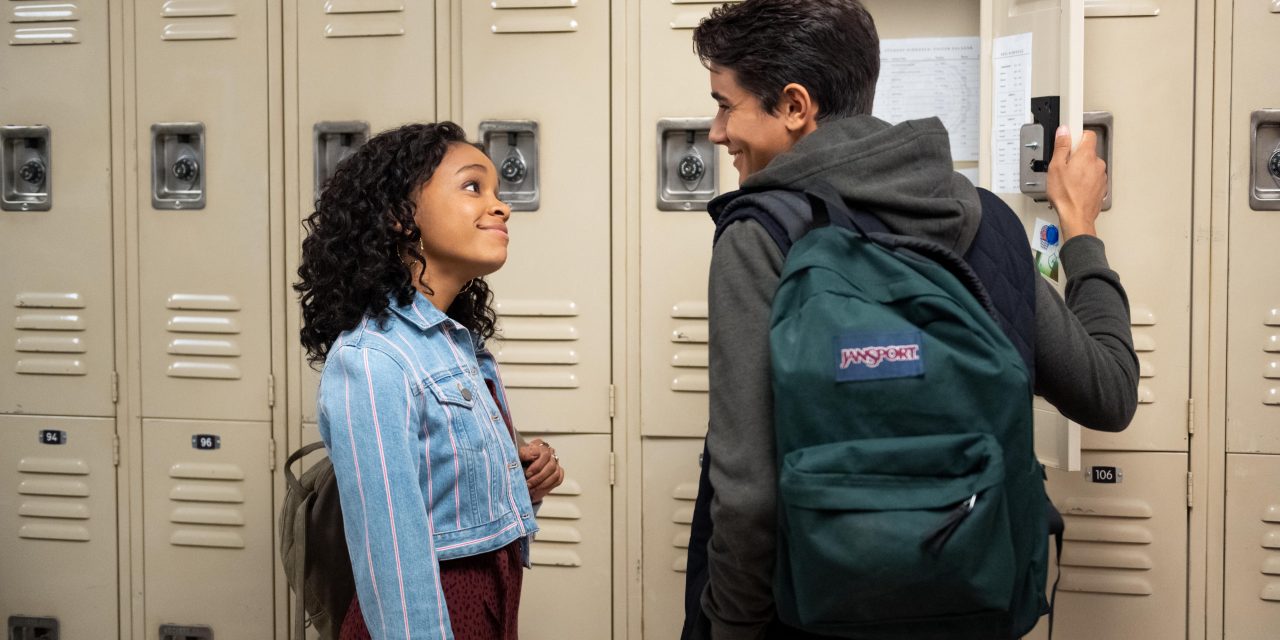 During this year’s Pride, much of the LGBTQ+ community and its allies are stuck celebrating indoors instead of the usual parade-filled festivities. One way to celebrate, especially for college students a bit distanced from the drama that goes hand-in-hand with the high school experience, is to binge the brief yet sweet Hulu series “Love, Victor.”

Originally a Disney+ series, “Love, Victor” is a spin-off of the 2018 too-picture-perfect movie “Love, Simon” that follows Simon Spier (Nick Robinson) as he navigates both the fictional Atlanta-based Creekwood High and his sexuality. “Love, Simon,” while innovative for unabashedly representing LGBTQ+ issues on the silver screen, does little to discuss the nuances of the community it aims to represent. It is Simon’s anonymous pen pal who, throughout the film, has issues that feel genuine and not made palatable for a predominately straight audience — race, religion and family issues should have instead been at the forefront of the protagonist’s experience as opposed to that of the side character. In fact, the protagonist of “Love, Victor,” loveable Victor Salazar (Michael Cimino), calls out Simon’s experience as unrealistic within the first moments he is on screen in the new Hulu show and, as a first impression, made me very hopeful that the new series would improve on what “Love, Simon” starts. 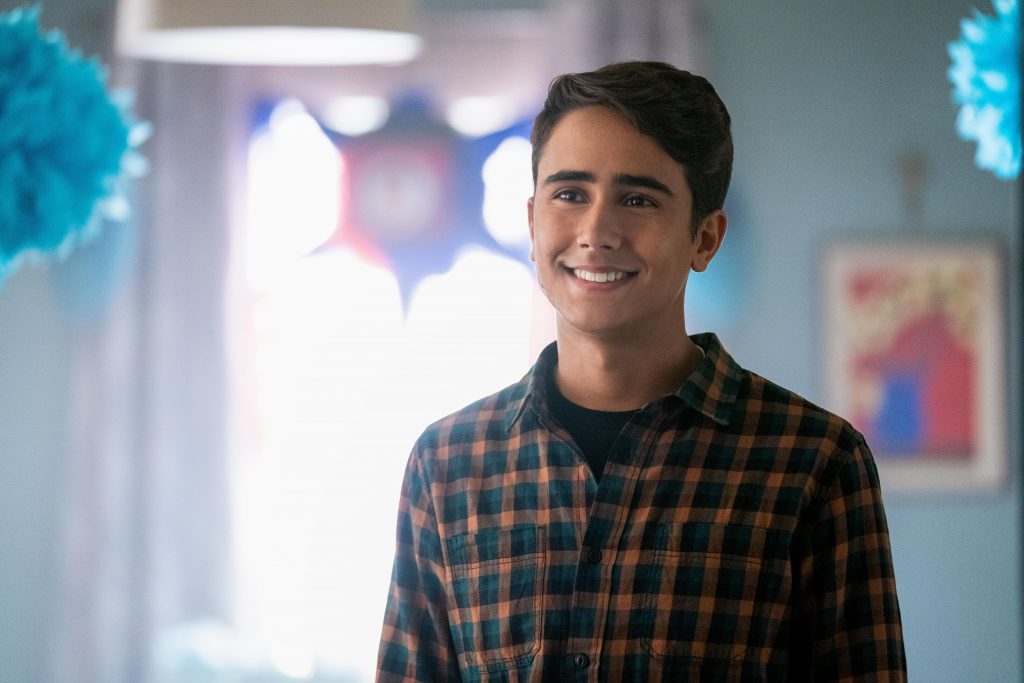 Victor Salazar (Michael Cimino) celebrating his 16th birthday with his family and friends./Courtesy of Hulu

“Love, Victor” is a teen drama featuring Victor as he moves from Texas to Atlanta and enters the world of Creekwood High one year after “Love, Simon” takes place. While much of the plot centers around Victor’s experience at school, his home life with his Colombian American family adds depth to what could easily have been another in a long list of forgettable shows of the same genre. The show leans more toward the rawness of “Never Have I Ever” and away from the trashiness of “Riverdale.”

Through the pilot episode, I was taken by the charm and familiarity of “Love, Victor.” The return to the familiar Creekwood High, as well as some returning guest characters such as the drama-teacher-turned-vice-principal Ms. Albright (Natasha Rothwell), helped ease the hectic exposition that accompanies the genre.

Quickly, the new characters took the spotlight and distinguished the show from its source material. Mia Brooks (Rachel Hilson) is a refined and witty counterpart to Victor’s excitability and awkwardness, while Felix (Anthony Turpel) makes a goofy addition to the team as Victor’s upstairs neighbor and best friend. Both Mia and Felix feature their own growth through the series, but what motivated me to stay with the show was learning more about how Victor’s sexuality influences his whole life, not just how he thinks about relationships. 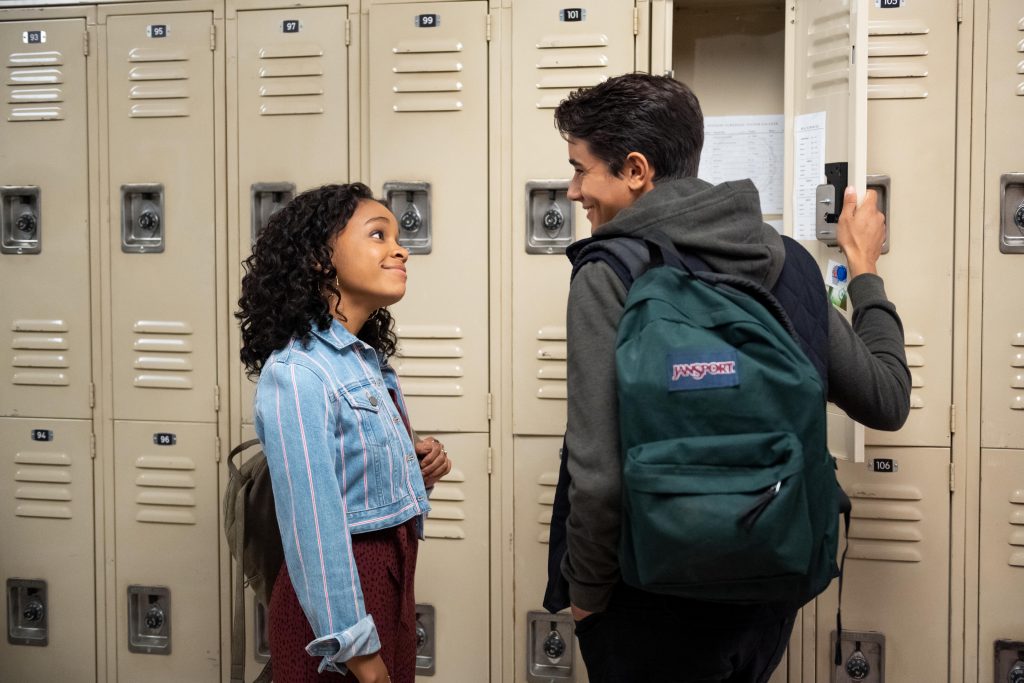 “Love, Victor” surprised me in its nuanced portrayal of Victor’s sexuality throughout the show’s plotline. Victor struggles to transfer into a new school in the middle of the year while being treated like the “new kid” and by the first day, slides into Simon Spier’s DMs to ask the legendary hero of Creekwood High for help in dealing with his sexuality-related conundrums. The series develops at a natural pace, with the end leaving me wanting more from the characters I became attached to over the 10 half-hour episodes.

One major issue I have with “Love, Victor,” and many other shows representing members the LGBTQ+ community, is that Cimino himself is not gay, yet represents a gay character. This is also an issue I have with Robinson in “Love, Simon.” It was upsetting to learn that Hulu’s spin-off of the film did not move to correct this casting mistake. According to an interview with People magazine, Cimino consulted not only a gay relative but friends in the LGBTQ+ community to effectively perform the role, but this is only a concession of such an oversight. While “Love, Victor” shows teens today that it is okay to be who you are, I wish more media would do the same with actors and actresses that identify and truthfully represent the characters they play on screen.

“Love, Victor” ventures away from other cookie-cutter high school dramas because of its existing exposition from the popular movie “Love, Simon” and its take on Victor’s struggles with his sexuality in other aspects of his life, such as those with friends and family. For anyone willing to relive the cringe-worthy moments of teen drama and romance, “Love, Victor” is worth the watch.