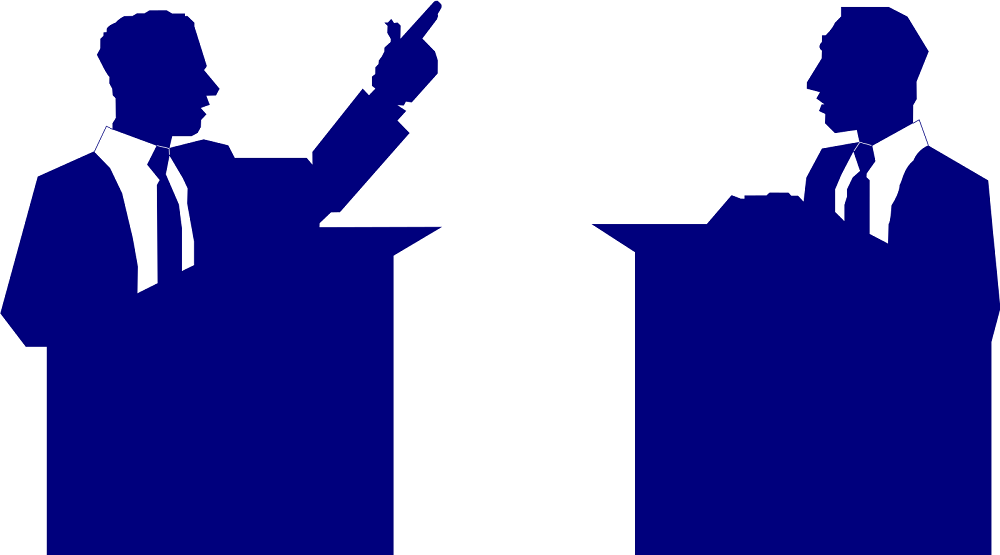 College junior Connor Crum’s editorials these past two weeks, “Censorship Obscures Hate” and “Uncensored Hate Speech Self-Defeating,” powerfully voice the value of free speech and the hypocrisy in politics these days. Crum points out how the Democratic Party, despite once paying lip service to free speech, now outright rejects it with the policies it promotes. Unfortunately, I think Crum’s opinion is just as worth hearing as it is likely to go unheard by those who need to hear it. Modern liberalism will not change its attitude towards free speech, and this is actually due to its progressive attitude.

Scottish philosopher Alasdair MacIntyre picked up on this over 30 years ago; as he remarked in his (mind-shattering) book “After Virtue”: “There seems to be no rational way of securing moral agreement in our culture.” We have lost the ability to come to agreement on moral issues in our discussions, and so even the moral goodness of allowing free discussion of moral issues has now come under question. Nothing is wrong with the Left’s willingness to censor and stifle arguments, in the context of the way we really think about things today.

All too often in political debate today we find that there are no arguments proposed that must be sorted out with reason; there is only “My Side” versus “Your Side,” and only to advance our given sides will we choose to superficially promote objective reason and the cold hard facts. Whether or not we will agree with or use the facts depends first upon what side we have already adopted; rationality simply follows irrational decision-making.

Irrational decisions, made personally and unsystematically, are the foundation of our moral stances; MacIntyre deems this characteristic of modern day political debate “private arbitrariness.” This characteristic, along with what he calls “conceptual incommensurability,” or the inability to make comparisons between conceptual frameworks, explain why arguments about morality are unending and become nothing more than shouting matches. Within the arguments of the left and the right, things make logical sense; the conclusions follow from the premises. Gay marriage is wrong, therefore it should be banned; gay marriage is not wrong, therefore it should be allowed. Both of these make logical sense, but the problem is they operate on premises of “wrong” that come from totally different viewpoints of morality, and we have no idea how to rationally weigh them.

There is a plethora of different viewpoints towards morality to adopt, and they all have a history.

Take the recent controversies over the police. The premises were made from the standpoint of pro-police or anti-police, broadly speaking, that can be traced back to philosophers like Thomas Hobbes or John Stuart Mill, Jean-Jacques Rousseau or Immanuel Kant. The need for authority to counteract an ultimately violent and destructive human nature, pitted against the need for the individual to act freely without suspicion from authority, mixed with the maximization of pleasure, the individual’s duty to the categorical imperative or with the recent theory of white privilege all-in-all make for a chaotic grab-bag of moral stances.

I doubt many minds were changed from the positions they initially took, even with evidence. There was no real political or moral debate there, because there were no shared rational criteria. You can argue perfectly rationally about whether or not something is good from within the point of view of utilitarianism, but you can’t argue rationally about whether utilitarianism or Kantianism is good, where there is no shared rational criteria, no conceptual commensurability.

None of this stuff is new; we all tacitly acknowledge the subjectivity of morality today and the uselessness of debate. Yes, there are fringe groups that are widely condemned. Crum brings up the Westboro Baptist Church as an example. But “hey, at least we can all agree Hitler is bad!” is not a coherent objective morality. Sure, most people hate racism and genocide; it’s been pretty well ingrained in us since birth. When we’re asked to explain why we should hate those things, however, beyond the simple reason that most people just do, we immediately delve right back into irrationality, arbitrary personal decision, and conceptual incommensurability. This is just a putting forth of fashionable-to-hate pariahs and scapegoats in place of coherent, shared, rational ethics, and it allows us to be more easily beguiled by the next mass manipulator. It is another symptom of our rejection of objective morality, combined paradoxically with our desperate longing for it.

The only thing that has finally changed is that we have begun to drop the pretense of embracing objectivity and shared rational criteria. We no longer appeal to people’s shared reason when we make moral commands; rather we command them to do things simply for our own personal, arbitrary reasons, our own aesthetic vision of what a beautiful world looks like, our own personal hierarchy of values like “compassion” and “liberty” or “equality” that are only echoes of an objective morality that has since been lost.

MacIntyre proposes that this causes us to treat people as “means,” mere objects that we can use to achieve our own ends, rather than as “ends in themselves,” fellow humans who share the same right and ability that we do to decide whether something is right or wrong.

When we no longer communicate on moral issues using shared rational criteria, we will use irrational criteria, and our commands can then be made using anything, including force. This is the real reason free speech is beginning to disappear.

As to whether there was ever any objectivity in the first place, any shared rational criteria in human history with which to judge right and wrong, MacIntyre makes a case in the affirmative throughout his book, and I leave it open for anyone interested in his philosophy to judge for themselves the effectiveness of his case.

However, it may be that no shared rationality will ever come to restore moral discussion, and as we abandon even the pretense of objectivity we will continue our trajectory towards censorship, force and mob rule. MacIntyre could very well be wrong, and morality then must be judged on aesthetic, subjective and otherwise irrational criteria, dooming our political and moral discussions to drift further and further into chaos.

If this is true, I personally still believe there is some hope, purely when it comes to aesthetic criteria; if reason escapes us, morality can, in the end, be sought for in the sublime. There is a comparison to be made between aesthetics and the dominant political ideology of the western world.

The transgressive aesthetic—praising what is worthy of contempt, freeing what was previously bounded, letting run loose the darker side of humanity in all of its gluttonous, violent, sexually uninhibited, selfish, antisocial glory — is not sustainable, and brings only ever-increasing dissatisfaction until it eventually transgresses itself.

Sublimity, in the end, will be sought for in the sacred and the good, no matter how intangible and impossible to rationally justify those things may seem. Until then, we’re left to witness the trappings of a society that has lost its moral reason: mass manipulation, selfishness and worship of the personal “self” as the ultimate arbiter of what is right. With this, expect more trigger-warnings and more privilege-checking — and expect that these things will only be countered, impotently, by rallies for Reagan, materialism and the “free market.”

Daniel Hanfelt is a College sophomore from Tucker, Georgia.

This article was updated at 9:50 p.m. on Feb. 4 to correct the year of College junior Connor Crum.

Despite Mac Donald’s Invective, You Belong at Emory 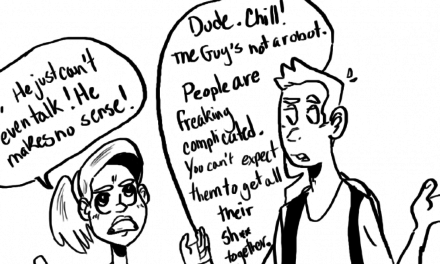