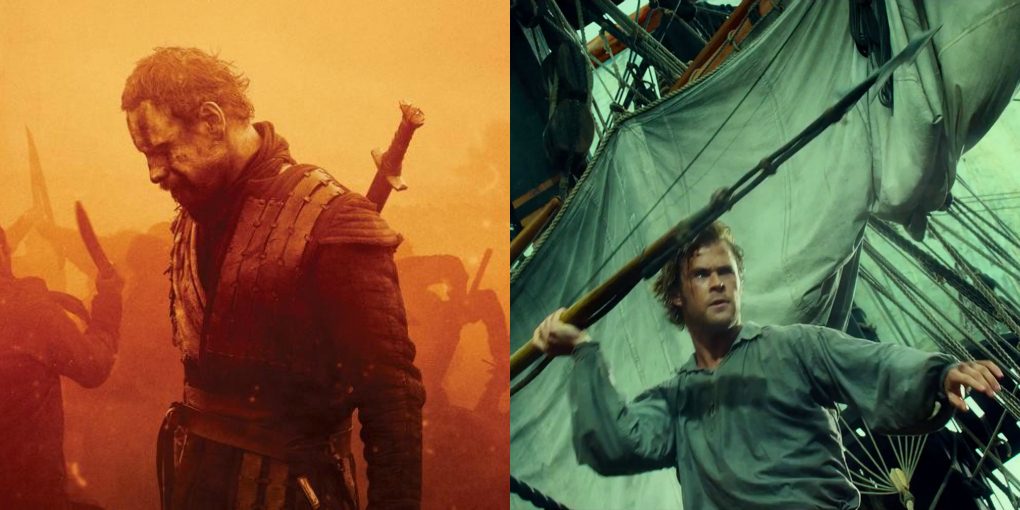 At some point during Macbeth, I realized I had stopped actually listening to the words. Which is odd, right? It’s a Shakespeare play, using the words of one of the English language’s most eloquent and fascinating writers. How could I stop caring about the words?

Partially because I couldn’t hear a damn syllable of it. The whole of the film is spoken in a hoarse whisper masked in various levels of thick Scottish accents, punctuated by the occasional wild or pained screams. I’ve never wished so desperately for subtitles in a film that was supposedly fully in English.

I’m not fully convinced that director Justin Kurzel was all that concerned about the words in this adaptation either. After all, he’s not directing a play and he’s not trying to prove his ability to work with nuance and dialogue. Macbeth is Kurzel’s announcement of himself as the next major visual wizard of a director, and, to be fair, it’s a loud one.

Despite whatever else you can say about Macbeth, it’s anywhere from foolish to impossible to deny how positively, jawdroppingly beautiful and stunning this film is. It isn’t just visually striking, it’s truly visually intense. The film swirls and loads so much into its images that it almost seems impossible to resist just letting the images wash over you in a haze of fog and color cast.

Every frame of this film seems designed to hypnotize its audience. From the long langorous shots of the Scottish countryside to the fiery and suffocating finale, it’s an immaculately composed work from actor to backdrop. The costumes say more than the words ever do, such as Macbeth’s (Michael Fassbender) loose and swimming robes, which truly make him look like a child playing a king.

And the performances are first class film performances. I specify film performance because I’m sure theater fans are going to have a problem with the line readings of the characters, but their physical presence is absolutely stunning. With a cast consisting of Fassbender, Marion Cotillard, Sean Harris and David Thewlis, it shouldn’t be a surprise that the performances are this strong. Every character lives a full life in their face and body language, enough that I fully understood their emotions, even if I couldn’t understand a word they were saying.

I know that I keep harping on how difficult the dialogue was to understand, but it’s indicative of what is Macbeth’s largest issue. No matter how hypnotic and gorgeous the it is, it’s never getting quite to the heart of the story. It’s an interesting take, focusing on a mad Macbeth dealing with his grief and the paths that it leads him down, but while the visuals seem to enrapture us to watch, they keep us at a distance from connecting. It’s a cold and distant film, which isn’t what Macbeth, doubly so this version of Macbeth, needs to be.

An amazing reel for its director? Sure. More proof that Fassbender and Cotillard are some of our greatest working actors? Yes. Well-worth watching to simply take back and absorb the imagery? Definitely. An essential watch? No.

In the Heart of the Sea

Did you know that Moby-Dick was based on a true story? Well, if you didn’t, In The Heart of the Sea sure wants you to know that.

It’s a film based on the 2000 nonfiction book of the same name by Nathaniel Philbrick. It’s the true story of the Essex, a whaling ship that was sunk by a sperm whale and the harrowing tale of the crew that had to survive on the open sea. They were buffeted by storms and baked by heat, constantly hunting for the whale that took the lives of their crew and eventually forced into cannibalism to survive. It’s the story of two men, Captain George Pollard (Benjamin Walker) and first mate Owen Chase (Chris Hemsworth), and the clashes between them that would be just as responsible for bringing down the ship as bringing down the demon whale.

It’s a story that apparently simply isn’t enough for the film version. Because in one of the most baffling decisions in some time, the film is framed by the story of author Herman Melville (Ben Whishaw), who wrote the novel Moby-Dick in 1851, interviewing one of the surviving crew members, Tom Nickerson (Brendan Gleeson as an older Nickerson, Tom Holland as a younger Nickerson). While the main plotline asks us to follow the story of these men desperately fighting for survival against the elements and the odds, this frame story asks us to care deeply about Melville being worried that he’s not a very good writer. The film also wants its audience to believe that Melville’s deep secret fears of inadequacy is equivalent to the guilt Nickerson feels for having eaten people in the desperation of survival.

You see how silly that sounds?

I know it seems like a weird hang-up, but this story gets into the larger problems of In the Heart of the Sea. It has a story that should be richly cinematic and harrowing, but here, the instincts of the filmmakers, director Ron Howard and writer Charles Leavitt, seem to be too obsessed with turning sentimental to allow the story the proper space and room to breathe. The story distances us by introducing elements that aren’t essential in the telling of the only element that is interesting: the survival story.

And the weird decisions carry over into the performances. Everyone is competent, and even enjoyable. Hemsworth is in his element, being generally handsome and charismatic and also kind of a dick. Holland turns in an admirably charming performance as well, reassuring for his upcoming turn as Spider-Man. And Cillian Murphy continues to prove himself as an underrated and consistent supporting player in any film.

But there’s something particularly distracting: the accents. I know, it seems completely stupid to focus on them. But Hemsworth picks up and drops a Boston accent scene-to-scene, even reverting to his weird Thor accent at times. Gleeson and Holland both clearly have different ones despite playing the same character. It’s a detail that should have been caught in directing or editing, but without any story reason for it, it comes across as sloppy.

At least the film is pretty. It’s striking and an intense and even properly ugly experience out on the sea.

Those looking for a compelling take on this story should just read Moby-Dick or check out local metal darlings Mastodon and their 2004 album Leviathan. With In the Heart of the Sea, you get a take that aspires to grand and sweeping, but it comes across at most as competent and watchable. It’s a film that would make for a good TNT afternoon viewing, but a fairly boring theater experience.