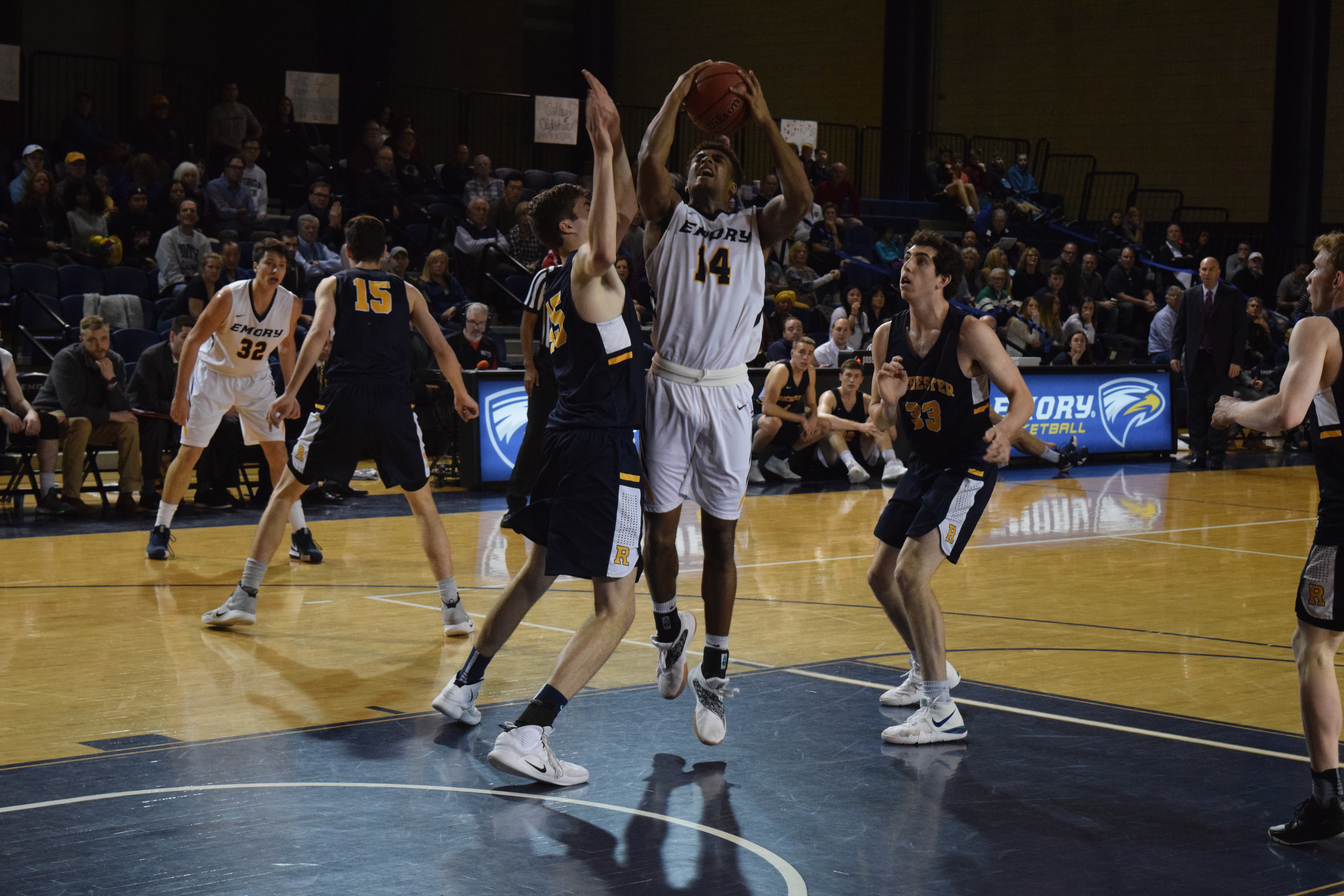 With the end of March Madness, it’s time to reflect on the emotional roller coasters that were the 2021 NCAA Basketball Tournaments. There have been a considerable number of upsets this year, calling into question the importance of a team’s record and ranking as they enter the tournament.

Gonzaga University (Wash.) was the overall No. 1 seed in this year’s tournament, which comes with its upsides and downsides. As the highest seeded team, the accomplishment may give the team swagger and promote confidence in their chances to win. However, this ranking also comes with the expectation to “go all the way” and win the tournament.

There is no doubt that a higher ranking comes with higher expectations for tournament success, but this has driven teams like Gonzaga and Baylor University (Texas) to hold themselves together as they remained the two-highest seeds in the Final Four. As for teams like the University of Illinois and Ohio State University, which had a one and two seed ranking, respectively, going into the tournament, they were driven past their breaking points and lost to lower-seeded teams. While the underdog teams look to dash the hopes of higher-seeded teams, some double-digit seeded teams, like the University of California, Los Angeles Bruins, made remarkable runs in the tournament, with the Bruins reaching the Final Four.

In 2018, Emory University’s men’s basketball team clinched their sixth-straight bid to the NCAA Division III Tournament. In the same season, the Eagles tied for third for the school’s record of most wins in a single season in program history. Unlike the Division I bracket, the Division III bracket does not seed teams in a bracket. However, teams are still placed in similar locations on the bracket as the teams in the Division I tournament, so teams like Emory can infer where they stand in the rankings.

Senior guard Nick Stuck was a part of that team as a freshman. He remembers the team’s run to the Sweet 16 very well but remarks how little an impact bracket placement had on the team.

“Letting a ranking or seed determine your focus is how you get upset in the tournament,” Stuck said. “Whenever you play in the NCAA Tournament, you need to execute your game plan at a high level in order to have a chance to win.”

Assistant coach and former men’s basketball player Gebereal Baitey found that team culture, which was solidified in the locker room, at practices and in games, was far more important than their seed. Emory, and other teams, try to never let a ranking of themselves or another team affect what they do, he said.

“Rankings are great and all, but at the end of the day, whether your team is ranked No. 1 or No. 100, you still have to show up and play,” Baitey said. “I’ve gone into the tournament with seedings that were higher than what we expected as well as with ones that were lower, but in every case, nobody we faced was willing to just lie down and accept defeat on account of what the numbers said.”

However, in the following season, the women’s basketball team secured their first NCAA Tournament berth since 2013 — and the program’s fourth ever. Junior forward Anna Arato, who was a freshman at the time, was well aware the team’s opponent, Trine University (Ind.), was the third-ranked team in the country.

“Everyone was definitely nervous and had heightened expectations around the game,” Arato said.

The men’s basketball team has consistently made the tournament in recent years, creating the mentality of being the most dominant team on the floor. The team needed to maintain the focus that got them through the regular season and into the postseason. The men’s team’s success also wasn’t exclusive to the 2018 season — in each of the six years leading up to that season, the team was quite successful in moving past the first round in the NCAA tournament.

The women’s team came into the 2019 NCAA Tournament knowing they were the underdog with something to prove. Arato admitted that when they entered the postseason, the team continued to execute in a way that brought them success.

“[We] stuck to a pretty consistent game plan, regardless of who we are playing,” Arato said. “With the exception of tweaking a few things in our offense depending on personnel of the other team.”

Despite one’s record or ranking, seeding does not have as strong of an influence on the teams who physically step on the court as it does for viewers who are at home watching. The pressure of putting together a good performance will always prevail for any team despite their seed ranking. Exceptional pressure will be placed on players and coaches no matter what, but how they respond to that pressure will determine if they satisfy the self-fulfilling prophecy of seed rankings. 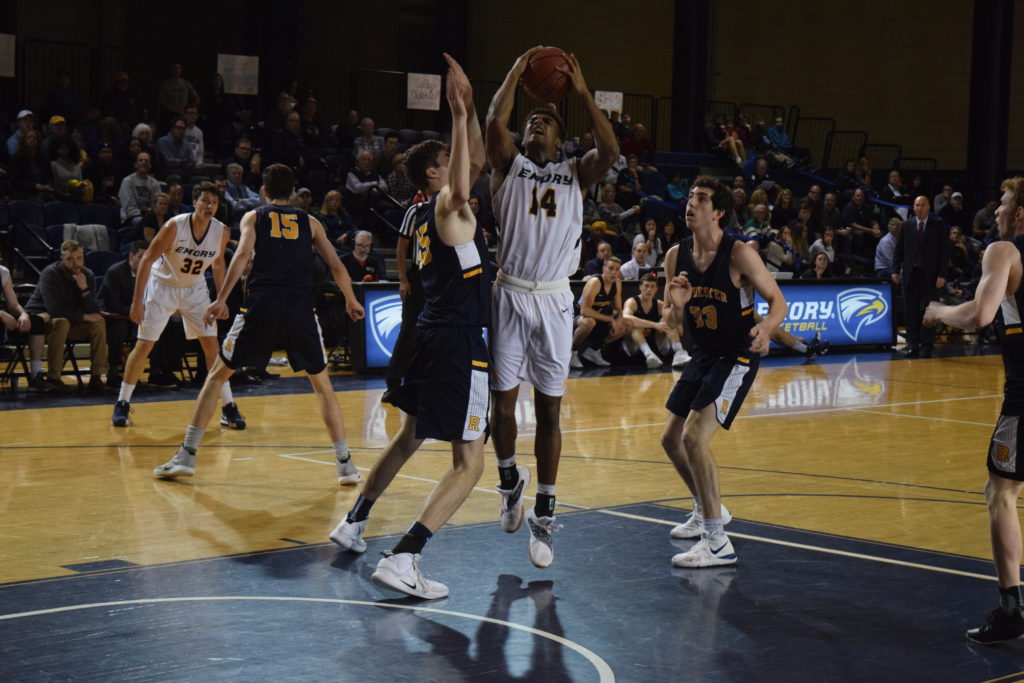 Then-sophomore forward Lawrence Rowley goes up for a layup against the University of Rochester (N.Y.). The Eagles clinched the 2019 UAA Championship in the win over Rochester to secure a spot in the NCAA Tournament. (Emory Wheel/Forrest Martin, Former Photo Editor)

Olivia McBerry (24C) is from Bethesda, Maryland, and is on the pre-med track. Outside of the Wheel, she plays on the Emory women’s soccer team. She is also involved in Emory Pre-Health Shadowing, which connects undergraduate students to doctors and health care workers at Emory Hospital.