Lipstick, Lust and Liberation: Plaza Theatre’s take on ‘The Rocky Horror Picture Show’ Shies Away From Nothing 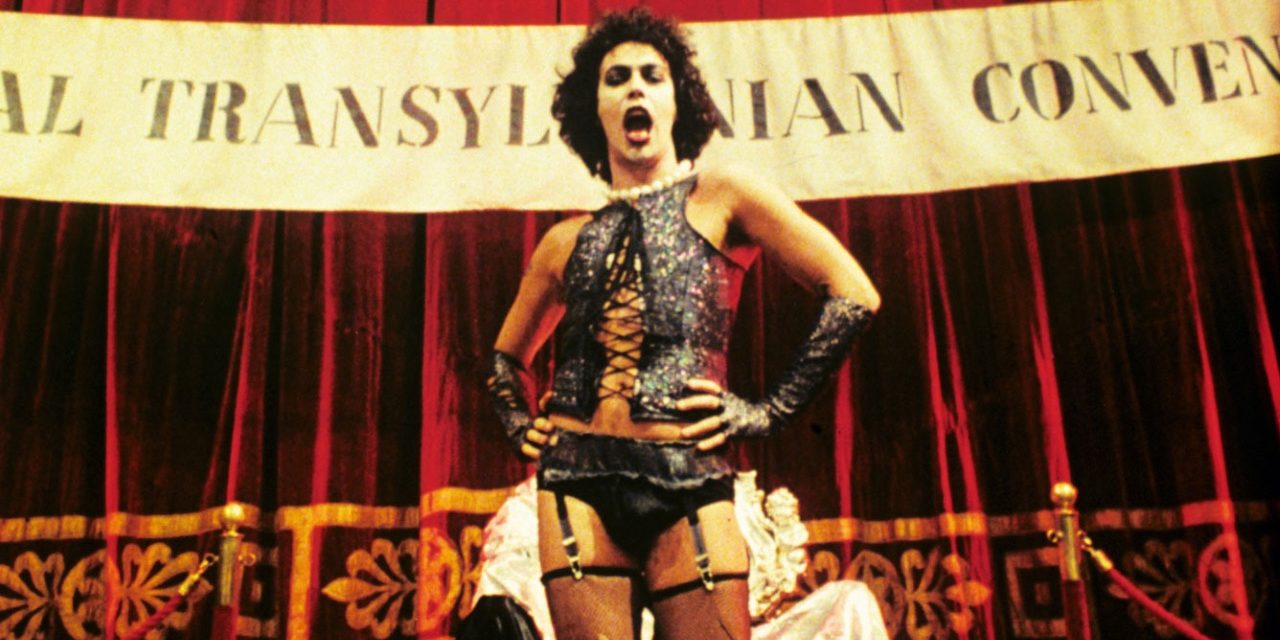 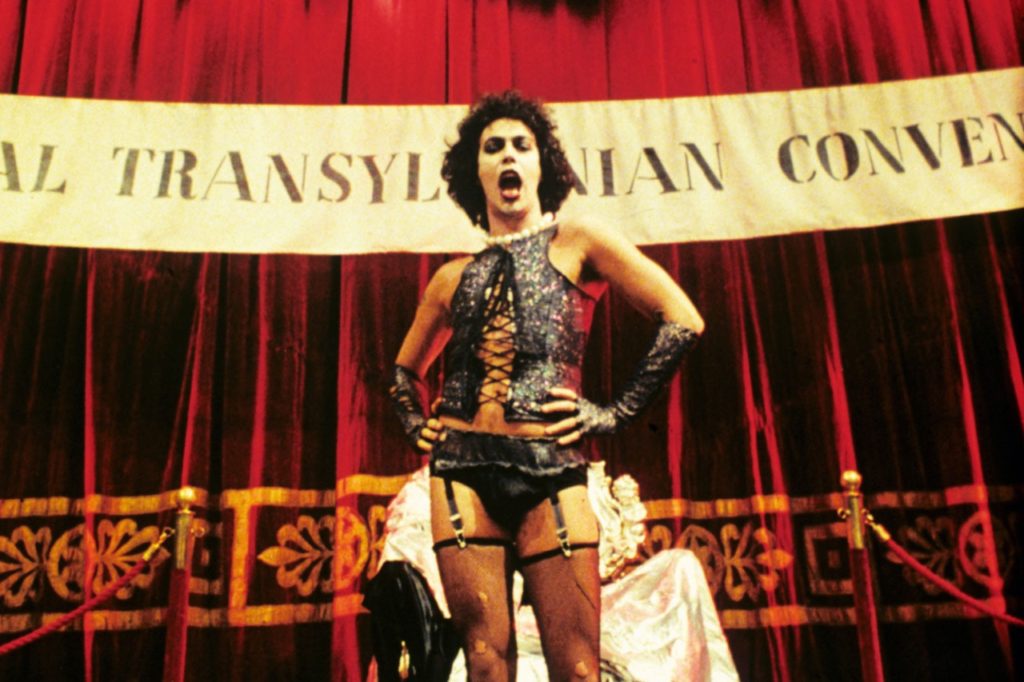 It’s midnight on a Friday and instead of heading back to my dorm, I’m at the doors of the Plaza Theatre, ready for the “The Rocky Horror Picture Show.” I enter a buzzing lobby lined with vintage posters and am immediately greeted with a tube of red lipstick and the question, “Are you a Rocky Horror virgin?” “Virgins” are people who, like me, have never experienced “Rocky Horror.” As per Plaza Theatre tradition, virgins wear a bright red “V” on their forehead. I instead opt for one on my hand and make my way to join the sprawling line of fellow virgins, newer fans and longtime devotees.

Apart from a short trailer of a scantily clad, lipstick-wearing Tim Curry, I have no idea what to expect from the show. After some time, I make it to the entryway. I briefly meet one of the cast members, a title sequence dancer dressed as Minnie Mouse in a leotard, before being ushered into a night of Taylor Swift, crude humor and wet newspaper.

The premise of “Rocky Horror” is simple: Brad Majors (Barry Bostwick) and Janet Weiss (Susan Sarandon), a newly engaged couple from Denton, Ohio, are stranded after their car breaks down. Conveniently, they come across the spooky mansion of Dr. Frank-N-Furter (Tim Curry), where they are thrust into a world of science, monsters and sexual liberation.

But the Plaza Theatre tests the boundaries of “Rocky Horror.” Concurrent with the run of the film, a group of performers take the stage.The actors are members of Lips Down on Dixie (LDOD), a nonprofit theater company that pushes for inclusion, artistry and authenticity. They serve as a shadowcast for the film — somewhat echoing what is seen on screen, somewhat elevating the film’s liberated take on sexual expression.

Though Curry’s performance is almost impossibly excellent, the shadowcast nonetheless elevated the “Rocky Horror” experience. There are some deviations from the film — the shadowcast actors are much younger than the film’s (notably, LDOD only incorporates young adult actors in their performances), and the performers also physically engage the audience. They urge the audience to leave their seats for the film’s iconic “Time Warp” dance. They spray audience members with water, forcing people to use their newspapers as cover.

The show also makes an effort to underscore sexual liberation as a theme, which manifests in a few ways: sensual dancing at the film’s title sequence, partial nudity and re-enacting moments of intimacy without the film’s careful censorship.

Most importantly, however, the show offers a stronger comedic presence than the film, incorporating humor in various ways. Actors on stage as well as actors sitting amongst the audience shout derogatory remarks to the actors on screen. The Plaza Theatre mostly forewarns the audience about the potentially offensive nature at the show’s start. Some jokes are simply unestablished quips — for instance, one actor declares that they identify as a Hufflepuff during the show. Some one-liners acknowledge elements of the film: when a coffin appears on screen, an actor suggests that inside it is Taylor Swift’s music career. More common, however, are jokes that play off the film actors’ lines. A character labeling something as an “illusion” is met with performers yelling “like your neck!” — a quip at the actor’s high-collared suits.

But aside from these liberties LDOD takes, the live-action show brilliantly mirrors the film. Lead performer Angel Schmeck presents a somewhat toned-down yet nonetheless emotionally believable performance of Dr. Frank-N-Furter. Costume, makeup and casting are true to the film and reflect attention to detail and professionalism. And when paired with the film’s spooky setting, the show’s comedy and interpretation of sexuality offers a unique, memorable experience as the Halloween season sets in for students.

“The Rocky Picture Horror Show” at Plaza Theatre is an enduring Atlanta tradition. The show runs every Friday night at 11:55 p.m. from late September to early December. For those interested in comedy, horror or in simply having a good time, “The Rocky Horror Picture Show” is a definite must-see.