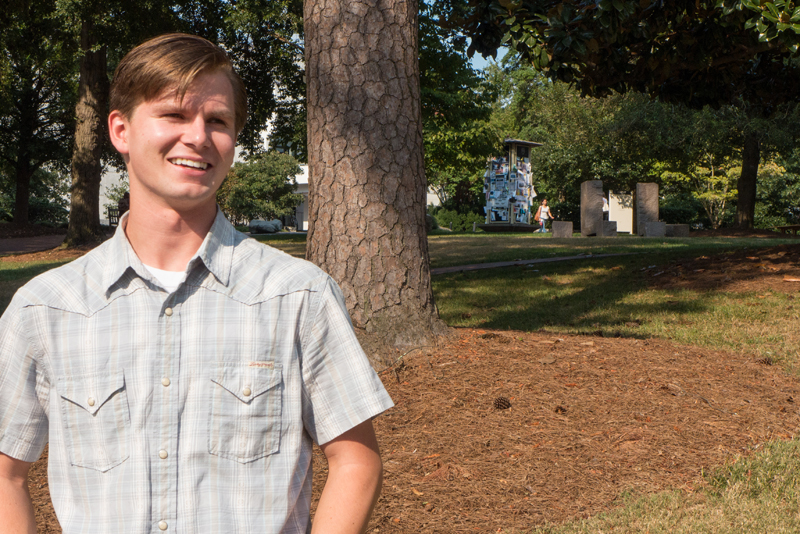 “Politics” has become somewhat of a dirty word in today’s society. With the ever-rising polarization of public opinion, one would think there is no place for an ideology outside of the traditional two-party political system in the United States. Even on Emory’s campus, the two political groups, the Young Democrats and the College Republicans, have been the only two on campus for the past four years. However, College sophomore Rob Dunn decided to change this.

Last year, Dunn formed a new club to facilitate this change called the Young Americans for Liberty (YAL). This national group arose in the wake of libertarian-minded Republican Ron Paul’s 2008 Presidential Campaign and formed across many college campuses in the United States.

Dunn, a registered Republican and former member of College Republicans, believed the libertarian voice was lacking on campus.

However, Dunn insisted that the group does not support one particular ideology or candidate.

Dunn hopes that the club won’t be labeled as simply “libertarian.” Accordingly, the term “libertarian” does not show up once on the club’s Facebook page bio.

Instead, Dunn insists the club is “non-partisan” and “libertarian-minded.”

A major factor Dunn considered when emphasizing the club’s non-partisan nature was his belief that in today’s political sphere, it is much harder for third-party candidates to break into the mainstream. Rather than focusing on supporting a candidate, he believes that the group will be more productive when working towards common goals.

“I believe in policies that make sense and will support such policy regardless of their label,” he said. “We believe in keeping government out of our wallets and out of our personal lives. So far, there wasn’t an organization that offered students that hybrid of beliefs.”

Now, you may be wondering: am I libertarian?

At the Student Activities Fair, where the group had more than 60 sign-ups, YAL offered a quick quiz for interested students to see where they stood on the political spectrum.

Not everyone who signed up was libertarian-minded. Dunn stated that the sign-ups were diverse and all were welcome.

Even someone who described herself as “anarcho-socialist” signed up, he said.

Dunn believes that this diversity will foster healthy debate and limit groupthink mentality, a problem he sees in many partisan organizations which entails a tendency to go along with the majority opinion.

Alexius Marcano, College sophomore and campaign coordinator for the Young Democrats of Emory, and a close friend of Dunn’s, also likes the idea of healthy debate on campus. Although he doesn’t agree with all aspects of libertarianism, Alexius said he is interested to see what kind political dialogue it creates.

“I’m definitely looking forward to seeing YAL become a part of the campus’ civic society and bringing its own input into political discussions that are worth having,” Marcano said.

The College Republicans are also looking forward to opening a political discourse on campus.

“Even though the groups advocate similar causes, they have different events and raise political awareness in different ways,” said College sophomore Amelia Sims, who is the treasurer for the College Republicans and co-founder/treasurer of YAL. “I also think that working together to host speakers and such could be beneficial for both groups.”

This coming week, Emory YAL will be celebrating the Constitution and the Bill of Rights. At Wonderful Wednesday, they will have a giant Constitution that students can show their support for by putting down their own John Hancock. On Friday at 6 p.m., they plan on showing the 2000 film “The Patriot,” starring Heath Ledger and Mel Gibson, in Harland Cinema.

Going forward, YAL hopes to host debates with other groups on a variety of issues, host special guests and lecturers and possibly present a 2014 Senate election debate here on campus.

Ultimately, Dunn hopes that this group can unite Emory students on the right.

“One thing that unites us on the right is a common distaste for the left,” he said. “It’s a blessing and a curse.”