On March 28, 1941, Virginia Woolf washed away her existence in the River Ouse: a mind so unimpeded and revolutionary, a consciousness flowing with such authenticity and precision perished from the earth into the cold torrent of the river. Eighty years have passed since her tragic death, but her writing, thoughts and ideals still shine against the passing of decades, unerased and undiminished by the flow of time.

In her essay “A Room of One’s Own,” Woolf poignantly pointed out that gender-based oppression stifled female writers’ creative expression. But even today, when the average, middle-class woman possesses money and a room of her own, the suppression Woolf identified is far from obsolete. Though it may seem like women today have the right to education and the ability to pursue their careers, this doesn’t capture the whole truth. Even in liberal democracies like the United States, childcare and domestic duties still disproportionately burden women. In countries where female genital mutilation is still legal, the devotion of women to their domestic lives is only a trivial part of their miseries.

In the U.S., gender disparities in domestic duties are still significant. While 73.7% of mothers with children under the age of six need to clean up and prepare food on workdays, only 45.2% of the fathers do so. How can a woman possess a tranquil mind when the crying and screaming of her children deafen her, the fumes of the stove suffocate her and incessant cleaning and washing debilitate her? What I characterized is still a peaceful household, without considering the presence of intimate partner violence and domestic violence. Though gender-based violence is present in the U.S., women’s conditions are even worse in less democratic countries such as Uganda, Mexico, Ethiopia and Zambia, where more than 40% of the women have experienced physical or sexual violence in the 12 months prior to the U.N.’s survey. In countries where the deprivation of their human rights is the norm, can these women’s conditions truly be considered an improvement  compared to those of Woolf’s era?

While Woolf’s works call for vigilance against the oppression of female authors, she also examined women’s misrepresentation in fiction. Woolf criticized heterosexual male writers for portraying female characters as ludicrous, impossible mixtures of contradictory elements: “heroic and mean; splendid and sordid; infinitely beautiful and hideous in the extreme;” she is “a worm winged like an eagle; the spirit of life and beauty in a kitchen chopping up suet.” These unrealistic characterizations distort women’s true state of existence and dehumanize them to mere objects of the male gaze. Though we have witnessed more varied female characters in the past 80 years, women in fiction are still reduced to contrived clichés. For instance, Kate Raphael, the author of “Murder Under the Bridge,” complained that there is still a stereotype that female characters should be fashionable, beautiful, vulnerable and strong at the same time, which oversimplifies the struggles that women face. 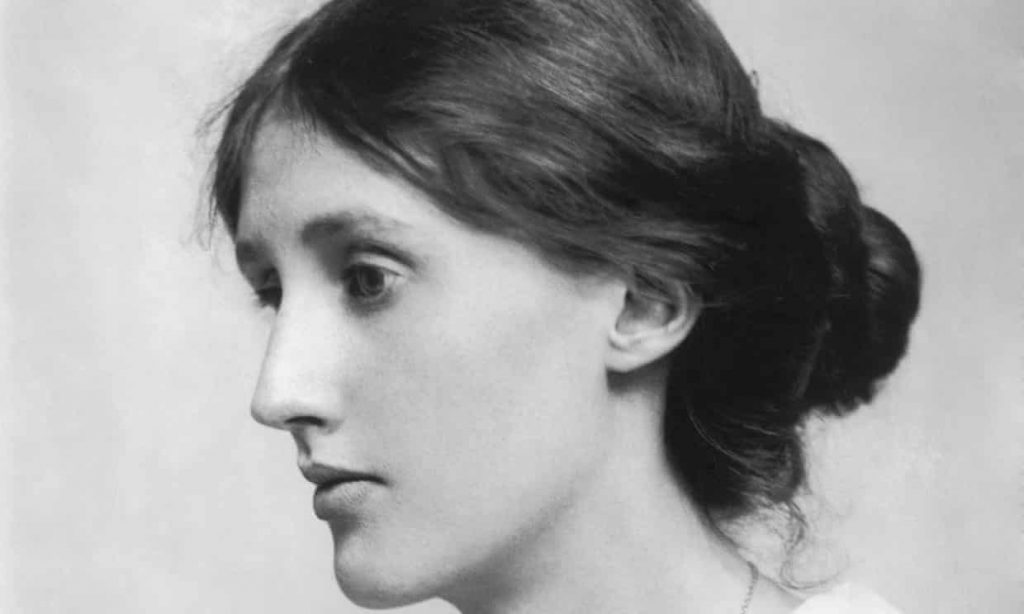 Aside from criticizing women’s distorted representation in fiction, Woolf also challenged society’s heterosexual norms. In “Mrs. Dalloway,” Woolf employed a stream of consciousness technique to narrate the romance between Clarissa Dalloway and her childhood friend, Sally Seton. When Sally stopped, picked a flower and kissed her on the lips, Clarissa felt “the revelation, the religious feeling” — only to have her suitor, Peter Walsh, remind her of her cold, dark reality. Woolf’s depiction of homosexuality is revolutionary, reinventing women’s role in romance when novels have long depicted women as a mirror for men in their romantic relationships. Even today, LGBTQ+ characters only appear as primary or secondary characters in less than 4% of literature. The majority of fiction either utterly neglects the LGBTQ+ population or keeps them in the periphery of their discourse. Unfortunately, the deconstruction of heterosexual norms in society still has a long way to go.

Feminism and queer representation are important aspects of Woolf’s works, but they do not encompass her complete discussion on gender. Instead of being antagonistic and critical of masculine traits, Woolf emphasized the value of both masculine traits, such as strength and resolution, and feminine ones, like softness and sympathy — which can transmit emotions without the impediments of social norms and conventions. She acknowledged the importance of both male and female power but emphasized that they should be equal, undivided and inseparable. While there should be no definite distinction between what genres are for women and for men, there is still an unbalanced representation of different genres in fiction, with males still dominating the public sphere and women restricted to domesticity. Rosie Cima, data journalist for the Scripps Washington Bureau, found that since 2010, male authors have written 97% of best-selling politics novels, whereas female authors have contributed to 73% of domestic genres and 83% of romantic fiction. It is not the case that female authors are not willing to write about male-dominated issues, but rather, they face roadblocks because publishers cannot accept the unconventional depictions of female characters. Raphael mentions that a publishing agent once rejected her book because its protagonist — a defiant Palestinian policewomen — possessed characteristics that male characters in mystery novels commonly hold.

Some may argue that the long list of successful contemporary female writers, like Elena Ferrante, J.K. Rowling, Celeste Ng and Glennon Doyle, prove that the underrepresentation of women in writing is nothing but an exaggeration. However, the success stories of the lucky few fail to account for the obscurity of the majority. What we need today is not a single, or several Judith Shakespeares to thrive, but a world where every ordinary woman can achieve her full potential without impediments or constraints. What we need is a shift away from social norms to free women from the cage named domesticity. This shift should include legislation that relieves the family’s burdens of childcare, publishers who value diversity and are open to the work of non-traditional writers, and readers who can appreciate works outside of their echo chambers constructed by male heterosexual norms. Eighty years have gone by, and we can give women more than money and a room of her own. We can give them liberation beyond material well-being.