Leida Cisneros (21C) was seven years old when she walked from El Salvador to the U.S., crossing deserts and the Rio Grande to reunite with her family and pursue the American Dream.

Cisneros’s father had already migrated to the U.S. when she was born. A sick child with asthma, Cisneros was left behind in El Salvador with her godmother as her mother and siblings left for America.

“My grandmother didn’t think they should take me as a sick child, thinking that I shouldn’t be in an airplane at two months old,” Cisneros said.

Raised primarily by her godmother with the help of her aunts and uncles, Cisneros came to consider her guardians in El Salvador her true family. She often sent her parents letters, but only knew them through photographs. Only when she turned seven years old did her parents decide that she could safely make the trip.

With the help of several coyotes, or smugglers, Cisneros walked from El Salvador to the United States. Along with her aunt, she and a group of refugees from countries including Honduras, Guatemala and Mexico embarked on a journey that involved a five-day trek through the Arizona desert and a crossing at the Rio Grande, where the coyotes pulled the refugees onto land in tires.

“I didn’t think I was gonna make it because there are so many people that never make it to the U.S.,” Cisneros said. ”They either die trying to cross the Rio Grande — there are so many bodies [there] — or in the Arizona desert.”

In Texas, the coyotes packed the migrants into a minivan “like sardines” and transported them to Charlotte, N.C. On Oct. 6, 2005, two weeks after her birthday, Cisneros finally arrived at her destination. She entered another minivan, expecting to be relocated again. Instead, her parents met her inside with a teddy bear, ready to welcome her home.

“It was pouring [that day] and I remember getting out of one minivan to the other,” Cisneros said. “Then it was actually my parents in there.”

Having grown up as an only child for seven years, Cisneros admitted that it was difficult adjusting to having three siblings. Her siblings had been raised in different conditions, and though Cisneros said that she had to get used to sharing, she said the four are now extremely close.

In middle school, Cisneros’s teachers nominated her to join Circle de Luz, an organization that aims to empower Latinas by giving them educational support. Now a spokesperson for the organization, Cisneros gives back by working with different low-income middle schools in North Carolina to promote post-secondary education to Latinas.

Cisneros, who identifies as a “gay DACA Latina,” said she hopes to be a champion in her community to promote education and inspire belief. Receiving DACA status at 16 years old broadened her path, allowing her to work, obtain a social security card and study for a driver’s license. Her DACA status also allowed her to pursue higher education and consider working in economics.

Before Cisneros transferred to Emory University, she worked 3 a.m. to 10 a.m. shifts at Krispy Kreme while attending classes after work at Central Piedmont Community College (CPCC) (N.C.). She graduated from CPCC with an associate degree in economics. Now, Cisneros is pursuing a double major in economics and business administration at Emory in hopes of becoming an economic consultant for developing nations.

Cisneros said she did not expect to attend a school like Emory and receive the 2018 Golden Door Scholarship, which provided a full ride. She says Emory has helped her pursue higher education by giving her access to lawyers and staff who could help her with her DACA paperwork.

“[My family] agreed to pay for any institution that is DACA-friendly,” Cisneros said. “[Those schools are] schools like Harvard, Georgetown and [other] really amazing schools. I weighed my different options and definitely felt more at home here [because] they have an amazing LGBT community [and] amazing resources for DACA students … and I wanted that diversity.”

“She told me her background and said what she wanted to do, but [that she] did not think she would ever get there,” Gordon said. “When she realizes that [being DACA and Latina] is a part of her story just as much as it is a part of her marketability and success, that will be so helpful.”

While Cisneros thanks Gordon for teaching her to embrace ambition, Gordon praised Cisneros’s ability to inspire and empower others.

“[She is] tenacious,” Gordon said. “It shows not only the passion but [also] the vigor that she has … to do what is next. It’s scary, but she is going to do it.”

Cisneros’ academic advisor and Pace 201 facilitator, Rebecca Rego recognizes Cisneros as having built a community among other DACA students and said that her story has impacted many on campus.

“[Cisneros] is a total inspiration,” Rego said. “It’s amazing, all that she has had to overcome to get to Emory [and] all that she hopes to do beyond Emory. … Her story has really inspired me.”

Cisneros said that Latino families are often very conservative; girls are often expected to help around the home after high school instead of pursuing higher education. She hopes to empower Latinas to combat those social norms and pursue their dreams, much like she has been doing since she arrived in the U.S.

“As a Dreamer, my American Dream is [about] finally waking up to reality — the reality that no dream is too big if you work for what you desire,” Cisneros said. 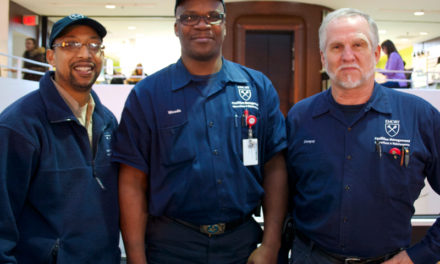 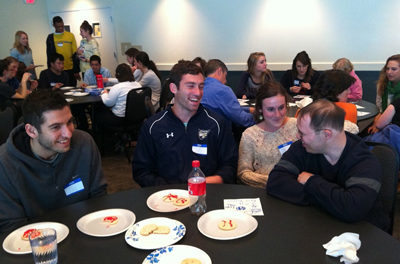 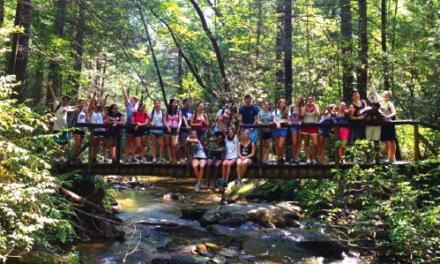 A ‘Once in a Lifetime’ Opportunity