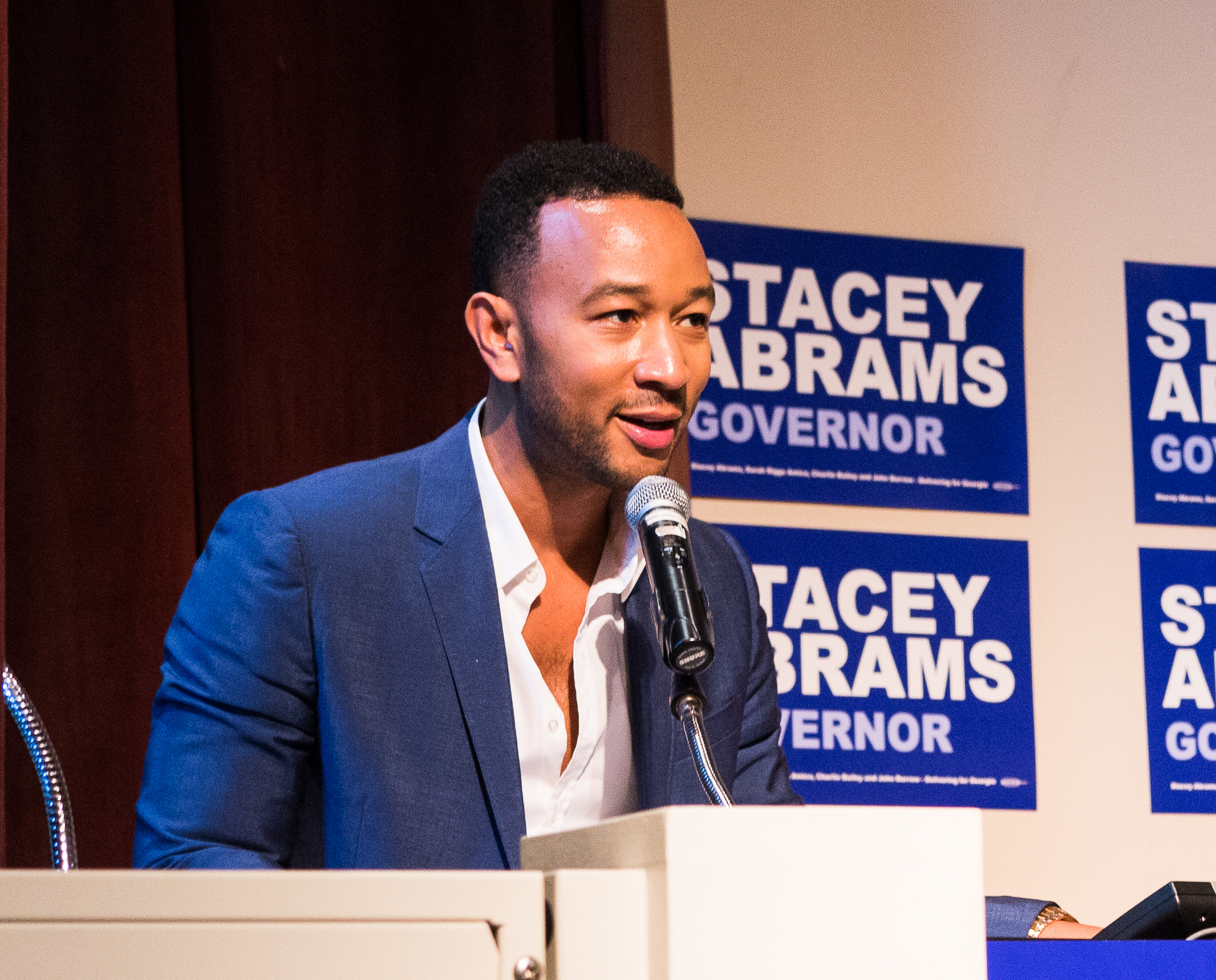 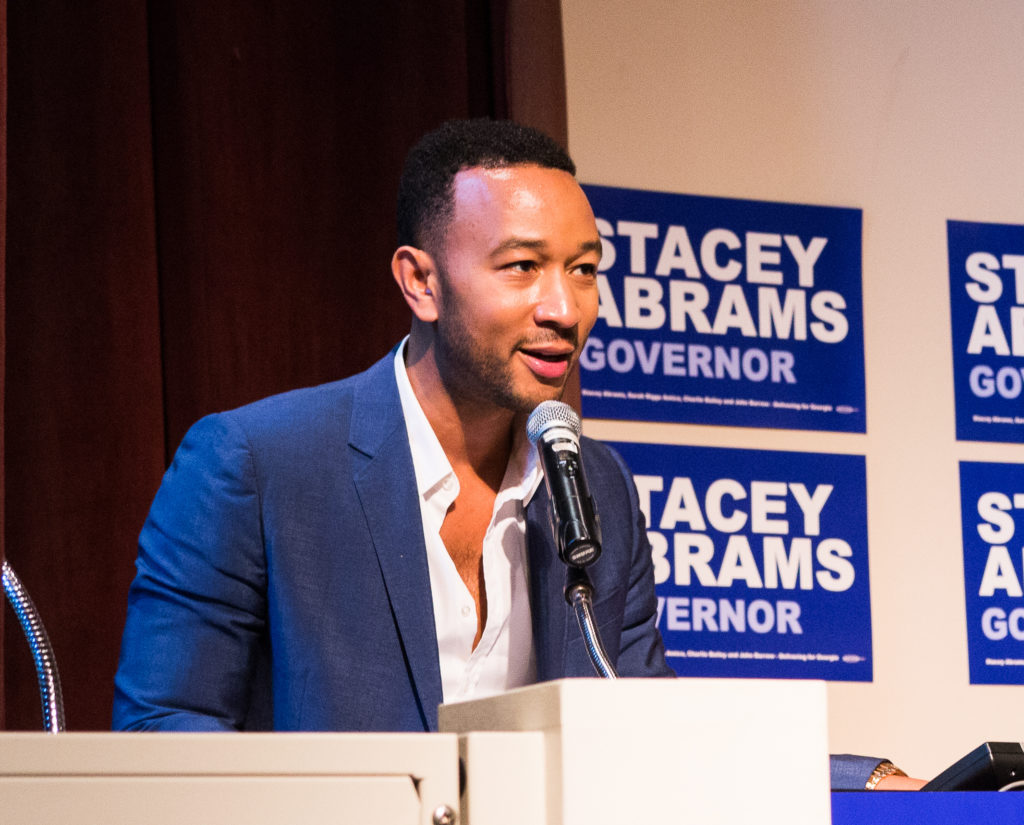 Legend addressed about 160 students and community members, some of whom waited hours to attend the event, which was hosted by student group Young Democrats of Emory and the Democratic Party of Georgia. The award-winning artist, who has ramped up his political activism since President Donald J. Trump’s election, spoke about Abrams’ background from humble beginnings to obtaining a Yale University (Conn.) education and influential positions in Georgia state government.

He said Georgia has the opportunity to elect the first black female governor in the nation. Legend emphasized the importance of strong voter turnout in November and explained that Abrams strongly aligns with his beliefs on criminal justice reform and access to affordable health care, adding that Abrams hopes to “decriminalize poverty in this country.”

Legend, who became the first African American to win an Emmy, Grammy, Oscar and Tony (EGOT) this year, said in an interview with the Wheel that artists have a connection to their audience that gives them an ability to engender meaningful influence.

“We have a choice whether or not we want to use that platform to get involved in things outside of just selling records and concert tickets,” Legend said. “I’ve chosen to speak out about issues that I care about, try to mobilize my fans and supporters to get out and vote and take part in our democracy.”

Legend added that U.S. senators are sending a “frightening” message to students as they consider Judge Brett Kavanaugh’s nomination to the Supreme Court because Republican leaders are diminishing the negative effects that men’s “bad behavior” can have on women.

Following his talk, two Abrams campaign staffers joined Legend on stage and the three answered questions from the audience. Benjamin Gross (19B) asked how Legend maintained hope during this time of political turmoil. Legend responded by saying people like Abrams give him hope because she could be part of a “blue wave” for the 2018 midterms.

“I think we have to realize even when we have an idiot in the White House, our country doesn’t work in a way that the White House determines everything that happens in the country,” Legend said. “When we elect local and state officials that are doing the right thing they can kind of protect our states and our localities against some of the worst impulses of the White House and the federal government.”

Nicole Swords (19C) asked how to converse with people who have different beliefs. Legend advised that she talk to people about the issues that are meaningful to them rather than the party with which they align. He added one can still love friends with differing beliefs and referenced his friendship with rapper Kanye West, a Trump supporter. 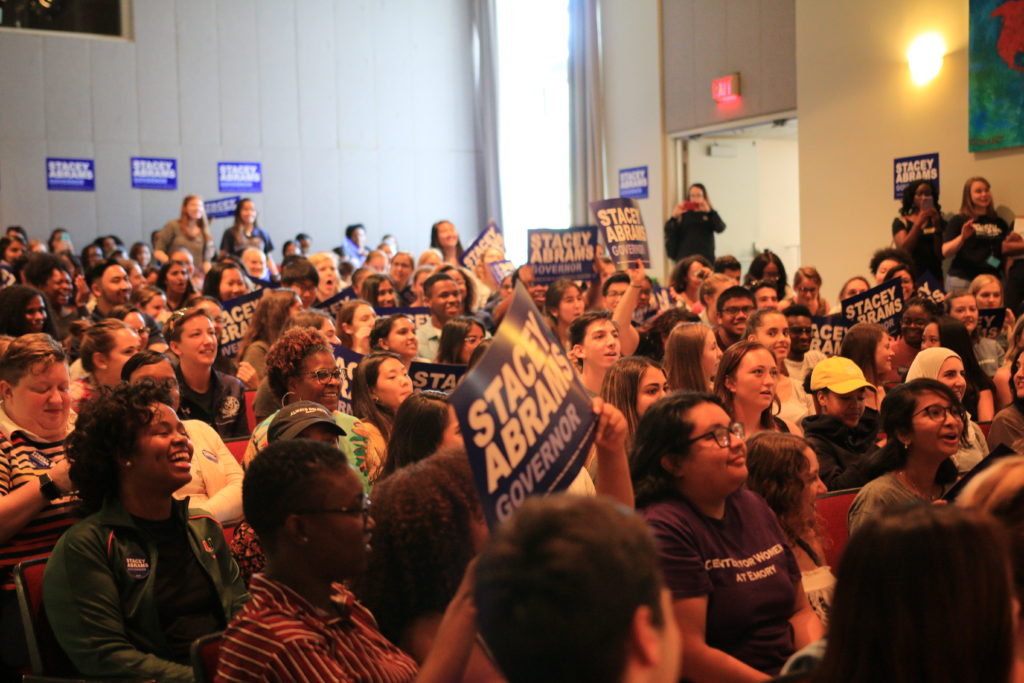 “[Legend] disagrees entirely with what Kanye is espousing right now, but they’re still friends through it all,” Mattocks said. “You seek middle ground when you can without compromising your own values and move on from there.”

“This event will be successful in my opinion if we get more people coming to our events, if we get more students politically involved and politically empowered,” Kleiman said. “That’s my whole goal —  just getting people involved in politics at any level.”

In addition to bringing guests to campus, Young Democrats has been canvassing and phone banking.

Kleiman said this was a high-profile event for the organization, which has grown significantly in membership over the past two years.

“It’s really hard to get people to care really about anything, especially politics in a state they only spend a portion of the year in, but having someone that’s so enthusiastic and charismatic like … Legend really gets people fired up,” Mattocks said.

Haaris Jamal (21C), who attended the event, said he was excited to hear what Legend thought about Abrams.

“I liked that [Legend] seemed really passionate about the issues, and I feel as though it was really nice to see [Abrams’] campaign team sum up the core issues of current American politics,” Jamal said.