On Aug. 4, a harrowing explosion in Beirut, Lebanon, killed over 220, injured over 5,000, destroyed the homes of over 300,000 and amounted to nearly $15 billion in economic damages. A day later, Bahaa Kazzi (23C), Samir Kaddoura (23C) and other Lebanese students from Atlanta area colleges launched a Beirut disaster relief GoFundMe, which has since amassed over $28,000.

The two Emory students, along with Iman Fakhoury and Nicole Kachouch from Georgia State University and Georgia Institute of Technology, respectively, decided to primarily fundraise for the organization Offre Joie (which means “offering joy”) because of the organization’s focus on rebuilding damaged homes and providing shelter for displaced victims. The team plans to allocate $20,000 to Offre Joie and distribute the rest among various local organizations, including the Lebanese Food Bank.

Before organizing a team of students, Kazzi immediately contacted Offre Joie for permission to fundraise on its behalf. Shortly after receiving permission, Fakhoury created the GoFundMe page and the team began spreading awareness.

Kachouch noted that the students trusted the organization because of how it previously helped reconstruct homes in Beirut that were destroyed in another explosion caused by a terrorist attack in 2012. Offre Joie’s credibility and experience in reconstruction efforts led the team to support its efforts.

“We chose Offre Joie because it’s a politically and religiously independent organization,” Kaddoura said. “The reason for that is because we don’t want any bias. Because of the way religion is so included in politics, we’d be afraid that a politically … biased organization would give to just one specific group.”

Aside from Offre Joie being religiously independent, Kaddoura said that it is a major non-governmental organization taking care of rebuilding the city right now, which is another reason the team chose to allocate most of their funds to them. 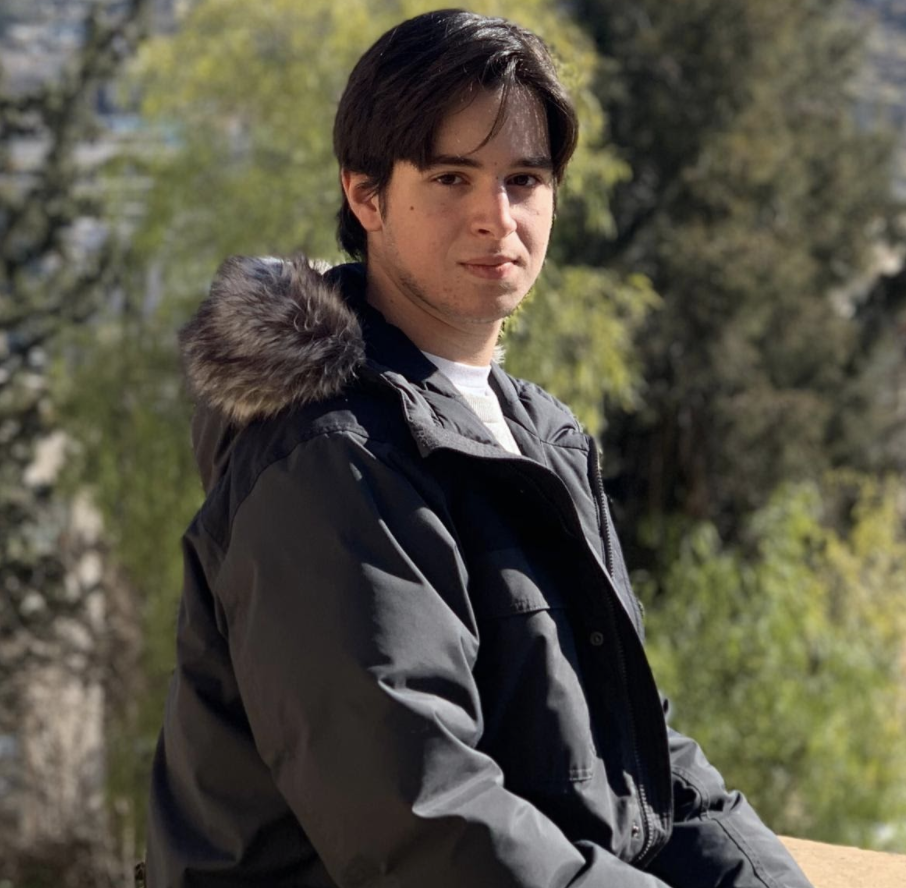 Samir Kaddoura (23C) sent the GoFundMe to 360 Emory groups and over 600 professors./Courtesy of Samir Kaddoura

With the team now together, Kaddoura sent the GoFundMe link and a poster to 360 Emory organizations, and Kaddoura and Kazzi emailed over 600 Emory professors to enlist their help. Fakhoury and Kachouh also reached out to their respective campuses and high school friends in and outside of the U.S.

To further expand their efforts, the team partnered with students from Massachusetts Institute of Technology, University of California System, Boston University (Mass.) and other universities to receive help from faculty members. They also shared the GoFundMe through their respective social media accounts for a broader audience.

“A lot of us turn to social media because it’s so easy to connect with people from all around the world,” Fakhoury said. “It’s a really efficient way to spread the word and to encourage people to donate and to keep spreading awareness.”

Each member of the team emphasized that they had deeply personal motivations for starting the fundraising initiative.

For Kaddoura, the explosion directly affected his family.

“I was on call with my cousin the other day. They’ve been really, really struggling,” Kaddoura said. “They lost their house — completely destroyed.”

Fakhoury was eager to raise funds for Lebanon because, prior to the explosion, she knew that her friends and family in Lebanon were struggling to find jobs due to a mismanaged economy among other issues.

“We feel so passionate about it because … our friends and family who have the best degrees in the world are not able to use them because there are no jobs and if they get a job … they make some small amount,” Fakhoury said. “We just want to see a better future for Lebanon.”

The protests and resignation of Lebanon’s government following this explosion only reflect the socioeconomic crises that have compounded due to pre-existing government corruption, underfunded healthcare, inadequate infrastructure and border tensions. Instability in the country only compounded with the COVID-19 pandemic and outrage boiled over after the explosion.

“Being outside of Lebanon, we really felt this strong need to help in any way, especially since a lot of the people are affected — like some of them are our friends and family,” Fakhoury said. “Fundraising is pretty much the only way we can assist from being like tens of thousands of miles away.”

Although Kazzi and Fakhoury are residing in Atlanta and Kaddoura in Jordan, Kachouh is currently in Lebanon helping disaster relief efforts directly in addition to working with the team to raise awareness and fundraise.

For Kachouh, being at the place of impact inspired in her a deep-rooted desire to raise awareness and support. At the moment of the explosion, Kachouh was on the highway driving from her home to Beirut.

“I look on my right and I see the explosion… I think it was the scariest moment of my life,” Kachouh said.

She has since been volunteering on-site with no particular affiliation to an organization to help victims impacted by the explosion.

“We’ve been going down with a bunch of friends to Beirut … to help the people build their house, remove the glass,” Kachouh said. 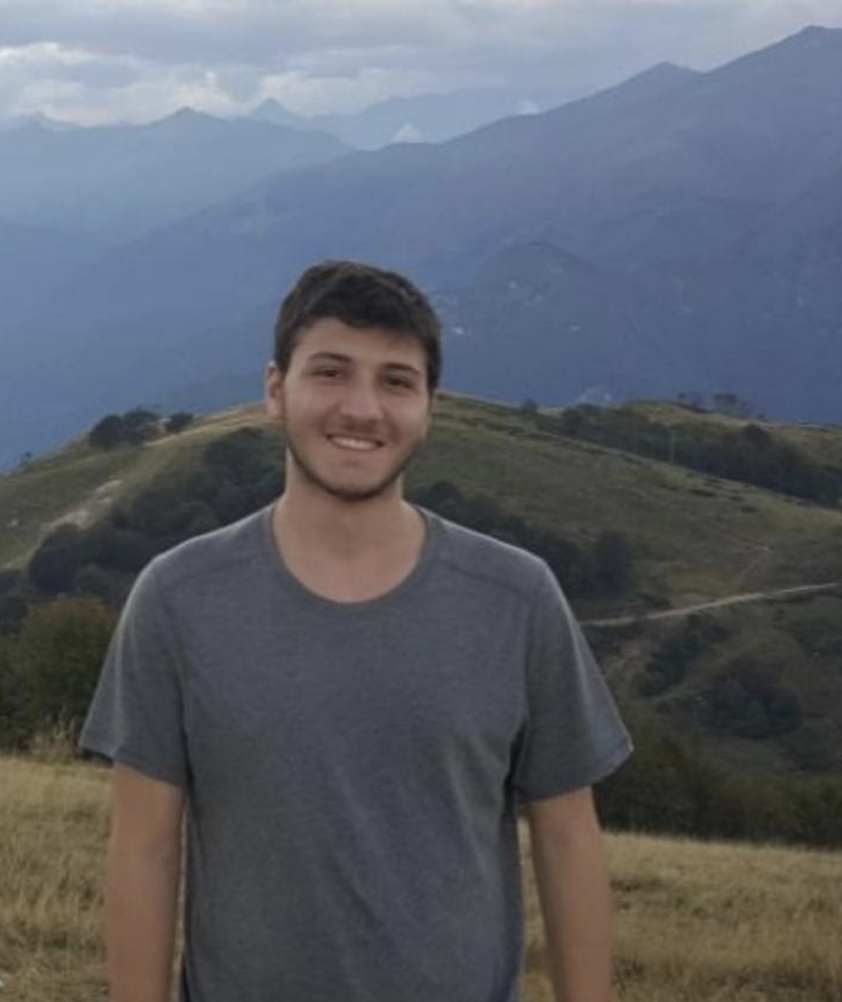 Bahaa Kazzi (23C) said he “could have easily been one of the explosion’s victims.”/Courtesy of Bahaa Kazzi

Kazzi’s desire to start the fundraiser came from the realization that he could have easily been one of those hundreds of people who died that day if he had been in Lebanon at the time.

“One of the regions that was most affected and extremely close to the port is called Gemmayze … this is a region all of us at least weekly go out to,” Kazzi said. “What would have prevented this from happening when I, or [Fakhoury], or [Kaddoura], or [Kachouch] were out there eating with friends?”

The team ultimately aims to expand their fundraising initiative to form a united front of Emory students, doctors and alumni to lobby for larger donations for a group of organizations. They also hope, with the current spotlight on Beirut, to bring to light the deeper, more fundamental instabilities within Lebanon.

“The explosion was a massive event and it’s [sic] called attention to the media worldwide,” Kaddoura said. “The explosion was really just a way to solidify how poorly the country has been doing … I would love if people would educate themselves on this.” 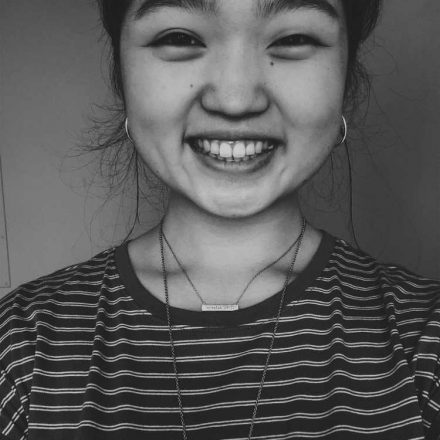