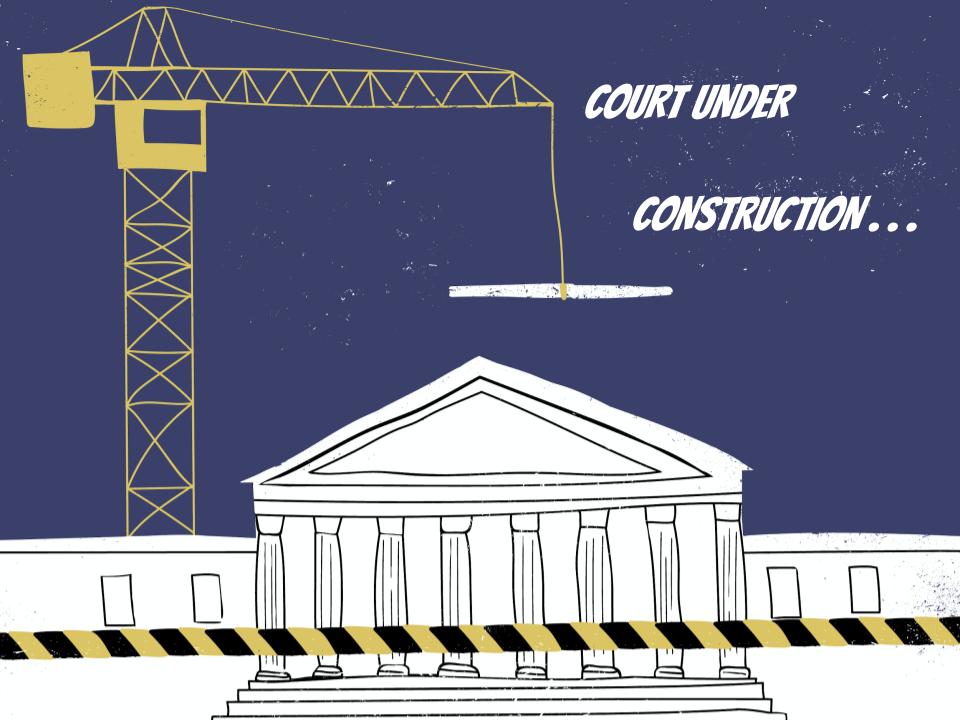 For the first time in nearly a decade, the Supreme Court on Monday struggled with the Second Amendment to the Constitution, potentially setting the stage for a monumental expansion of gun rights nationwide. With its newly stabilized slate of justices, the Court appears ready to embark on what may be its most influential term in years. Now more than ever, its looming impacts on divisive, life-or-death issues ranging from gun control to the DREAM Act call attention to what may be the most significant political question of our generation: judicial reform.

Time and time again, frustrations with obstructionism and deadlock in Washington have boiled over into foolhardy attempts to control the Supreme Court. Now, many current presidential candidates have quietly released plans to do exactly that. Politicizing our judicial system is a prospect foolish and terrifying alike, and we as students, the heirs to America’s democratic experiment, have a duty to consider that carefully when voting in next year’s elections.

The idea of tampering with the Supreme Court to advance a political agenda is not new. Many relevant proposals have come and gone over the centuries, but by far the most common element of these plans has been so-called court-packing. Historically, Congress has mostly added seats to the court after establishing new federal court circuits, but packing involves increasing the size of the bench purely to reshape it in the interests of the current administration.

In the best-understood example of the debate over such reform, former U.S. President Franklin D. Roosevelt tried in 1937 to stack the Supreme Court with justices sympathetic to his New Deal policies. Frustrated with the Court’s invalidation of some of his welfare projects, he appealed to Congress and the public to support the plan with little success. The initiative quickly became one of the greatest debacles of his presidency.

Worryingly, modern politicians have not learned from Roosevelt’s failure. The nuances and rationales for their proposals may vary, but many candidates, including Senator Elizabeth Warren (D-Mass.), have tacitly endorsed packing the Court for months. Partially in response to Senate Republicans’ obstruction of Merrick Garland’s confirmation process in 2016, calls for reform have slowly gained traction within the Democratic party in recent months.

The constitutionality of expanding the Court is widely accepted, but its sensibility is a different story. While a unified Democratic government would find passing liberal legislation much easier with an artificially liberal Supreme Court, any large-scale change wouldn’t last long. A Republican government succeeding it would enter with the precedent to use the same tactics to both undo the previous administration’s work and freely advance its own agenda. In this way, establishing court-packing as acceptable would effectively make the Supreme Court an arm of Congress and the presidency, spelling its end as an independent branch of the federal government.

The court system does not exist to write new laws, nor does it exist to enforce them. Rather, a judge’s job is to interpret existing laws on the basis of his or her ideology and recommend solutions to disputes. A packed Supreme Court, subordinate to politicians’ whims, would be forced to make those decisions based not on the political philosophies of its justices, but instead on the politics of those in power. Without the credibility conferred by their independence, the courts would become little more than vapid megaphones for the current administration’s opinions.

The Supreme Court has provoked much debate recently, with many in both parties decrying it as hopelessly partisan and already beholden to the whims of politicians. But the data simply doesn’t back that up. While presidents making nominations to the bench are Democratic and Republican, the judges they select are liberal and conservative; partisan affiliation and judicial philosophy are not the same. The ideological correlation between the two may often be undeniable, but the fact remains that judges are not bound by any labels to follow the whims of party leadership. Senior members of Congress routinely whip senators and representatives into adopting new positions — but not judges.

Appointees’ decisions do track closely with the ideologies of the presidents who nominated them at first, but all justices’ leanings shift gradually over time, some drastically. Members of the Supreme Court are not Democrats, they are not Republicans and they are not proxies for the presidents who sponsored their appointments. They are judges.

Criticism of the Supreme Court as being out of touch with the will of the people is similarly unwarranted — allowing politicians to pack it on that basis would solve a problem that doesn’t exist. Many justices throughout history have changed their ideologies, sometimes radically, to reflect strong public opinion. Notably, the conservative Supreme Court that gave Roosevelt so much trouble changed course to support his New Deal agenda in the face of strong popular opposition.

The federal courts are, while admittedly imperfect, America’s greatest bastion of impartiality and rational governance in an increasingly volatile sea of partisanship. As former Associate Justice Sandra Day O’Connor said, “The freedom to criticize judges … is necessary to a vibrant democracy. The problem comes when healthy criticism is replaced with more destructive intimidation and sanctions.” So hold your judges accountable. If you disagree with a ruling, say so and make your reasoning clear — doing exactly that is your civic duty.

Most importantly, though, when you vote next year (as you should), think long and hard about whether you want to be judged by a judge or by a politician’s stooge. The choice is yours.

Ben Thomas (23C) is from Dayton, Ohio, and he majors in political science and English. In addition to his roles as Opinion Editor and an Editorial Board member at the Wheel, he is an IDEAS Fellow, a member of the Ethics and Servant Leadership Forum, an associate justice on Constitutional Council and a social sciences editor for the Emory Undergraduate Research Journal. In his free time, he enjoys running, playing bass trombone, making himself oatmeal and watching The West Wing for the fifth time. Contact Thomas at [email protected]