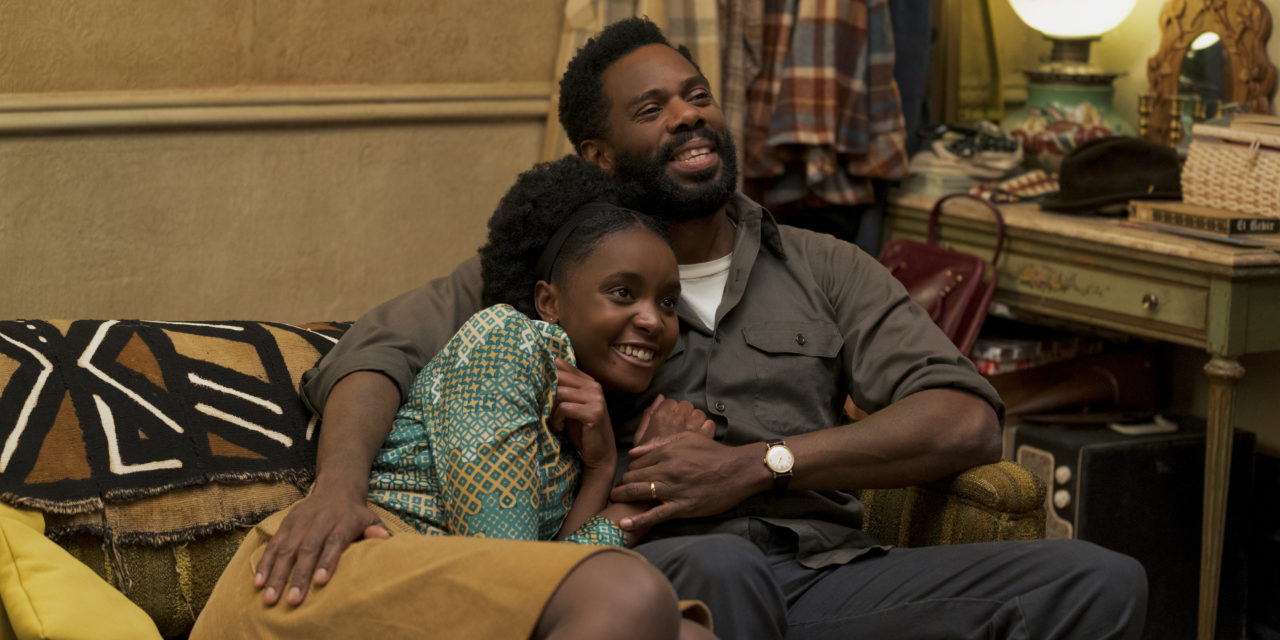 After a platform release, Oscar-winning writer-director Barry Jenkins’ third feature, “If Beale Street Could Talk,” rolls into 65 theaters this Christmas. Based on the 1974 novel by James Baldwin, “Beale Street” is the first narrative film to be based on one of the legendary writer’s works.

The film follows a young Harlem couple, Tish (KiKi Layne) and Fonny (Stephan James), who are expecting their first child. However, Fonnie has been framed for the rape of a young Puerto Rican woman by the brutish police officer Bell (Ed Skrein). Tish, her mother Sharon (Regina King) and her father Joseph (Colman Domingo) must race against time to free Fonnie from prison, clear his name and return him to his family. “Beale Street,” at once a ravishing love story, thrilling procedural and scathing indictment of the American judicial system, is as essential a film you’ll see this year.

The Emory Wheel sat down with Layne and Domingo. This transcript has been edited for clarity and length.

All Urban Central: Colman, how did you prepare for this role?

CD: First of all, re-reading the book and looking at how James Baldwin had written these characters. Not only my own character, but this family. I do my research by looking at a lot of imagery, and then music, and I compile a dropbox of things that are, like, inspirations. And … you [also] learn your lines [laughs], then you step onto a set with your actors and you let that inform your character as well. I didn’t have to look that far away to see who this man was. I looked to the blue-collar, hard-working men in America that I know. They’re ordinary by design but extraordinary in what they do. I [also] think that we’re all very open as actors. I am like [points to Layne] this is my daughter, Regina’s my wife, there’s some ebb and flow there. When I see that character on screen, I’m not just like, “That’s Colman doing the work in a blue-collar outfit,” it’s a combination of a lot of things.

Panther: KiKi, you played a very powerful role in this movie. How can your character relate to women in our community and yourself?

Kiki Layne: I mean, that she is powerful, what you just said. Because, I definitely think that there are gonna be some people who think the opposite, especially with what has been historically deemed “a strong black woman.” Tish definitely doesn’t fall into that. So I hope that people, and young women in particular, take that away, that there is so much strength in her because of how hard she loves and because of how receptive she is of all the love around her. That tenderness, that vulnerability she has, is something we see all these people fighting for.

The Emory Wheel: What was the relationship like on set between you?

KL: [Laughs] It was really, really hard for me.

CD: It’s this! We have a good time together. It was very easy for us. I think Barry’s like a magician when it comes to casting. He knew, I mean, I got cast off a self-tape. I don’t know who met in that room, but he had an idea of our energies together and how we would build a family. [To Layne] We were ready to play ball with each other, right?

KL: Exactly. It’s what he just said. Barry created such a safe space and environment for us for us to play and be open, give and receive and listen to each other. And learn from each other.

AUC: With Barry as the director, what kind of input did you guys have towards the film?

KL: I think Barry respected how much work each of us was doing individually, with these characters. You know, as a director, he has to see everything and be attentive to how all the parts are working together, but I think he trusted in us. That we knew things about these characters that he’s just not going to know. Even simple things like changing lines. He was definitely a director that you could go up to like “Hm, I don’t really think Tish would say this line like this,” and he’s ready to listen.

CD: We work on that stuff together. And what that does, that gives you a sense of ownership. He knows that empowers your actors to own whatever they’re doing. So it becomes even more natural, you know.

Panther: Why do you think this story was so important to tell in this time period?

CD: Unfortunately, this story is very true and relative to what’s happening right now. You know, when it comes to the way black men are treated in America, the way the justice system works, corruption. But also I think that there’s another, bigger reason why it’s being told now. And that’s because this film is wrapped up in so much love, and I think that’s a powerful message. That you can make some change happen with love. Or even that you hold on to each other, even as you try to make a way out of no way. Every day, there’s atrocities all across this country, we know it, we’re all a part of it, but I think there’s big messages here about really examining who we are. And how we love, how we struggle, how we change.

EW: KiKi, how did you approach your performance in all those beautiful, wordless moments, where it’s just you and Stephan looking at each other?

KL: I spent a lot of time just in the novel, because there’s just so much information there about what Tish is thinking and feeling and seeing. Baldwin’s words are so beautiful that it’s easy to see these images. I was able to communicate without saying anything, also because of the people I was working with, that I could feel a conversation happening even though no words were being said.

Panther: KiKi, how did you know that this was the perfect role for you?

KL: For me, actually, one of my friends was auditioning for Fonny, and he asked me to be his reader. So he sent me the sides and breakdown, and I just felt something leap in my spirit like “I should be auditioning for this.” And that’s prior to reading the book and the script. I just felt something. It was a spiritual thing for me that jumped out and said, “This is you.”

AUC: How did the film’s unhappy ending make you both feel?

KL: I mean, it’s the truth — that is what’s happening. And Baldwin was all about the truth, the truth of our experience, so I feel like a happy ending wouldn’t have worked.

CD: In the book, it ends with the baby being born and crying, and, already, that’s not a happy ending either. It’s like the soul’s crying, for our experience and who we are. There is some hope, in some way, and I think that lies in the young one. There is more life, you put it in the experience of this person and what they’ve seen, and maybe they can make some change.

EW: You’ve both spoken so passionately about Baldwin, so how did his work influence your roles?

KL: The way that he speaks and writes is so, so special. I feel like so many of his interviews are so matter-of-fact: “This is how I grew up, this is what I saw.” And there’s no shame around that. He could speak about these horrible things, but there was no fear of making other people listen up and pay attention.

CD: There is one interview, and he’s so fired up. And when you see all that fire from James Baldwin, you cannot deny it. All that fire’s wrapped up in so much love, because he cares so much. It’s all this intelligence, and all this criticism, and you wanna be a part of that. You wait your whole career to be a part of something like that. You really hope that art and activism intersect once in your career. If it can happen more than that, how great. You feel like you’re doing something that’s not only entertaining, but something that’s really gonna change people. A little bit. Even just a little bit. This film… you take what you will from it. And if nothing else, you’ll take away a little love.

Read the Wheel’s interview with the film’s director here.