Law Professor Under Investigation After Saying Racial Slur in Class 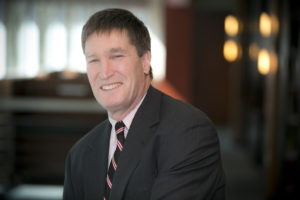 An Emory School of Law professor is under investigation after he said a racial slur in a class lecture to first-year law students.

The University is reviewing an incident in which Professor Paul J. Zwier II used the N-word on Aug. 23 while discussing Fisher v. Carrousel Motor Hotel, Inc., a 1967 Texas lawsuit about a hotel buffet employee who took a plate away from a black customer and said a “Negro could not be served,” according to students familiar with the incident. The racial slur was not part of the court case.

Zwier apologized to the class for using the term the next day. The tenured professor told the Wheel he used the racial slur while teaching the tort of offensive battery and he should have said “the ‘N-word’” instead of saying it in full.

“The teaching point was to say that the racial slur makes the nature of the contact less important, until it might merge into another tort we will study called intentional infliction of emotional distress,” Zwier wrote in an Aug. 25 email to the Wheel. “The case is not about condoning racial speech, but the opposite, the potential injury that can be caused by racist language and how the court might address it in tort law.”

Zwier added that he should not have used the slur in the classroom.

“I do not condone the language and my purpose was not to support such speech, but to teach about it and against it,” Zwier said.

After student outcry against the incident, University administrators quickly condemned Zwier’s use of the racial slur and initiated an investigation by the Office of Equity and Inclusion. Interim Law School Dean James B. Hughes Jr. also re-assigned Zwier’s classes to another instructor pending the investigation results, according to an Aug. 24 email from Hughes, Provost Dwight A. McBride and University President Claire E. Sterk to Law School staff and students.

“The use of this — or any racial slur — in our community is unacceptable,” the administrators said. “The term is deeply rooted in degradation, fearmongering, and the creating of a deliberate sense of ‘otherness.’ It reflects a tradition of white supremacy that we actively reject at Emory.”

The investigation into the incident will be finished within two weeks, the email said. In the meantime, Emory Law’s Committee on Community and Diversity in Emory Law will work to design “meaningful mandatory training for faculty members as well as staff and students,” according to the email.

Vice Provost of Equity and Inclusion Lynell Cadray declined a request for an interview, saying the investigation is confidential.

Additionally, law students are planning to hold a “unity rally” on Aug. 29 at 4 p.m. to demonstrate “support for a cohesive and mutually respectful Emory Law.” Zwier told the Wheel he plans to attend the rally.

President of the Black Law Students Association (BLSA) Wrenica Archibald (16C, 19L), an organizer of the unity rally, said she hopes to unite the Law School after the incident.

“My vision for the event is to really bring together the school and the community and set the tone for the upcoming semester so that students, the 1Ls [first-year law students] understand that we don’t tolerate the use of the N-word in any circumstances,” Archibald said.

Archibald, who was part of the BLSA walk-in during the class session in which Zwier apologized for his use of the racial slur, said she found Zwier’s apology unclear.

“His apology incorporated instances and examples in which it is okay to use the N-word. Professor Zwier also listed numerous reasons for why he could have used the N-word. I remain uncertain of what type of message his apology truly sent,” Archibald wrote in an email to all law student organizations.

Before coming to Emory in 2003, Zwier was a professor of law and director of the Center for Advocacy and Dispute Resolution at the University of Tennessee Law School.