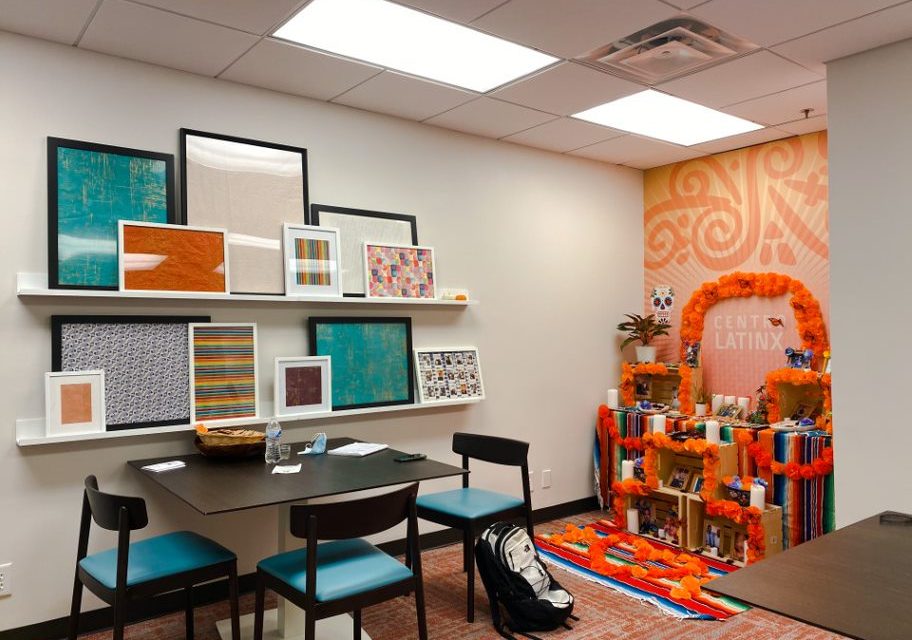 For many of Emory University’s Latin American students, a small room in the basement of the Alumni Memorial Union Center (AMUC) is a second home. The space, marked by bright blue and orange walls and an assortment of snacks, is dubbed Centro Latinx and facilitates students gathering regularly to study, eat or talk and hold events to bond over shared experiences.

But the vibrant color palette and refurbished seating arrangements are very new accoutrements to the space. In fact, until recently, the space had been neglected for years.

The renovation, completed in fall 2021, was a symbolic gesture from a university that has just recently begun providing more academic and cultural support for Latinx students and faculty.

Until recently, Latin American academic and cultural presences on campus largely operated with little external recognition, despite Latinx students making up about 8% of the student population as of 2019. Oftentimes, courses pertaining specifically to Latin American populations or literature solely existed in the Spanish or Linguistics departments. And when cultural events occurred, they frequently were relegated to the AMUC basement.

However, several professors and student groups at the University, both new and old, have since looked to change that.

The Emory College of Arts and Sciences brought on three Latinx professors in 2018 as part of a “cluster hire” for new faculty with interest or research in Latin American-related topics. Those hired, all of whom were granted tenure, were Professor of Political Science Bernard Fraga, Professor of Philosophy Rocío Zambrana and Professor of English Nicole Guidotti-Hernández.

Having these new professors is integral to ensuring a more complete knowledge of what — and who — have shaped various processes in this country and beyond, Fraga explained.

“The Latino political experience we see throughout history, we see now and we’ll see going forward is very much entwined with the broader story of American politics,” said Fraga, who is Mexican American and teaching a course on Latinx politics in the College this semester. “The influence and the impact of Latino voters in multiple states now is very obvious, but it was present well before recent elections in places like Texas and California and Georgia, too.”

Similarly, Zambrana, who is Puerto Rican, said Emory’s hiring of a professor specializing in philosophy is emblematic of a trend of Latinx and Caribbean philosophical schools of thought emerging as subfields of philosophy.

Zambrana recalled that taking a college course on philosophical thought in Puerto Rico that went “beyond the standard European canon” was world-shifting, saying she thought, “Whatever is happening in this room, that’s what I want to do for the rest of my life.” She hopes to inspire that feeling in students in her courses, which currently include “Latin American, Latinx Thought” and “Decolonial Thought.”

“It’s been a huge feat to even have positions that are seeking people that do Latinx thought,” Zambrana said. “We want to have a study of philosophy that is capacious and diverse, such that students, in their diversity, feel that their exterior life experience, their heritage, is there …  that their experiences are part of and change and impact philosophical thought in absolutely crucial ways.”

Centro Latinx has aimed to expand upon that role beyond the classroom. The space first opened in September 2015, after years of student urging for recognition, resulting in the University dedicating an initial basement AMUC space for Emory’s Latin American community. That area now houses the inaugural Asian American identity space, which opened last fall, and the new, renovated Centro Latinx space resides across the hall.

Several students said Centro Latinx has served as a safe space for them to discuss their experiences at the University.

“Coming to Centro Latinx really felt like a little treasure in the middle of campus,” said Sebastian Gutierrez (23C), who is Peruvian American and serves as an intern for the program. “Coming in, I saw people from all nationalities, people who spoke my language in a university that really didn’t have a lot of people like us.” 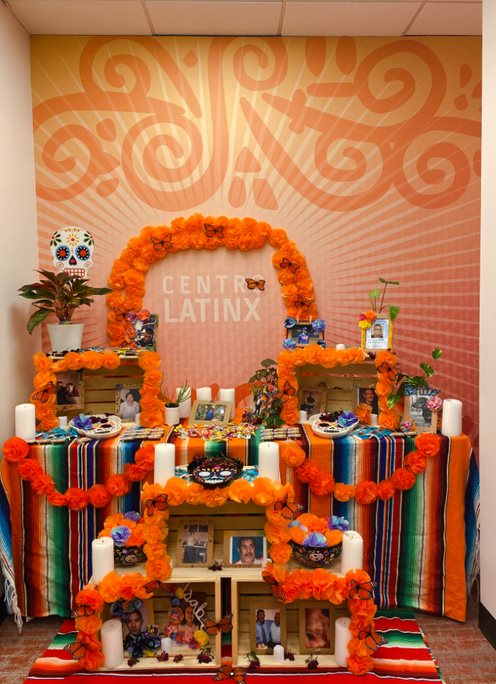 Centro Latinx was renovated in fall 2021 and serves as a hub for Latinx students and faculty.

While the new space is a recent development, Campus Life has plans to move all affinity spaces, including Centro Latinx, to Cox Hall by 2023. These strides in space improvements would not have happened without student activism, said Paula Figuroa (24C), another Centro Latinx intern from El Salvador.

“There’s been a long fight for recognition and for us to get visibility, and I feel like Emory’s definitely doing a better job now than it was before,” Figuroa said. “I’m really grateful for that because now we don’t have to focus as much on fighting for space — we can just focus on bringing the community closer together.”

The advisory committee and interns for the space have sought to do just that over the last several months, ranging from a speaker series highlighting Hispanic Emory graduates across the year to several days of Día de los Muertos celebrations.

However, among students’ favorite aspects are the informal conversations held in the space.

“Our space itself, it brings like this huge community that I never thought we would have,” Gutierrez said. “Whether it’s the same people that come in every time or new people as well, we start conversations, we get to know each other and as the events have gone on, we’ve just got this huge community together … that I didn’t think we would because the percentage of Latinx students is so low overall.”

The goal, however, is not just to provide spaces to build community among Latinx students, but also to better expand knowledge and encourage nuanced conversations so others better understand Latinx roles in both U.S. and global history and culture. Zambrana, for instance, said that more discussions need to be held on not homogenizing Latin American experiences, beginning with deconstructing the term “Latinx” itself.

Though the University has made strides in improving recognition, students and faculty alike said they hope to see more courses and faculty focusing on Latin American influences, both within the humanities and social science fields — where Emory’s newest Latinx professors were hired — and beyond.

In the meantime, Fraga said he hopes to help expand student minds through courses on how Latinx populations have and will continue to influence trajectories in the U.S.