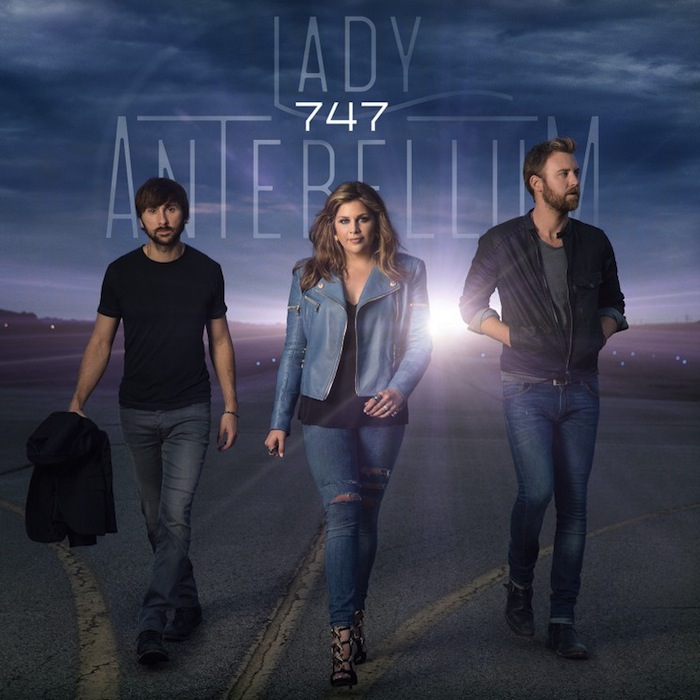 Four years after the 2010 release of Need You Now, people still get the hit melody of that four-time Grammy-winning title track stuck in their heads. Ever since the album that made headlines, Lady Antebellum has been traveling the world and pumping out albums that have had listeners endlessly clicking the replay button.

This week, another album has been added to their repertoire. Lady Antebellum’s fifth album, 747, features 11 new songs with a bigger, bolder sound than the band has ever had before, and the deluxe album has even more.

The band, which is comprised of Hillary Scott, Charles Kelley and Dave Haywood, is constantly aiming to find a newer, more innovative sound in their music. The album’s title, 747, is a clear reference to a plane soaring to new destinations, which is precisely what the band aims to do with their new album. The new songs are fiercer and more ambitious than before. The beats are faster, and there are fewer ballads than fans of previous albums may expect.

Those who have fallen in love with Lady Antebellum’s ballads are in luck, though: “One Great Mystery” and “Damn You Seventeen” have a softer tone than the rest of the album and are soothing to the ears. Scott and Kelley blend their voices in a harmony that causes “One Great Mystery” to bear the strongest resemblance to the band’s old style, found in songs like “Just a Kiss.” The other stand-out ballad on the new album, “Damn You Seventeen,” plays over Haywood’s smooth instrumentals and focuses on nostalgia, portraying a stream of memories from years past (“I still feel the vinyl of the backseat / With the windows halfway down”).

Their musical style often features this memorable technique, with bouts of repetition followed by a burst of vocals and instrumental additions right at the beginning of the chorus. This structure is in full swing on 747, and the band also uses an old trick of theirs: repeating the first line at the end of the song, just to get that image to stay in your head long after the song is over. This trick works particularly well in “She Is,” which begins and ends with the line, “She hails from Boston / She hates the sound that goodbyes make.”

Nearly all of 747‘s songs are upbeat, and without fail, they all got me tapping my toes within the first 10 seconds. The album opener, “Long Stretch of Love,” features a catchy guitar riff and lyrical tune that captured my attention right away, and I immediately knew I’d be hooked. Similarly, the title song, though a little softer, uses Lady Antebellum’s classic steady beat and harmonization as it tells the story of lost love hoping to be revived.

One of Lady Antebellum’s signature tricks is to tell a sad story with a quick beat, a juxtaposition that’s given them so many loyal fans. The final song on the album, “Just A Girl,” does exactly this, depicting a failed one-night stand with a happy, bouncy beat that contradicts the story, creating a mixed mood effect.

The style is a little different, but long-time fans shouldn’t worry; 747 still features Lady Antebellum’s signature country touch infused with a newer, more explosive feel. The band also stays true to their common themes: love, whiskey and letting go. They also don’t quite relinquish their tendency to storytell in their songs, which means the lyrics are as engaging as ever.

I’ll never get tired of hearing Scott and Kelley harmonize together, there’s always been something successful about bands with one male singer and one female singer, and with Haywood keeping up the background vocals and instrumentals, the three sound beautiful as always. With an album like this, it’s hard to see them ever releasing anything sub-par.

With releases like 747 coming out to refresh their style and increase their fan-base, Lady Antebellum is set to stay in the spotlight for a long time.

‘Bumblebee’ a Refreshing Entry in the ‘Transformers’ Franchise 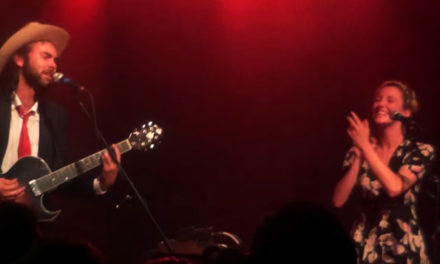 Shakey Graves Concert Anything but Dead