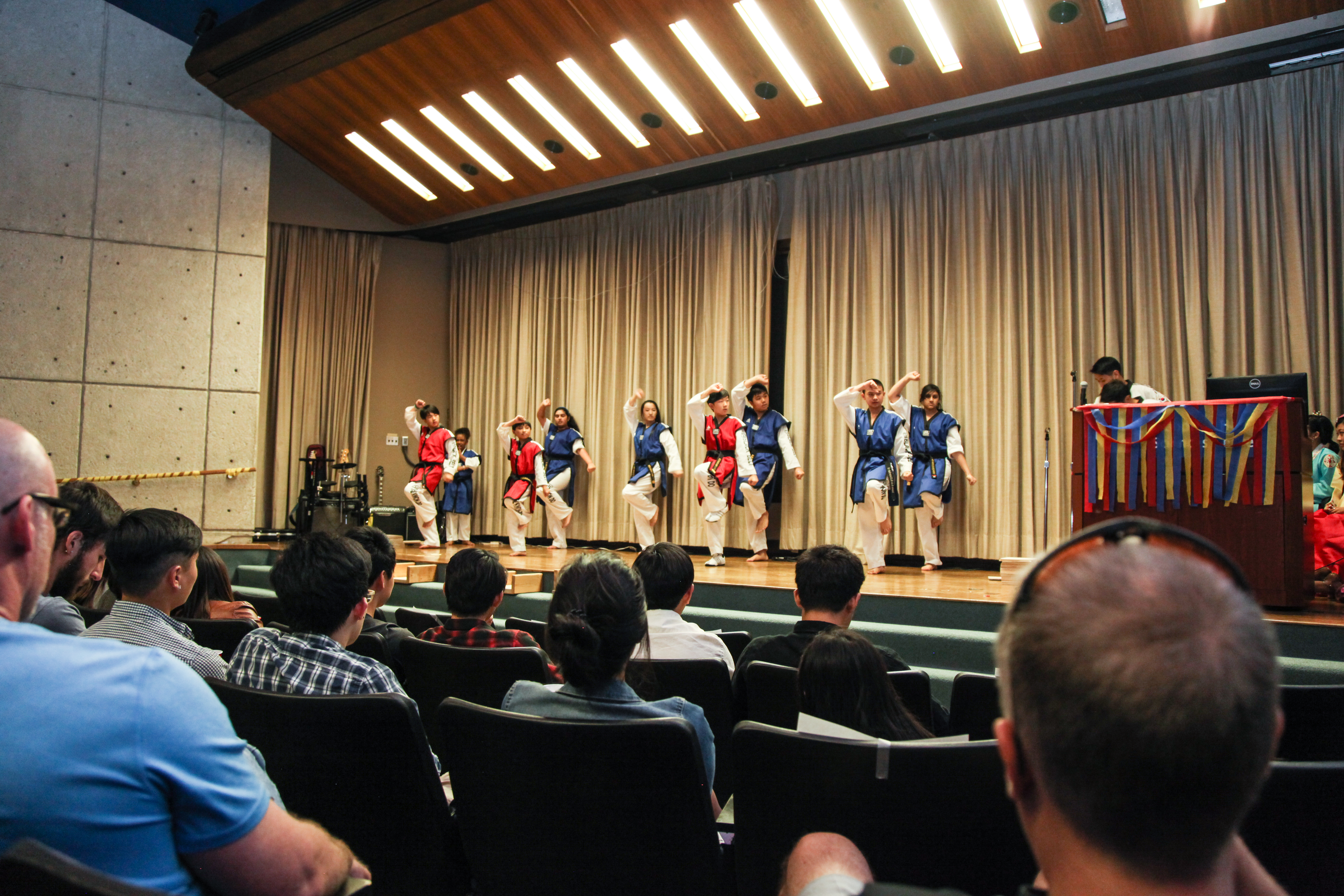 Emory’s Korean Undergraduate Student Association (KUSA) and Korean International Students at Emory (KISEM) hosted their annual Korean Culture Night (KCN) on Saturday, April 11 at 5 p.m., which highlighted various aspects of Korean culture through the arts. The event was held in the Woodruff Health Sciences Center administration building auditorium and featured Emory student groups and Atlanta community groups, both of which were met by an enthusiastic audience.

KCN’s audience represented many cultures, but mainly consisted of Korean and Korean-American students and community members. One of the night’s themes was the “collaboration of various Korean identities,” according to the event’s three masters of ceremony, Chan Lee, Olivia Choi and Yunbae Choi. This mindset resonated with the audience and thus made the night especially intriguing, considering that the KCN audience was receptive to every cultural performance and pop culture reference, and resembled a large yet tightly-knit family. An overarching theme of collaboration allowed for the audience to truly enjoy the Korean and Korean-American cultures in an environment of support and celebration. 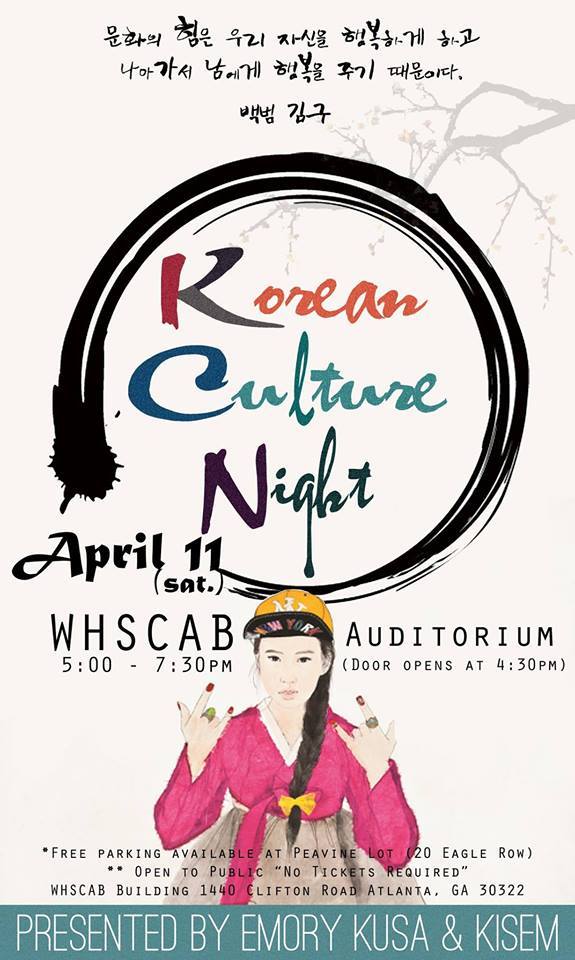 One of the night’s first performances featured a group from the Atlanta Cultural Center, composed of four women playing huge drums. The performance was exceptional in that the women put their entire bodies into every stroke; they moved their heads like emotional piano players and included subtle, embellishing arm choreography. When they finished performing, the women exited the stage completely exhausted, heaving for breath. This performance not only highlighted a Korean art form and evoked appreciation from the audience, but also conveyed that strength and power can come from almost any source.

Sae Han Tae Kwon Do also visited Emory from the Atlanta community. The group has performed for the past several years at KCN with child and teen performers. Taekwondo is often associated exclusively with Korean culture, but the audience’s response to the performers’ talents indicated a satisfactory openness to sharing and learning.

The audience continued its audible appreciation for KCN when Emory groups took the stage. Two of Emory’s Korean dance groups, 5MG (OMG) and Lambda Omega Lambda (LOL), entertained the audience with dramatic facial expressions and dynamic movement. Both groups performed separate hip-hop dances to Korean pop music (K-pop). Each team showed excitement for the other, reiterating the support visible among all of KCN’s performing groups.

Between the dance performances was student vocalist Jun Yong Park, singing American R&B artist Jeff Bernat’s “Call You Mine” and Korean Hip Hop pair Dynamic Duo’s “Girl.” When Park was introduced as the Korean John Legend, or “The Jun Legend,” the entire audience responded with swoons of appreciation; his popularity was evident through the roaring applause in response to his vocal inflections and personal touches — including self-written lyrics to replace the song’s original lyrics.

KCN allowed for various performers to showcase their talents and cultural traditions for a community that was incredibly in tune with all of the relatively well-known Korean and Korean-American artists from Emory and around Atlanta. In addition to students, faculty and locals, the event drew performers’ family members and consequently augmented the “in tune community” feeling in the auditorium.

The three masters of ceremony hope that in the future, more people will want to spread Korean culture on campus. Although I was initially unfamiliar with the majority of the talent and art forms at KCN, I enjoyed all of the performances and was inspired by the community’s willingness to share its culture and traditions with the public. KCN welcomed an impressive audience turnout and I found the diversity of its performances heartening and unique.

Correction (4/16 at 8:04 p.m.): The feature photo incorrectly attributed the photo to Hagar Elsayed. The photographer was actually Jason Oh. 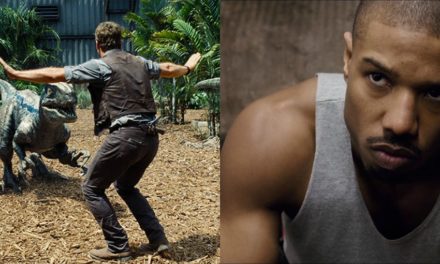 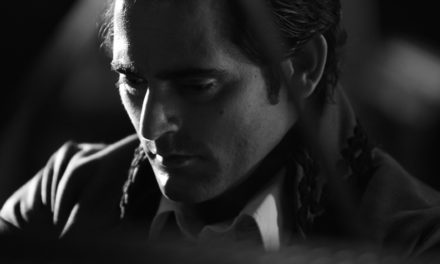 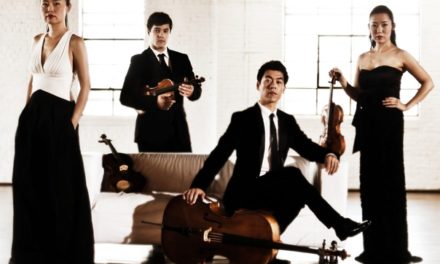 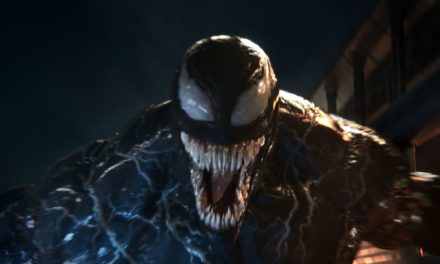