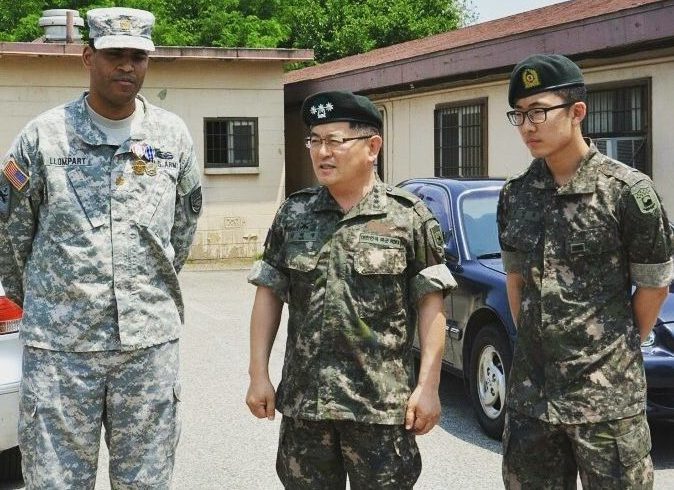 Minho Cho (19B) (Far Right) translates for American and South Korean military officials during his two years of required military service as a South Korean citizen. Courtesy of Minho Cho

Harrison Kwon (14OX, 18B) went from having one roommate to 55 when he joined the Republic of Korea Armed Forces after completing his sophomore year at Oxford College.

“I still remember vividly the first couple nights I couldn’t go to bed … because we [rotated sleep shifts],” said Kwon, who served as an artillery member in the Korean Demilitarized Zone bordering North Korea and South Korea beginning July 2014. Surrounded by men of higher rank and forced to wake up in the middle of the night for shifts at his post, Kwon often found himself lying awake throughout the night as his friends back at Emory prepared for the academic year ahead.

Kwon is one of about 20 to 25 students who leave Emory each year to complete the mandatory military service required of each man born in South Korea, according to College Associate Director of Academic Advising Frank Gaertner, who advises Korean students. The number of men who leave for the draft can vary from year to year, Gaertner said. Men must serve for at least 21 months, according to the C.I.A. website. Those men serve at some point between the ages of 19 and 35 — an age determined by the passage of the calendar new year rather than each individual’s date of birth — according to Gaertner.

South Korea is one of the top three nations of origin for Emory’s international students, according to Emory’s International Student and Scholar Services website. Students often come of age for the draft during their freshman year, and in order to optimize internship opportunities, maintain proper class sequence or eliminate the mental burden of conscription, usually choose to serve in the years that immediately follow that year, Gaertner said. All military members must attend a five-week training camp at the beginning of their service that includes intense physical labor and isolation from the outside world.

Kwon said that watching all of his non-South Korean friends move on to their sophomore and junior years while he had begun his service made his transition to the military especially hard — particularly because there weren’t many fellow Korean students at Oxford leaving for service.

On the other hand, Tyler Ryoo (22C), who will begin serving this year, said that the community of drafted students on the Atlanta campus gives him a strong “sense of belonging.” He added that he understands the importance of serving, but even so, has prioritized time with friends and maximized involvement on campus this past year in the hopes of leaving without regrets.

“As a Korean, you should [serve],” Ryoo said. “My grandpa fought in the war and he basically risked his life to save the country … This is a very small thing that I could do in my life to thank [him] in a way and just do something for the country.”

For Kevin Seo (22C), who also plans to serve this year, service is an expected part of life for Korean men — rather than an act that merits respect from society, military service is a “big chore.” Yet according to Minho Cho (19B), who served from 2014 to 2016, service is a rite of passage. He said that Koreans often consider military service to be what turns boys into men.

“Korea already [has] a hierarchical culture and the military is a hierarchical structure … when those two [aspects of conscription] combine, there’s a lot of bullying,” Seo said. “It’s not the exciting, adventurous experience that non-Koreans would think of it as.”

For instance, Kwon said that one of his comrades once fired his gun accidentally and that the entire unit was held responsible for the mistake. Often, higher-ranking officers punish such instances of acting inappropriately by preventing promotion to the the next rank. When students return from their service, the lack of the strict hierarchy in college makes it difficult to adjust to life back at Emory, Cho said.

“We feel a little bit bad that we are two years behind,” Cho said. “We are just afraid of a lot of things and approaching our American friends or professors is more difficult than they think.”

Men are conscripted into various positions during their service, including as English-Korean interpreters or artillery members. Gaertner said that unless the men worked as translators, veterans often struggle to readjust to life in English-speaking countries.

“I was the only bilingual in the office … so I was the only person bridging the gap not only in terms of conversation, but also culturally,” said Frank Oh (18B), who served from July 2014 to April 2016.

Cho said that his seven years in a U.S. boarding school before college helped him get a translator position. Because of Cho’s “positive” interpreting experience, he often offers to help younger students at Emory prepare for translating.

“Within the army there are so many different roles, and depending on where you go those two years of your life can be really valuable or really miserable,” Cho said.

Most members have limited internet access, especially if they are stationed far from South Korea’s capital, Seoul, which is why students often hope for a translating position, Cho and Oh said. If a translator allocates their time carefully, they can make the time to read books on topics related to their studies back at Emory which can help them cope with the lack of academics over the span of their service.

“As soon as we go into the army, they do a survey [about how men think the service will affect them which states] ‘I believe that for the two years in the army I am going to get more stupid’… I would guess most guys would say ‘Yes, we become more stupid’ because the way they treat us is sometimes very harsh,” Cho said. “A lot of stuff is not revealed to the public, but sometimes [there is still] violence, even though it is much less than before.”

For twentysomethings, two years is a long time to serve in the military, Kwon said, adding that students often ponder future plans during their service, and consequently take academics much more seriously upon their return.

Gaertner added that the limited internet access affects students’ ability to enroll in classes and select housing at Emory’s designated times — encompassing a few of the tasks with which he helps Korean military returnees.

“I like doing work where I feel like there is a need, and this is definitely addressing a need that many members of the Emory community at large aren’t aware of,” Gaertner said.

Gaertner also said that Emory is the only U.S. university he is aware of that has specialized academic advising for South Korean military returnees, some of whom have formed close bonds with Gaertner.

“[Gaertner] was really helpful, not just for me, but for Koreans in general … He was really proactive in helping us out,” Cho said. “While we’re in the military, psychologically we feel very nervous about returning to [America], but he supports us and the way that he expresses that assured us and calmed us down.”

In addition to the anxiety associated with their return, members experience physical exertion from internal military expectations and mental strain from the war itself. Gaertner said that it is not uncommon for higher-ranked individuals to hit those of lower rank and that some students experience post-traumatic stress disorder or depression after returning. Cho said that while in boot camp, military members could almost never call their parents, but that his camp was once subjected to a race in which the five fastest runners were allowed to call home.

“One time North Korea fired a missile on our west coast side and that was like the emergency situation, so even though it was the weekend … we all had to go to our artillery [for two days] and wait for the comment [to shoot or leave our posts],” Kwon said.

Although he never felt that a full war would break out, Kwon said that for those two days he was scared — he felt the tensions with and threat from North Korea. The structure of the military was also a difficult adjustment, Kwon said.

Those difficulties often cause students to bond with the soldiers with whom they serve. Cho said that because many military members attend U.S. schools, that they shared similar interests.

“We promised when we’re departing to our station … after two years let’s meet in a certain restaurant in Seoul, and we actually met after two years and we still are keeping in touch,” Cho said. “Friends become a really important asset in the army. Sometimes we feel depressed, but there is a friend who can [provide] support and we can talk to.”

Kwon, Cho and Oh each said that they gained a greater appreciation for their families, and that daily challenges now seem less daunting.

“Whenever I’m doing something hard I will tell myself ‘You’ve gone through the army, you can do this. I’ve been in that condition — why wouldn’t I be able to do this homework?’ Kwon said. “I guess I’ve set that as my worst condition and at least things are better now. There is a confidence after serving.” 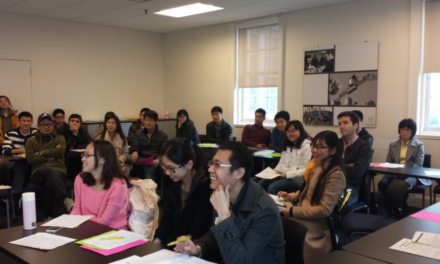 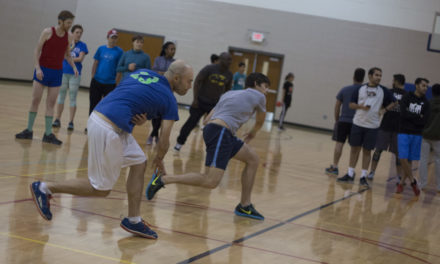 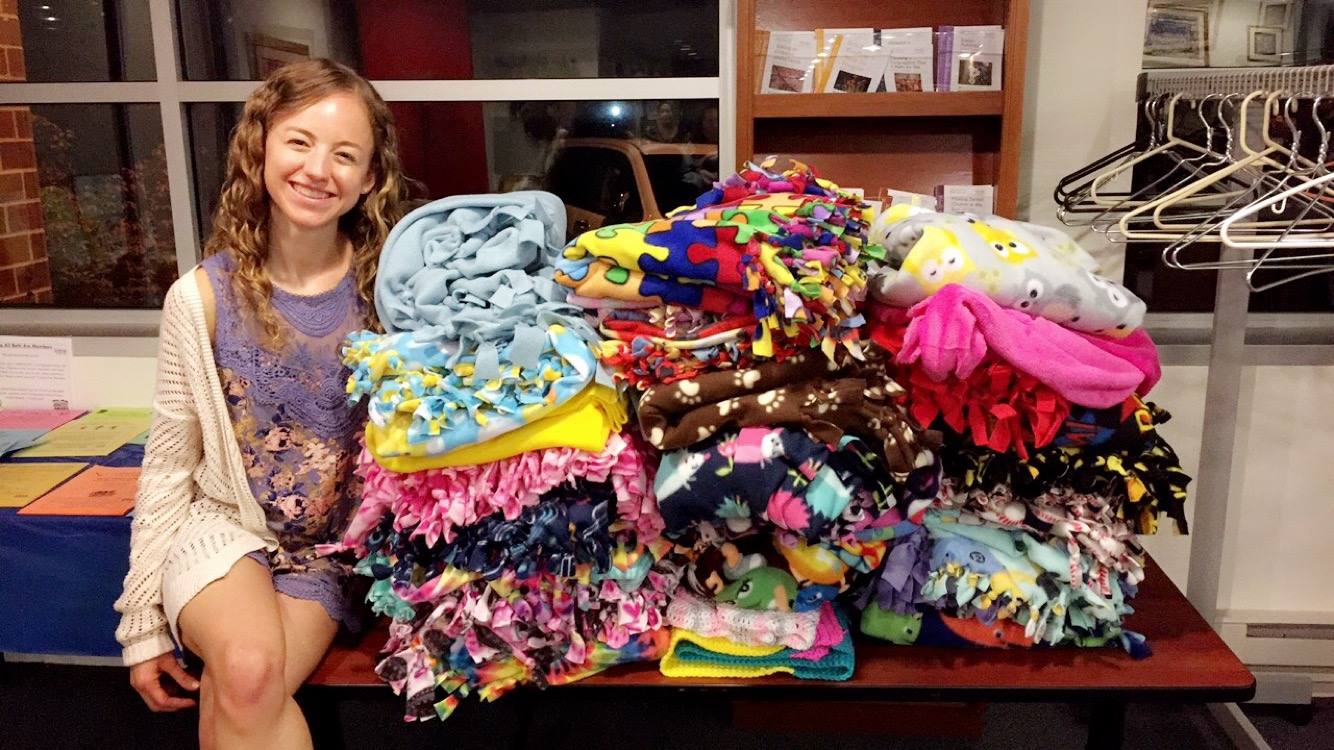