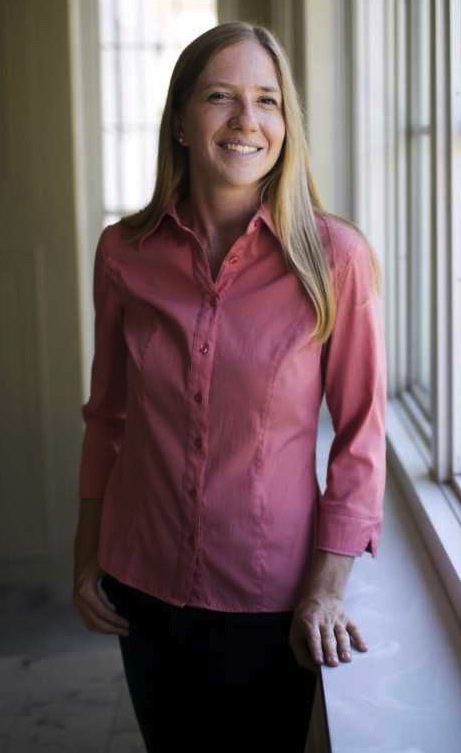 Spoken word can lack the precision and premeditation of written word, which is why Rachel Kolb (23G) balked when her alma mater Stanford University (Calif.) presented her with the opportunity to conduct a TEDxStanford Talk in 2013, the last semester of her master’s program. The talk would require Kolb, who was born with bilateral hearing loss, to speak scriptless for 20 minutes to an audience of about 1,000 people. Though initially reluctant, Kolb eventually accepted the offer.

“It’s something that comes by so rarely that if someone is asking you to do it, why not?” Kolb said. “I eventually said you know what, I should just try it. I should just see what happens.”

“It’s made me more confident talking to people or being in front of an audience, because that is the most pressure that I feel like I’ve ever had in a public speaking situation,” Kolb said.

Kolb, a Ph.D. student in English literature at Emory, primarily studies representations of disability in 19th- and 20th-century American literature, and is also completing a certificate in bioethics. Writing, she says, provides her a medium through which she can synthesize information from various disciplines.

“Writing was a way for me to really feel like I really had control,” said Kolb. “The words turn out the way that I wanted them to.”

Her other accomplishments include the prestigious Rhodes Scholarship, which she received in 2012 while completing her master’s in English literature at Stanford University.

While studying English and higher education at the University of Oxford, Kolb traveled with several graduate students to Albania. None of them knew the local spoken or sign languages.

One day, Kolb accompanied a friend to the store to purchase sunscreen. Kolb’s friend repeatedly asked the cashier, in English, where she might find sunscreen in the store. Only when Kolb made a few imitative gestures did the cashier understand.

Kolb believes that the interaction demonstrates how the hearing people might benefit from incorporating deaf perspectives into its own.

“[Deaf people] know so much about the hearing world that there’s not really a need for me to bring that into the deaf space,” Kolb said. “It’s more important, I think, for me to try to say things that make hearing people aware of the alternative possibilities that exist for communication.”

“She can be anywhere and can be thinking about the dynamics of the situation, and thinking really deeply about how people talk to one another,” Grubbs said. “Conversations with her typically leave me thinking harder.”

Because spoken language so often lacks deaf perspectives, it tends to associate sensory experience with knowledge in a way that implicitly devalues the deaf experience, Kolb said. The logic implies that the more we sense, the more we know. It’s the sort of rationale that Kolb witnesses among partygoers who use vocal volume to dominate conversations.

“You would not be shouting above each other if you could just sign to each other,” Kolb said. “We are in this space communicating in a way that a lot of us think is normal, but this is not productive. It’s not efficient. Why don’t we do something else instead?””

“I’m happy that [my] perspective has been able to help start … conversations about how communication works … or possibly about how deafness can contribute something to the world that hearing people might not have for themselves,” Kolb said.

Kolb was profoundly deaf before she received a cochlear implant at age 20. With the implant, she is considered hearing-impaired. Still, she continues to enjoy musical experiences that integrate bodily sensations.

“There are some days where I really do enjoy music in my own way, turning up the car radio when I’m driving, so loud, that the whole car will shake and vibrate with the beat,” Kolb said. “I listen to music more loudly than hearing people usually can tolerate.”

In the future, Kolb hopes to continue her studies in literature and writing. Teaching, she thinks, will allow her to explore new methods of engagement and writing.

Kolb will have a Q&A session at the Computing Center at Cox Hall Dec. 4 after a screening of the virtual reality video that complements her Times piece.