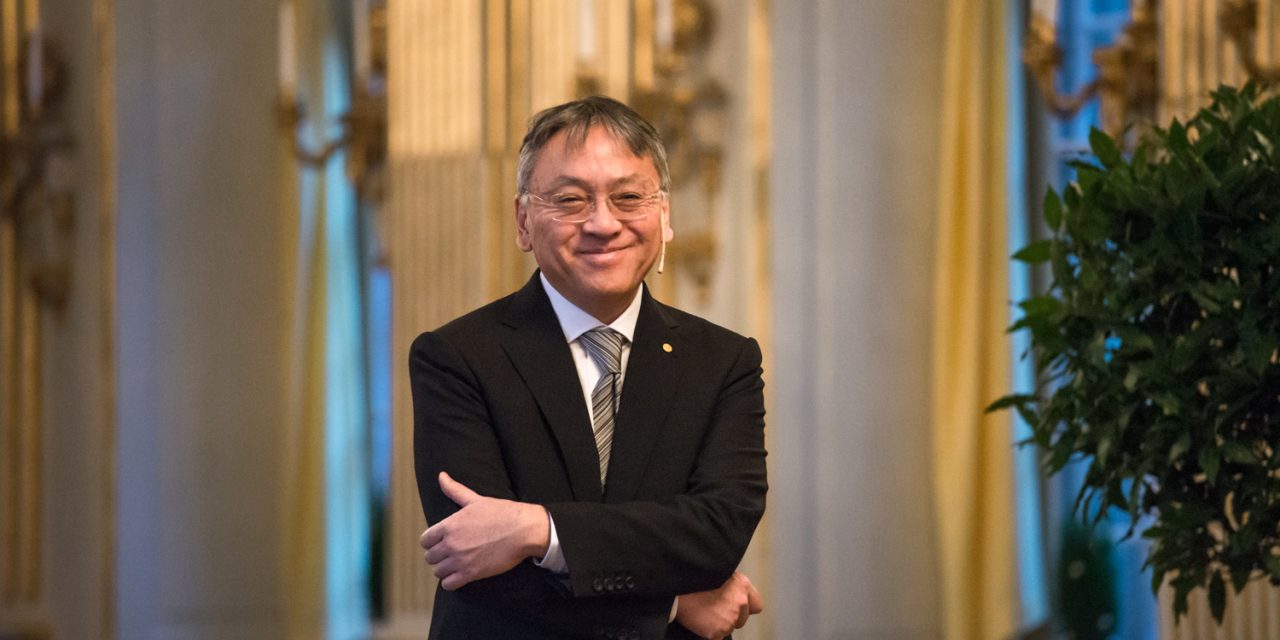 Kazuo Ishiguro’s latest novel “Klara and the Sun” (2021) and William Blake’s “Milton” (1810) have something unexpected in common: a preoccupation with a flat earth.

Ishiguro’s protagonist Klara, an artificially intelligent robot, is obsessed with the sun. She loves watching the sun rise and set, and she is fascinated by the patterns of light on the floor. She believes that the sun has the power of a deity to heal the debilitating sickness of her human companion, Josie. More than that, she believes that to reach the sun and ask for its healing, she need only make the short journey to the barn on the horizon where the sun sets each night. Little does Klara know, the world is round — no matter how far she travels, the sun will always hover that much farther away, just out of her grasp.

This disconnect between what we experience and what is reality fueled Blake’s “Milton,” composed over 200 years ago. “Every Space that a Man views around his dwelling-place,” wrote Blake, “such Space is his Universe: and on its verge the Sun rises and sets, the Clouds bow to meet the flat Earth and the sea in such an order’d Space.” Blake goes so far as to call the globe a “delusion.” Even though that globe exists, who actually experiences the world that way? The spherical earth is only as real to us as a picture in the back of our minds, and our actual lived reality is blunted by vanishing points and truncated by horizons. This obstructed world, as it was in Ishiguro’s “Never Let Me Go” (2005) and “The Remains of the Day” (1989), is also the setting of “Klara and the Sun.” 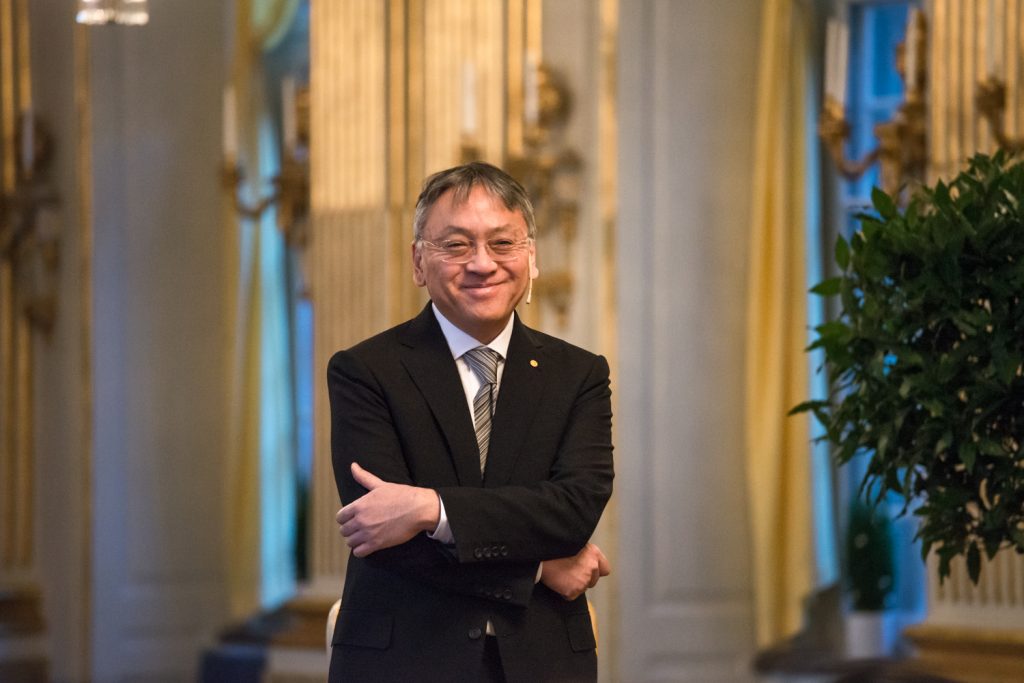 Kazuo Ishiguro, author of ‘Klara and the Sun,’ in 2017. (Wikimedia Commons/Frankie Fouganthin)

The novel takes place in an unspecified future era where artificial intelligence has become so humanoid that humans themselves are rendered obsolete and superfluous. Jobs have been taken by machines. Human society has split into at least two classes. There are the “lifted” and the “unlifted,” and though the specifics are left vague, it’s clear that undergoing the process of becoming lifted is arduous and life-threatening. Josie, a teenage girl currently weathering the formidable process, is getting sicker by the day. She and her mother purchase Klara from the store one day, presumably to serve as a companion for Josie during her illness. But as the book progresses, and Josie gets worse and worse, it comes to light that Klara was bought for another reason entirely: to study Josie. To copy her, to know her, and, ultimately, to become her. Afraid that her daughter will die, Josie’s mother has commissioned Mr. Capaldi, a portrait artist, to make an “artificial friend,” or AF, in Josie’s exact likeness. In the event that Josie dies, the data Klara has collected about Josie could be uploaded into this AF’s body. Just like that, Josie would be reincarnated.

“A part of us refuses to let go,” Mr. Capaldi tells Josie’s mother in regards to any misgivings about replacing her daughter with artificial intelligence. “The part that wants to keep believing there’s something unreachable inside each of us. Something that’s unique and won’t transfer. But there’s nothing like that, we know that now.” It turns out that science has, once and for all, settled the question of the soul, a truth that renders Josie replaceable. “There’s nothing there,” Mr. Capaldi explains. “Nothing inside Josie that’s beyond the Klaras of this world to continue.” It’s a twist quite common to futuristic fiction about the implications of technology and artificial intelligence. In fact, it’s a twist previous readers of Ishiguro will recognize from his award-winning novel “Never Let Me Go,” which questions whether clones can be considered as human. And, as it did in “Never Let Me Go,” the existence of the soul goes hand in hand with the existence of art. For Ishiguro, art permeates from that unreachable element, that soul that Mr. Capaldi claims isn’t real.

Fans of Ishiguro praise his reserved writing style, its economy and understatement. But in this novel, Ishiguro’s trademark simplicity does him a disservice, and the dialogue throughout the novel verges on seeming stilted. Like a verbal tic, characters can’t seem to stop addressing each other by name in every other sentence (“‘They’re not quarreling, Chrissie. I assure you they’re not. So let them talk to each other,’ said Helen. ‘Helen, I really don’t need you to interpret for me,’ said Chrissie.”). People are always saying things “gently” or “quietly” to Klara while getting a far-off look in their eyes, otherwise known as the reader’s cue to watch out for subtext. It doesn’t help that much of the story is relayed via dialogue between the characters, as Klara has to have much about the human world explained to her. It also doesn’t help that the very last pages find Klara espousing the book’s entire philosophy. “Mr. Capaldi believed there was nothing special inside Josie that couldn’t be continued,” Klara says. “There was something very special, but it wasn’t inside Josie. It was inside those who loved her.”

The novel could have done without the didacticism. But the book still manages to achieve that distilled, refreshing brilliance so characteristic of Ishiguro, due in large part to the limits of Klara’s narration. One of the joys of reading from her perspective is how her artificial intelligence equalizes the space: Klara describes the geometry of buildings, the bisecting lines of the streets and the shapes cast by the sun with the same amount of attention and interest as she would describe a person. Meanwhile, the story unfolds in her periphery — characters argue and events unfold when all while, Klara has been instructed to stand facing the fridge. Like the sun, Josie and the globe, much of the world lies beyond Klara’s field of vision. More than that, however, much lies beyond the reader’s scope, as the specifics of this futuristic world are never truly divulged. We never learn what it really means to be lifted or unlifted, we never find out how the class system works, and although Ishiguro hints at intrusive government surveillance and a fascist uprising, we never find out much about either of them. Klara spends the entire novel chasing after a sun only ever setting farther away. And we, like Klara, chase a story only ever promised on the horizon.

Perhaps it is true that there is no such thing as the soul. Perhaps it is true that there is nothing unreachable within us, and perhaps, within fifty years, we all might as well be replaced with artificial intelligence. The fact of our redundancy might turn out to be proven by science. But if it is, that still won’t be our lived experience. We will still exist within that world of horizons and vanishing points, blind spots and shadows. Ishiguro depicts a world, our world, where although science has deemed Josie replaceable, the person sitting across from her still can’t help seeing her as the only thing that matters in the world. Even when rationality says otherwise, it will mean everything to her mother, father and Klara if Josie recovers. Perception doesn’t function in any other way: the person standing in front of them matters. The person in front of them is a world unto themself. 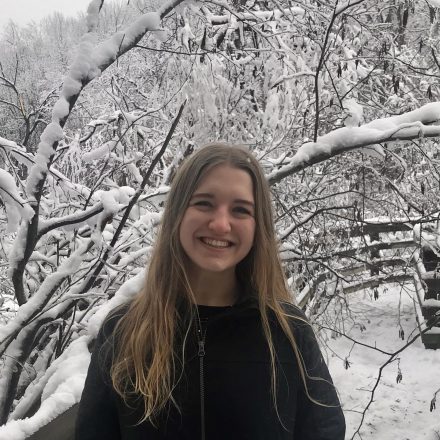 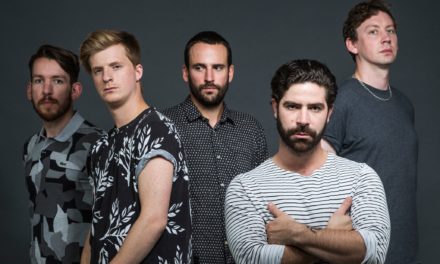 Foals: A Delicate Balance of Thunder, Edge and Serenity 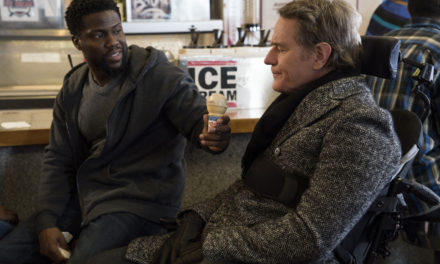