Emory students will have the opportunity to visit the National Center for Civil and Human Rights on Saturday, Jan. 24, 2015, courtesy of the Emory College Council-hosted experience shuttles to the museum, which is dedicated to creating a safe space for individuals to explore the fundamental rights of all human beings, according to its mission statement.

The shuttles are intended to give Emory students a taste of civil rights during King Week.

Established in 2007 after Civil Rights icons such as Evelyn Lowery, Andrew Young and John Lewis suggested the need to build a place that would connect civil rights history with contemporary people and issues, the Center educates people on the bridge between the American Civil Rights Movement and more contemporary, international issues related to human rights. It aspires to reflect on the past, transform the present and inspire the future.

The 43,000 square foot building, located in the heart of Atlanta, adjacent to the World of Coca-Cola and the Georgia Aquarium, is futuristically shaped, with asymmetrical walls and a majestic glass entrance.

Chief Executive Officer of the Center Doug Shipman (‘95C), who graduated with a degree in economics and political science. said the Center is the first ‘Human Rights Museum’ in the United States.

“No other institution discusses and explores human rights issues for [the] broad public everyday,” Shipman said.

Currently on display in the Center is a mural by street artist Gaia exploring the hashtag “iftheygunnedmedown,” in response to the recent racial tragedies in Ferguson, Missouri and New York City.

Also, Morehouse College’s Martin Luther King, Jr. Collection Gallery is on display at the Center until May 3, 2015.

The gallery includes historical artifacts such as King’s diary from Albany Jail (1962), a letter from President Lyndon Johnson to King (1963) and King’s address on the Civil Rights Act of 1964.

The Center has been hosting many events for the Martin Luther King, Jr. holiday. Recently, there was a town hall meeting focused around the issues of Ferguson. There was also a conversation on present issues with Essence magazine and a religious service held by a local Jewish synagogue. Finally, the Center hosted a performance by the Alliance Theater written by playwright Pearl Cleage, a renowned African American writer. Because of these events, the Center has hosted thousands of visitors throughout the week.

During the rest of the year, the center supports women’s issues through the Women’s Solidarity Society or the Justice Society, which is a section of the Center launched in 2010 that invites women and girls to participate in meet-and-greet events, quarterly vision meetings, fundraising, recruiting more participants and sharing stories. Similarly, the Justice Society, an affinity group for the Center catered to legal professionals who seek an environment in which they can support human rights, sponsors special programs, events and training seminars for members.

Additionally, the Center accepts donations for Operation Inspiration, which seeks to ensure that any child in the metro Atlanta area can experience the Center regardless of their economic background.

Students who are interested in getting further involved with the center and its causes in the future can do so through volunteering or interning.

“The Center has year-round internships across our departments including fundraising, marketing, exhibitions, programs and events,” Shipman said. 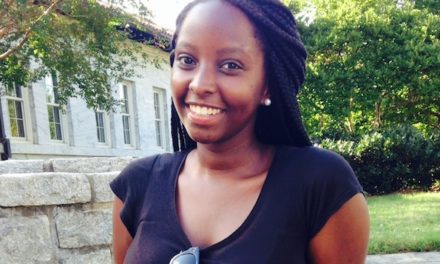