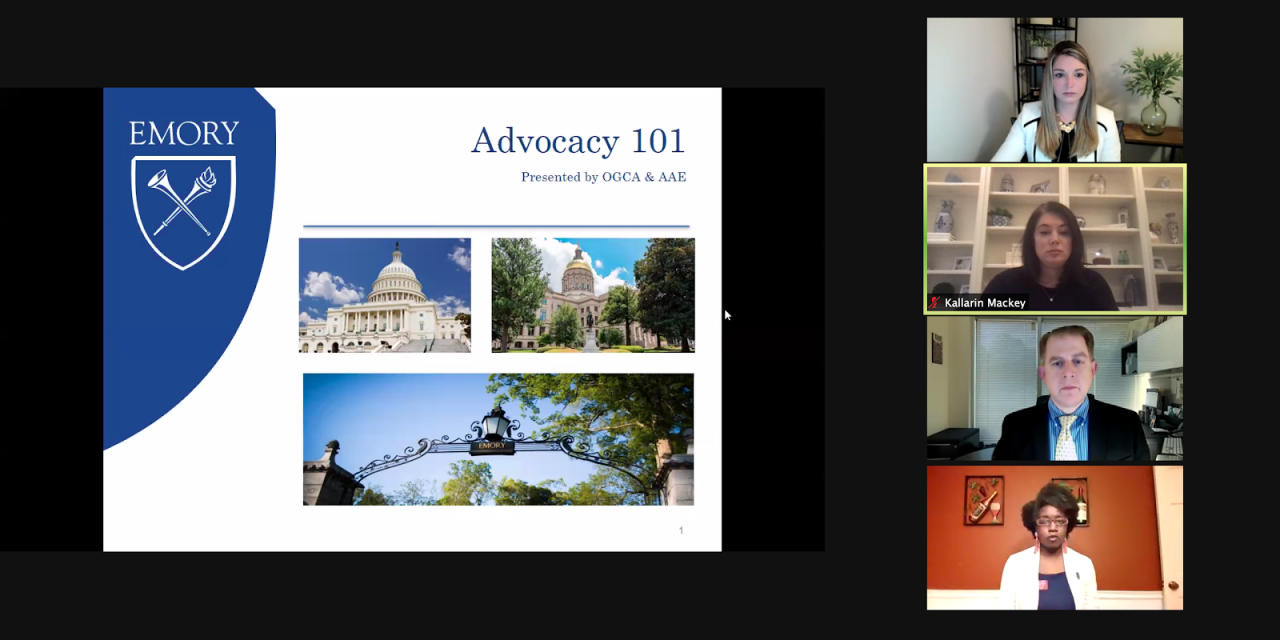 An advocacy webinar focusing on lobbying state legislatures closed out Emory’s first day of online King Week programming, with panelists discussing how to leverage expertise in state-level policy change. The Emory Alumni Association and the Office of Government and Community Affairs partnered to host the event, with Assistant Vice President of State Affairs Kallarin Mackey (19B) moderating.

“We’re lifting a little bit of the mystique here in terms of the legislative process and what it really means to be involved,” Mackey said. “I’m so excited by the conversation because these are real world steps you can take.”

Panelists focused on how to influence policy in state legislatures from the perspectives of lawmakers, subject matter experts and professional lobbyists. They broke the lobbying process into four steps: prepare, build relationships, advocate and follow-up. 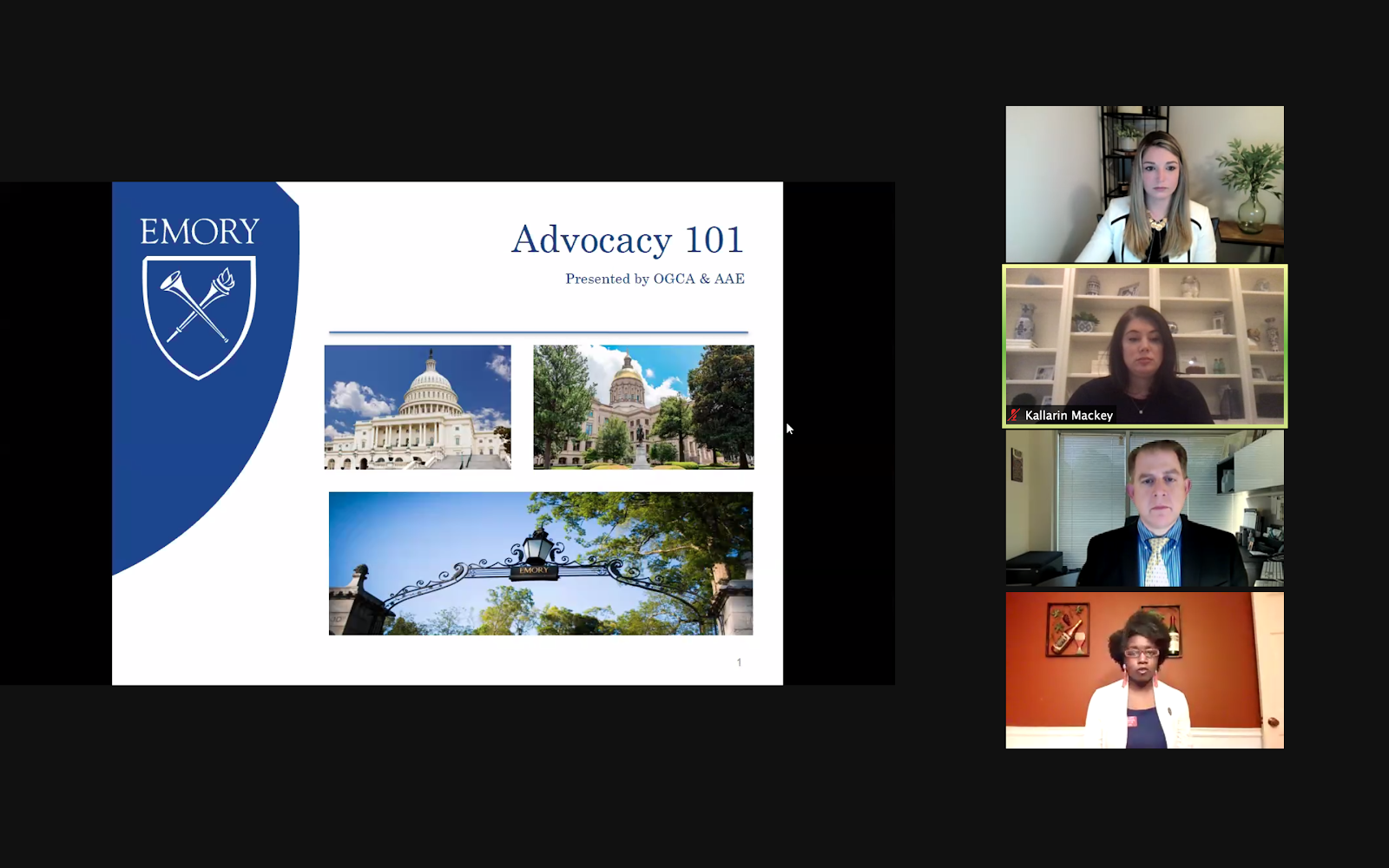 Since Georgia state lawmakers earn a part-time salary with no budget to hire staffers, Clark explained that lawmakers are expected to juggle a range of issues relevant to their district, typically while working a second job.

“Think, for your issue, that you are following … we are expected to know that about 25 to 30 issues,” Clark said. “And so we actually do lean on our advocates and even lobbyists to really help keep us in the loop on what’s going on with legislation.”

Esper, who lobbies to advance Emory Healthcare interests in partnership with Emory State Affairs representatives like Thrower and Mackey, added, “I consider myself as one of the staffers.”

When preparing to lobby lawmakers, Esper prioritizes a strong understanding of legislators’ individual priorities and others’ opposing views. He works to summarize dense, jargon-filled research into easily digestible fact sheets and talking points.

Panelists emphasized the importance of building advocacy on a basis of trust, developing relationships with representatives throughout legislative sessions and long before an intended piece of legislation makes its way to debate on the floor.

“The real opportunities to stop a bad bill or to push forward a good bill or to make changes to make a bill better happen in committee,” Clark said.

Advocates should focus efforts on their representatives and the committee leaders specific to their subject.

During a first meeting with a lawmaker, rather than presenting a specific “ask” like support for a bill, advocates should introduce themselves on a personal level and give an overview of the  organization they’re associated with, if any, Clark said. During the pandemic, Clark said 30-minute Zoom calls are the perfect medium for such introductions.

Advocates should then consistently work to build a relationship with lawmakers, Esper said. He emphasized that advocacy happens on legislators’ terms, so he’s readily available to answer calls and listen to lawmakers.

“You’re going to find yourself in a position in which a sentence, a line, a paragraph, your elevator speech can make all the difference in the world,” Esper said.

Panelists said it’s essential to follow up with legislators, whether through a thank you note, a brochure with contact information or an email. Clark said she prefers searching past emails with issue-specific subject lines to easily reconnect with an advocate.

“This is the step that’s the easiest to do but most often the one that’s forgotten. And it’s the most important,” Thrower said.