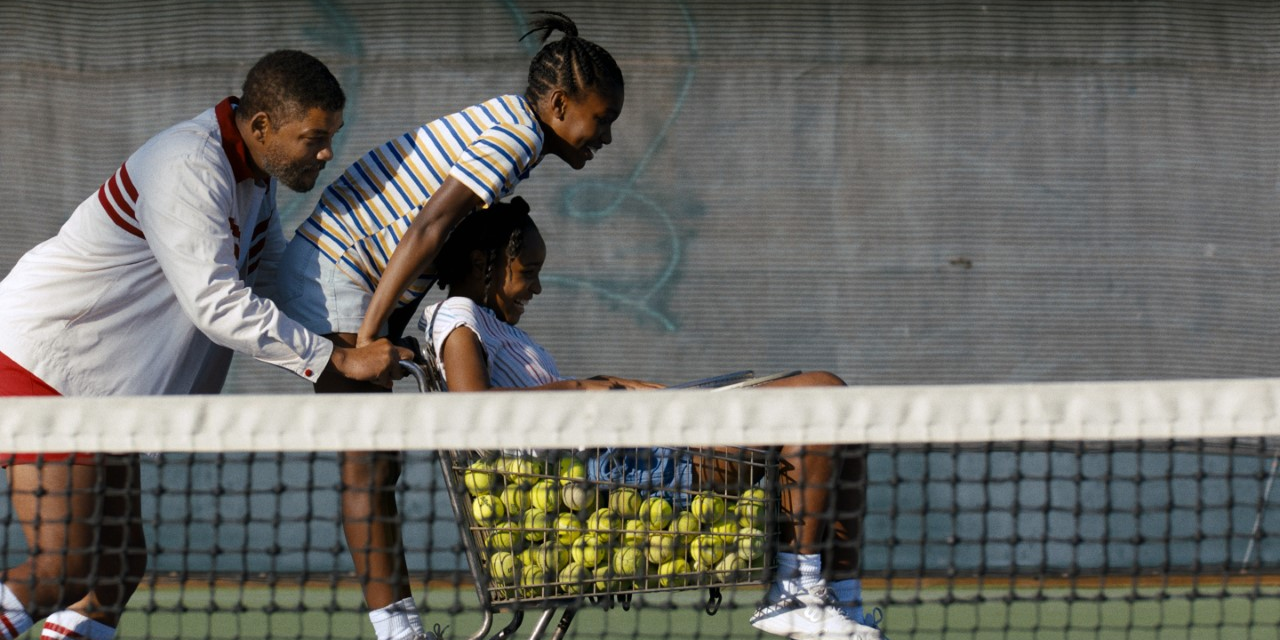 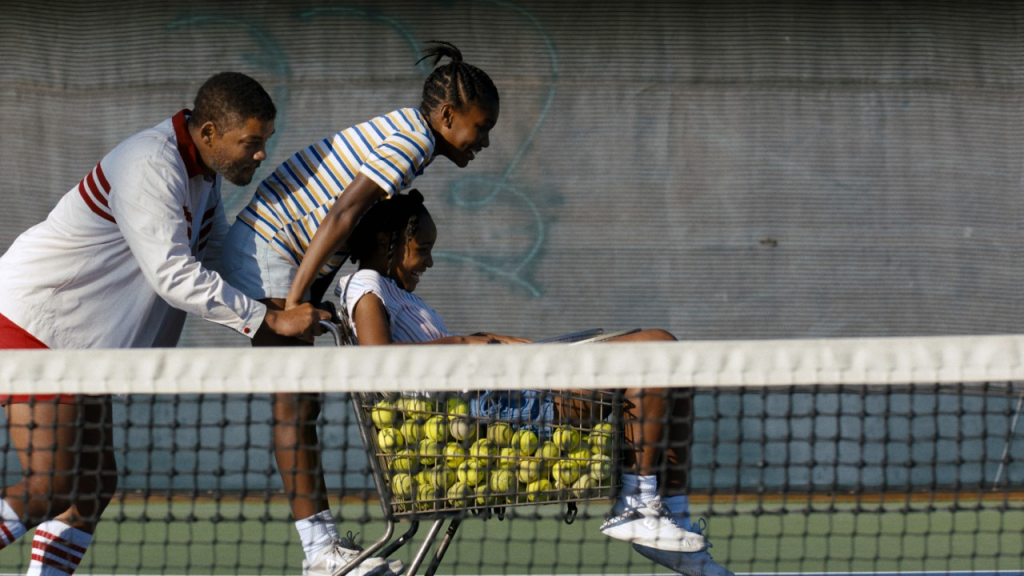 It is not often we get to see the making of a legend, let alone two. It’s even rarer that we are told the stories of those behind the creation of the stars that we love. In the spectacular “King Richard,” director Reinaldo Marcus Green depicts the tale of Richard Williams (Will Smith), the father of tennis phenoms Venus (Saniyya Sidney) and Serena Williams (Demi Singleton) and his role in creating two of the biggest sporting icons of this century. With the iconic duo producing the film, “King Richard” depicts a heartwarming tale of family, dedication and sacrifice that got Venus and Serena to the top of the tennis world.

The film begins with a somber reality of life in the ghetto. We’re instantly reminded of the socioeconomic barriers that the WIlliams family had to overcome to get Venus and Serena to the top. Richard coached his daughters himself, but he also knew that they needed a professional coach to help them break into the world of professional tennis, connect them with sponsors and provide them with the highest quality training. However, this proves to be a tremendous challenge, as the Williams family does not possess the financial background to afford one.

The film also poignantly touches upon the harsh realities of discrimination and the historical oppression of the African-American community. There is one scene in particular that stood out, where a neighbor had called the police on Richard for “overworking” his daughters, prompting the cops to investigate their home when all he ensured was proper discipline, training and care for his girls.

Richard’s eagle-eyed focus on the long-term goal of getting his daughters to Wimbledon was best summarized by one scene in which the Williams family watches “Cinderella.” After they finish the film, Richard quizzes his children on the moral of the story. When they answer wrong, he simply says “always be humble.” Regardless of her newfound beauty and success, Cinderella always remained humble, knowing that it wouldn’t last forever. This elegantly constructed scene elucidates how Richard raised his kids to be respectful, gracious and hardworking, not letting them take their success for granted or allowing them to forget their roots.

When asked what about portraying Richard Williams on screen appealed to him, lead actor Will Smith said he was inspired by an early interview of Richard and Venus Williams when she was still a teenager. In the interview, Richard rushed to protect his daughter from being overwhelmed by questions about her career and aspirations she was not yet ready to face at such a young age.

“I wanted my daughter to look at me like that; it burned an image into my heart and changed my parenting style,” Smith said. He further commented that the film gave him a “new idea of parenting of aligning with your children, rather than directing your children” to guide them in making important life decisions, even from a young age.

A film like “King Richard,” based on real-life stories of people who inspire millions around the world, can impact people in different ways. For Venus Williams, the biggest thing she said she hoped people would take away from the journey of their family is to keep believing.

“Anything is possible,” Williams said. “Always believe in yourself. The time you spend doubting yourself can be spent putting in the work for what you believe in. As a family, you can achieve anything.”

“King Richard” is an inspirational story about two girls, who against all odds, rose to the top with their hard work, dedication, and most importantly, the support and sacrifices of their family. One might argue that the film could have spent a few minutes showing the personal sacrifices Venus and Serena Williams had to make to reach the top. Ultimately, though, “King Richard” is a family drama that happens to revolve around two world-class athletes.

It is not the story of how to make a sports superstar, but rather, how a father and a family support the dreams of two young Black girls to help them achieve greatness. Greatness that goes beyond tennis, into their humanity, their mentality and their relationships. Green’s decision to focus the narrative on the family dynamics, rather than the sport itself, was a pivotal and triumphant decision that adds heart and soul to the film.