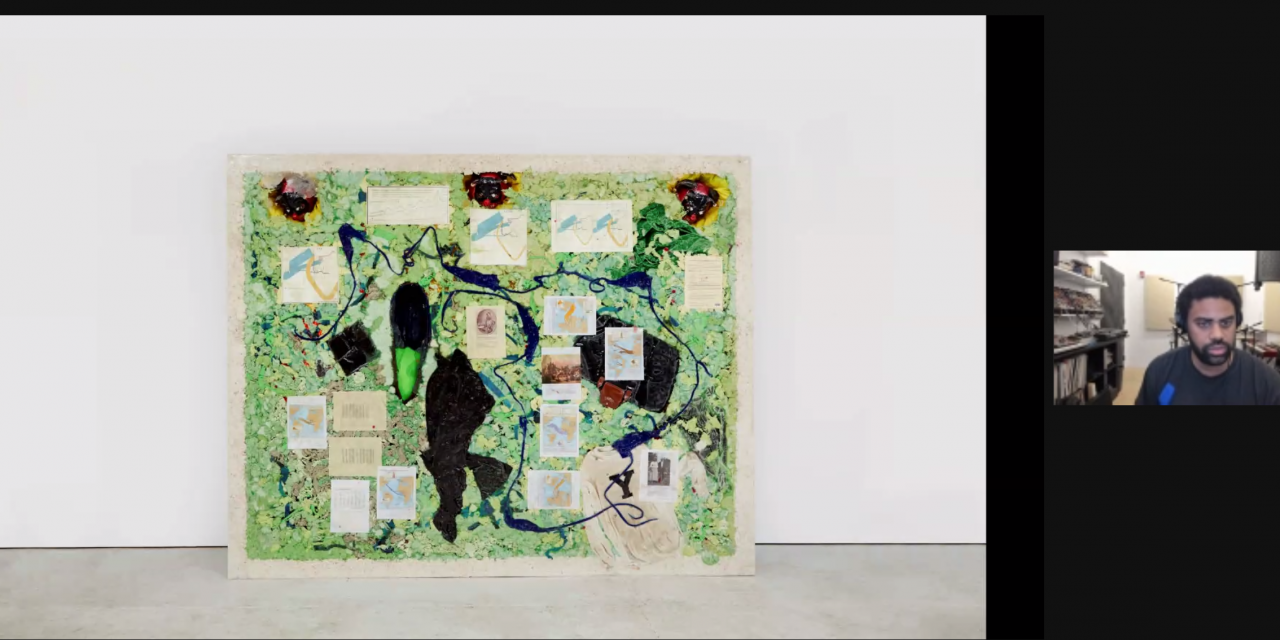 Visual art has the power to not only activate our eyes and brain but also to weave together complex narratives of memory, culture, environment, physical space and race. The visual arts have been utilized as a political and cultural tool for centuries, and today, many contemporary artists are embracing them to foster change in our current political climate. A recent series of lectures from the Michael C. Carlos Museum featuring the works of contemporary Black American artists presents such concepts of equitable representation and social justice through art. The moderators of the lecture explained that this lecture series arose in response to the ongoing Black Lives Matter movement and in reaction to a recent NPR interview with Kerry James Marshall, an influential Black American multimedia artist, who spoke about establishing an indispensable presence of Black Americans in the societal artistic narrative.

The first talk in this lecture series on Feb. 18 featured renowned multimedia artist Kevin Beasley and was moderated by Asa Griggs Candler Professor of Art History Walter S. Melion and Associate Art History Professor Lisa Lee. Both professors appeared ecstatic to have Beasley kick off the series; throughout Beasley’s presentation Melion could be heard whispering in awe over his unmuted Zoom microphone. Beasley, a master of his craft, understands how to harness the original use and practical identity of his chosen materials to create assemblage sculptures that extend beyond their original uses. He also recalls his own experiences as a Black American artist and the broader history of racial dynamics in America. Beasley’s work has appeared in exhibitions across the globe, and utilizes found materials to create artworks and sound-based performances that reflect on space, race, bodies and relationships.

During the lecture, Beasley focused on his evolution as an artist and the ways in which his projects and materials have intersected throughout his career. This discussion reflected the ways in which contemporary artists like himself contend with past and present articulations of race and identity through the unique opportunities afforded by abstraction in contemporary art.

Beasley said that abstraction and disassembly allow him to emphasize and play with the varying levels of recognition and representation each material and each object contains without having to realistically depict a given concept as a whole. He asks himself and his audience a simple, yet critical, question: what can this represent in its parts and its process, not just in its formal or literal visual imagery? This question and his artistic process make space for curiosity, questions, discovery and vulnerability. These are all attributes critical to any artistic institution and academic space that wishes to be equitable and approachable.

Beasley began his lecture by taking the audience back to 2011, when he saw a cotton field for the first time while with his family in Virginia. This is what started Beasley’s thought process about material, the history of cotton and his ancestors’ relationship with it, he said, which then led him to purchase a 1915 cotton gin motor on eBay as well as vast amounts of cotton for his art. Cotton alone can be symbolic of the vast, tumultuous history of slavery in the U.S.

Beasley first used the motor in his graduate thesis exhibition, where it was simply placed on the floor of the gallery in its original state. The overall exhibition honored the personal relationships we have with objects and space, the motor being one of the most recent objects with which Beasley had formed a relationship. It was shown alongside objects ranging from his shower curtain to his brother’s wisdom teeth. 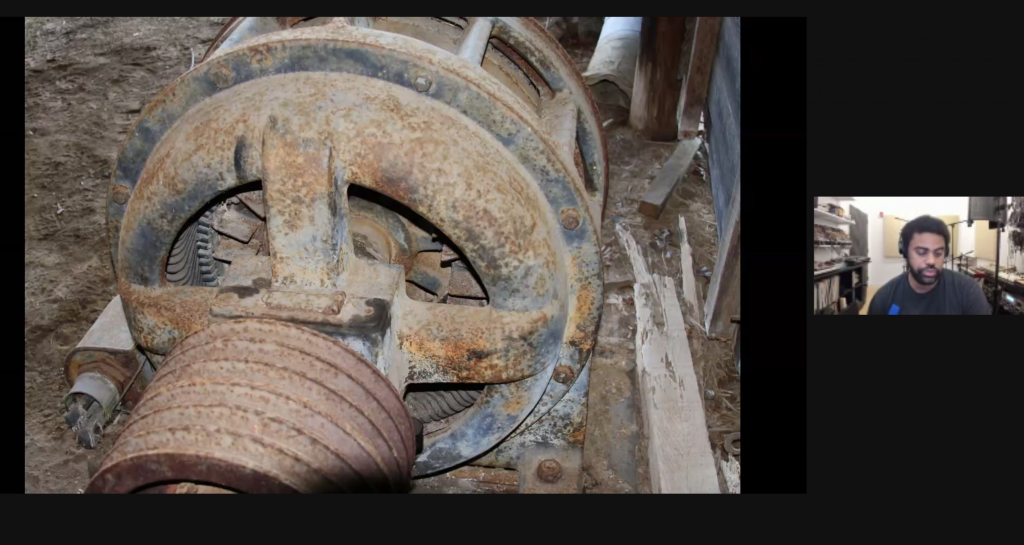 In 2018, Beasley combined his fascination for sculpture and sound by fixing the same cotton gin motor so it could run again, creating the recognizable sound the previous owner had told Beasley about. Beasley allowed his interest in sound and sculpture to convalesce in his artwork. He turned this motor into a multimedia, multisensory artwork entitled “A View of A Landscape,” placed the running motor into a soundproof glass chamber and directed all of the sound outside of the gallery space and into an adjacent “listening room.” Beasley essentially broke one material item down into its many physical and auditory parts, creating space for contemplation in realms both auditory and physical, allowing visitors to think on the ways in which the complex history of land, labor and race have often been ignored or disconnected from American history and industry.

The journey of this cotton gin in Beasley’s work shows his evolution as an artist: from that of an object-oriented innovator to a space-and-sound-oriented innovator. There was a large gap in time between Beasley’s 2011 trip to the cotton field and his artistic confrontation with it. As a Black artist working in America, Beasley said he required patience to deal with such a sensitive historical subject matter and allow himself time to unpack it in connection with his personal and familial history, as well as its implications on a broader socio-historical level. Beasley said he had to ask himself: how do you take something so loaded and find the artistic space to understand the experiences around it?

We must ask ourselves constantly: How are we providing space and time to understand complicated identities, experiences, issues and histories such as that? This question has implications not just for contemporary artists like Beasley, but for students like myself, professors like Lee and Melion, institutions like Emory University and every other facet of society.