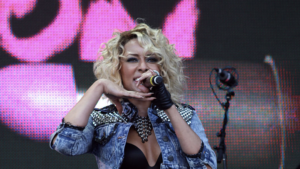 The singer is known for her hits including platinum single “Pretty Girl Rock,” “Knock You Down” and “Breaking Point.”

The Decatur, Ga., native has also helped write songs, including Mary J. Blige’s “Take Me as I Am,” The Pussycat Dolls’ “Wait a Minute” and Ciara’s “Like a Boy,” according to her agency’s profile. Hilson’s pop and R&B album “In a Perfect World…” debuted at No. 4 on the Billboard 200 in 2009.

She has appeared in music videos for Usher’s “Love in This Club” and Ne-Yo’s “Miss Independent.”

The concert is scheduled for 2:30 p.m. at the Quad, according to the Emory announcement.

Student Programming Council President Abbey Kelly (19B) said Hilson’s selection is “a fabulous opportunity to not only welcome back an Emory alumna, but also host a female headliner, which SPC has not done since Fall 2015.”

Kelly added that there will be a performance on Oct. 19, for which the details will be released in upcoming weeks.

Hilson did not graduate from Emory because she received a record deal during her senior year, according to her Twitter. She was studying theater.

Actually, @BambiBarbie, I attended Emory Univ (main campus) after 2 yrs @ the Oxford campus. Got my deal during my senior yr while at Emory.

CORRECTION (8/23/18 at 12:43 a.m.): Abbey Kelly’s name was improperly spelled in one instance. The article has been updated to correct the spelling.