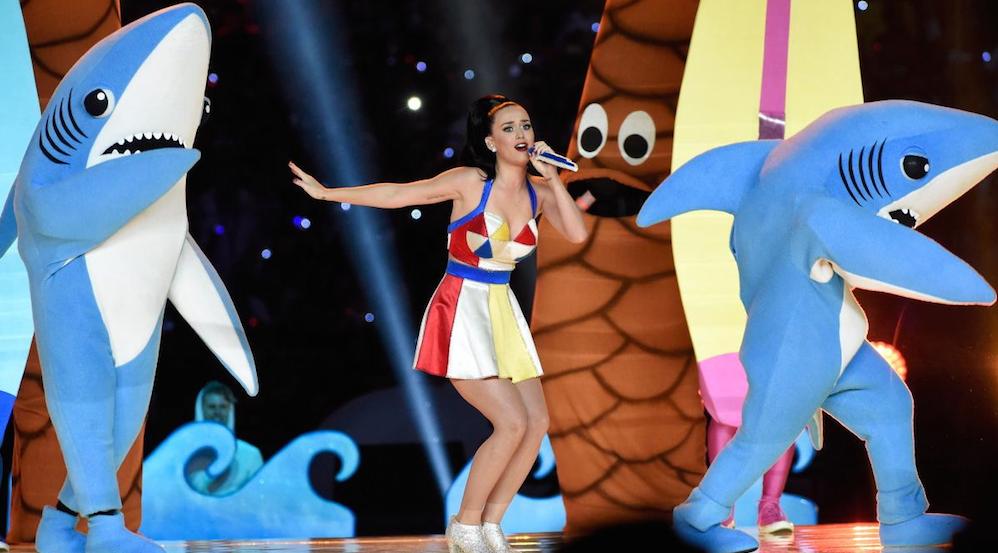 All I have to say to you is: wow, Katy Perry, you are a firework.

Sitting in a packed apartment, my fellow football fans and I were antsy with the tied 14-14 at the half. The tension was palpable. Then, after a series of relatively forgettable commercials, the subwoofer begins to shake the couch and we were off into the most elaborately staged halftime show of all time. The set opened with Perry’s number-one hit single “Roar” and Perry astride a massive, black-morphsuited-man-operated lion. The field was dark and the lion was bright; it was visually spectacular.

The power pop anthem ended with an obligatory, cadential roar and a notably fast, well-orchestrated transition to a projected chess board on which dancers dressed as chess pieces moved in rhythm to Perry’s other number-one hit single from Prism (2011) “Dark Horse.” The visual effect of the projected board is hard to exaggerate; for me, as a television viewer, it stole the show from the inherently impressive clockwork-choreographed dance routine.

The next number, reaching back to Katy Perry’s earliest major hit in a straight forward, on-a-stage rendition of “I Kissed a Girl,” featured guest performer Lenny Kravitz on guitar and backing vocals.

Perry and Kravitz, with an overload of pyrotechnics in the background, maintained great performance chemistry as a duo. Arguably the climactic point of the concert, the pulsing rhythm of the bass combined with the energy onstage brought the at-home viewer to the University of Phoenix Stadium.

The next two numbers, “Teenage Dream” and “California Gurls” showcased Perry’s third studio album Teenage Dream (2010). The staging of both featured bright colors and a very colorful cast of costumed dancers. Beach balls, sharks and palm trees all joined Perry on stage. Unfortunately, the fun energy was to be interrupted rather harshly.

Missy Elliot appeared on stage with Perry and Elliott slammed the brakes on the fun. “Get Ur Freak On” in no way fit with the program; its pulse and pacing were atrocious. It reduced Perry to shouting “Come on Super Bowl!” over and over and over again in an attempt to regain the vigor that had been present, but it was hopeless. It was an utter disaster. The dancing was lost in a poor lighting scheme and Elliott and Perry were subsumed in totally un-chic pseudo-jerseys. Hopefully Elliott will not be invited back to any more nationally televised events.

Thankfully, the downer was featured in only one tune and Perry came back for a powerful finale with her hit single “Firework.” She was lifted off of the ground on a seemingly floating platform and carried around and over the stadium. The crowd regained a great amount of their fervor as the full staging of the song began: a massive fireworks barrage began in and around the University of Phoenix Stadium, the lights of their bursts lighting the field and creating an unworldly landscape. The performance was spot-on.

If this year’s Super Bowl proved anything other than the superiority of the Patriots to the Seahawks, it proved that “The Interview’”s Kim Jong Un was entirely justified in his love for Katy Perry. Her command over her audience has been unparalleled in recent years. She is a master of showmanship and her music is entirely suited to her style of feminine bravado. The over-the-top technical wizardry necessary for this concert cannot be overblown — the amount of planning and choreography necessary for this large of a presentation is absolutely obscene. This show was the complete package.

I feel that this is exactly what the NFL should seek for in its Super Bowl show: high-energy performers with broad appeal and a flare for the dramatic. Beyoncé, Bruno Mars and now Katy Perry have not received any sort of fee for their performances at their respective Super Bowl halftime shows (in 2013, 2014 and 2015, respectively) and they had no desire to because of the massive boost that such a billing grants their album sales. The NFL merely pays the cost of the production and the performer shows up and does their thing and brings in millions of additional viewers who are watching the Super Bowl for reasons other than football (like infamous commercial watchers!), thereby driving up the cost of ad time. The League has a winning formula and now they just need to stick to it. Perry is a crown jewel.

Dancers Celebrate The Drama of Routine 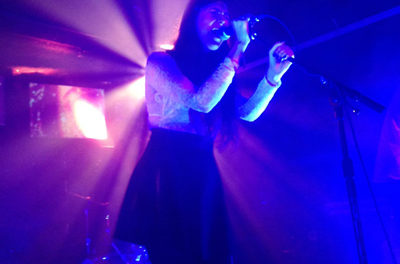 No ‘Static’ In Cults Concert 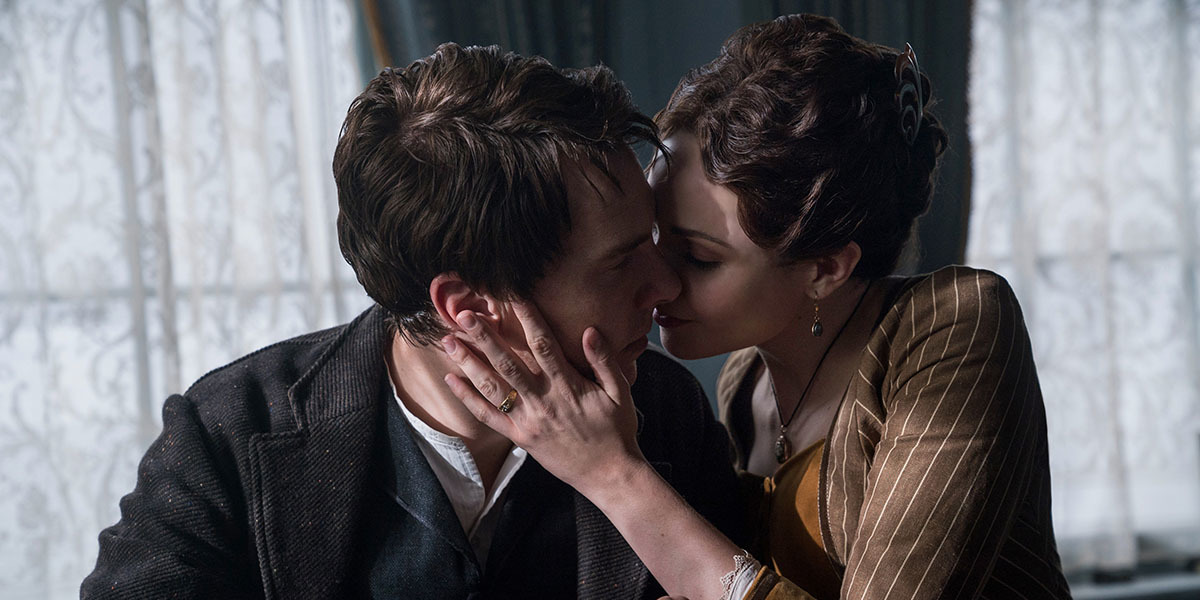