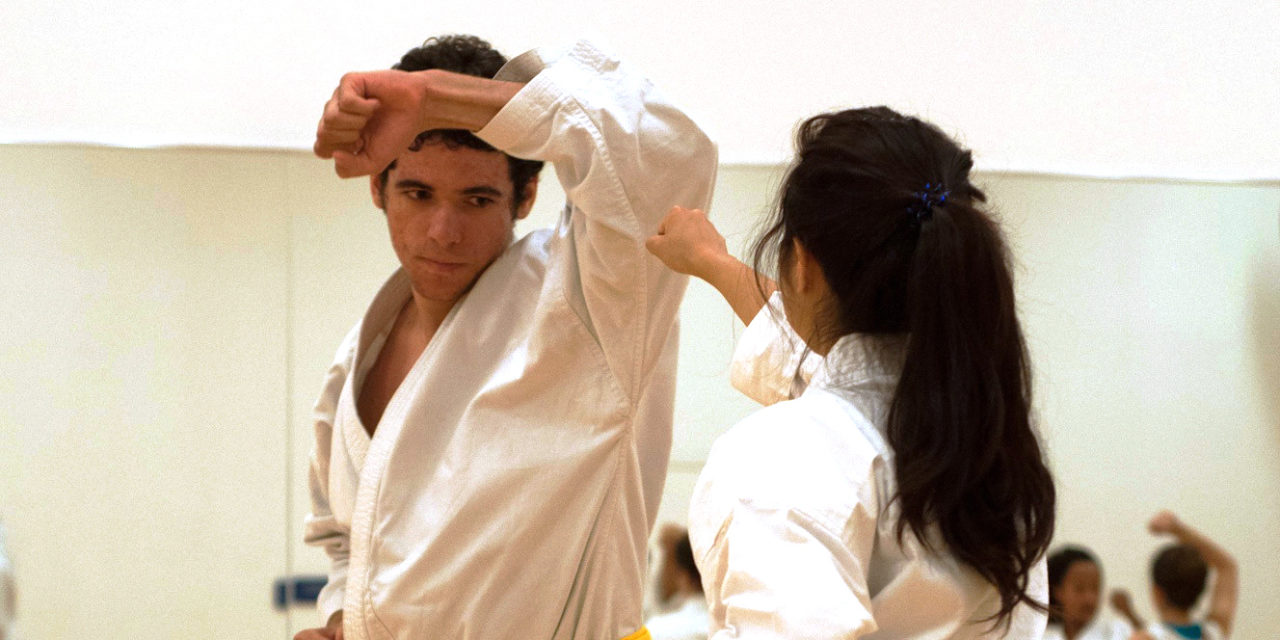 Even though everybody loves kung fu fighting, as the song goes, the Shotokan Karate Club uses a different form of martial arts to bring the Emory community together.

The mission of the Emory Shotokan Karate Club is to promote health, wellness and self-defense to the Emory Community through Shotokan karate. Traits of an ideal Emory student can be shaped through the rehearsal of this mission statement, and the practices of the club allow just that. New members are encouraged to show up and learn how to, as College senior Shirley Hao phrases it, learn how to kick butt.

Emory’s Shotokan Karate club gives students the chance to learn how to perform spinning jump kicks and break through wooden boards with stunning precision and accuracy. One of the aims of the club is to help members develop positive methods of self defense, good health and discipline by way of a distinctive club experience.

The Karate club is a part of the South Atlantic Karate Association (SAKA). Other than the weekly meetings the club has, the members attend SAKA camps where they train twice a day, bond with their fellow members and meet students from other Karate clubs from various locations, including schools in North Carolina and Florida. Emory’s karate club hosts a fighting tournament and belt testing, a test that allows students of various belt colors to earn the next color belt and ultimately clime towards the prestigious black belt, with Emory University’s Oxford campus in November.

The group meets three times a week to practice karate in an intensive martial arts workout that incorporates physical and mental exercises. They begin by stretching, then practicing their martial arts forms – punching, kicking, blocking, flying jump kicks through the air – followed by partner exercises in the same moves. All the while they recite “Dojo kun,” a Japanese rule associated with karate that fundamentally means “to seek perfection of character, be faithful, endeavor, respect others and refrain from violent behavior,” according to the club’s recitation on Sunday.

Hao has been training for the last three years, starting at Oxford College of Emory University.

“I thought it was a great way to get exercise, learn something new and defend myself,” Hao wrote in an email to the Wheel. “Training for karate’s changed me. I have more discipline; I push myself a lot harder than I used to, and I think it’s made me into a better person.”

Albert Ikeda, the club’s sensei, has trained in Shotokan karate for nearly 20 years and is currently a Sandan, or third degree, black belt registered with the Japan Karate Association. Since his retirement from IBM as the sales and marketing manager, Ikeda Sensei has been teaching this form of martial arts for nearly 15 years, at Emory, Oxford and other schools. He often leads the club meetings, instructing the students on their form and technique. Overall he encourages the club members to push themselves harder by leading with an example of the principles represented in the Dojo kun.

When Ikeda Sensei does not lead the practice, the senior members of the club take responsibility. The student who has been in the club the longest and has the highest ranking belt, which as it stands is Hao, will lead the practice and the Dojo kun. However, all of the members are encouraged to teach the younger, newer members how things are done. Anyone new to the club who has not had any prior martial arts experience can be intimidated by the other students who seem to grasp the techniques so quickly, but this method of instruction mimics the style of a “family,” according College senior Adam Graham, where one generation passes down knowledge to the next.

The members of the club all agree that this style of learning is the most effective. Fourth year chemistry graduate student Caitlin Davis, who is the club’s treasurer, cemented the idea that the club functions as a family.

“I love coming to Karate Club. I love meeting the people and getting to know them while training together,” she said. In an email to the Wheel Davis added, “I think karate is a great activity, because everyone can participate at their own ability level. People of all ages and athletic abilities do karate, and I hope that this is something that I can continue to pursue once I’ve left Emory.”

It may be a little frightening, but all members of the Emory Community are encouraged to join the Emory Shotokan Karate Club. It is great way to be physically active while gaining a little insight into Japanese culture via Karate, or Kar-ah-tay, as, according to SpongeBob SquarePants, some like to call it. Emory’s Shotokan Karate Club hosts tournaments and belt testing, along with weekly practices where members can hone their skills. Photo by James Crissman