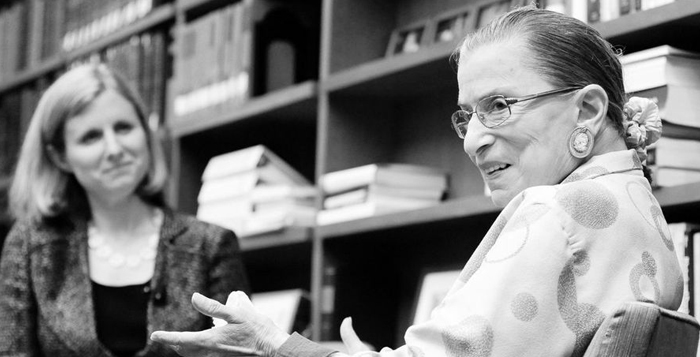 In a recent article featured in Politico, Erwin Chemerinsky, the Dean of UC Irvine School of Law, wrote an article concerning Justice Ruth Bader Ginsburg’s decision to remain on the Court despite mounting pressure from liberals for her to retire. He writes, “If Ginsburg – nominated in 1993 by President Bill Clinton – had stepped down this past summer, President Obama could have had virtually anyone he wanted confirmed.” Chemerinsky goes on to say that while Ginsburg is a paragon of the Supreme Court’s liberal wing, she is too old to stay on for long. He argues that Ginsburg, who is 81, needs to retire “yesterday” so that Obama can nominate an equally liberal successor before the November elections, when Senate Democrats are supposedly set to lose their majority and thus would remain paralyzed to confirm a successor thereafter.

Chemerinsky wasn’t the first pundit to express this sentiment; however, it is part of an unnecessary discussion. Even the thought of calculating the departure of a Supreme Court Justice and the successive nomination is part of an unnecessary conversation. Ultimately, it seems as if Legislative politics has entered the Court, a grave outcome which harms the checks and balances set in place by our Constitution.

A variety of decisions from the Court have come to influence modern American politics. In the 50s, 60s and 70s, the Court issued a blizzard of decisions that affected American policy. For example, in the Roe v. Wade case, the Supreme Court in 1973 issued a majority decision in favor of a woman’s right to privacy when deciding to perform an abortion. Roe wasn’t the only decision that sparked political movements however, as many of the decisions of this era of the Court are still debated today. Yet, this case was significant in that it elevated the Supreme Court to its current status as a mediator in particularly divisive issues.

What has essentially ensued from Roe and other decisions alike is a need to pack the Court with “conservative” or “liberal” justices in order to satisfy political agendas. Decisions such as that of Roe have increased the theatre of the Supreme Court and have also caused party politicians to consider the Court as a political vehicle when making their calculations. Nowadays, even the District Courts can serve to political agendas, such as the DC and 11th District Court’s rulings on the Affordable Care Act.

Because the Court has the authority to weigh in on a variety of issues, ranging from civil rights to teeth whitening at tanning salons, it is important that we do not nominate Justices based solely on ideological climate. Doing so corrupts the system of balance the Court has against the Legislative and Executive Branches by essentially combining the two into one governing body in a manner modeling an oligarchy.

If we could replace Justices on a whim, then the Court would not have to not check against the Legislative and Executive Branches, but rather serve them. This is why the life term of a Supreme Court Justice is so important, specifically in terms of the integrity of our government, and why Ginsburg has both the authority and the right to choose when she leaves the Court.

While the life term can seem to create a Court that is often decades behind the current political faction in power, it is important to recognize that this Constitutional mechanism is contingent towards an effective government.

In an era where party politics dominate progress, it is the Supreme Court that acts as a buffer against the calculations of any party. Truly, it is one of the few institutions that can still affect change without needing to bow to politicians or outside influences. While the Court has issued many decisions with its usual drama that seem to paint victory for one side and defeat for the other, (Burwell v. Hobby Lobby, for example), its integrity as a system of governance, not a system of politics, must be maintained.

The pressure from pundits and politicians alike for Supreme Court Justices to conform to the whims of party politics is certainly nothing new. From Franklin Roosevelt to Chermerinsky, politics has played a huge role in the trend of those wishing to alter the Court in the name of a larger political agenda. However, as history says, the Court has ultimately rebuffed such challenges to its structure, and has remained an institution like no other because of this invariability. The Court still retains its central purpose by serving as a buffer against the abuse of politics gone too far – immune to outside influence and political threats, the structure of the Court is inherently an apolitical institution, and should remain that way.

Ultimately, Ruth Bader Ginsburg is a Justice with liberal leanings, but one who interprets the Constitution in her own lens, not the Democratic Party’s. Even though she is considered an “activist Justice,” her decision to continue serving on the Court is representative of the Constitutional structure of the Court at work. Justice Ginsburg, along with moderates such as Justice John Roberts and more ideological justices such as Antonin Scalia, is part of a Court that has largely been consisted of justices across different political spectrums. The fact that Justices have too often cross aisles to issue majority decisions means that the outcomes of cases from the Court reflect not one will of a majority, but rather the conglomeration of multiple perspectives. This diversity of interpretation has been the crux of many historical decisions from the Court.

The Founding Fathers intended for the Court to consist of Justices from all political spectrums across multiple Presidents, such that tyranny of the majority does not overtake the Court. The prevention of absolute power of one party in any Branch of government has been a common theme of many Constitutional mechanisms, and is why bipartisanship is so often observed. It’s a system that has been described as messy, but our government is ultimately one that can accommodate a small majority like the conservative Justices, and a vocal minority such as Ginsburg because of its structure.

As with the other Justices, Ginsburg is free to interpret the Constitution as she wishes for however long she intends to. To begin to tell her that she “doesn’t belong” on the Court any more is both impolite and inconsiderate of her background as one of the few female lawyers in her graduating class at Columbia Law School. It also reflects a misunderstanding about the sole purpose of the Court: to serve as a Constitutional check against the much more ideological (and political) Legislative and Executive Branches. Justices ultimately do not and should not have a duty to any party, President or ideology, but rather to how they see they interpret the document that has been the foundation of our government for generations. While the meaning of those few thousand words can change over time, the document still continues to exist in its full integrity thanks to the Court.

– By Somnath Das, a College sophomore from Warner Robins, Georgia.

U.S. Politics is Ruled by Rage 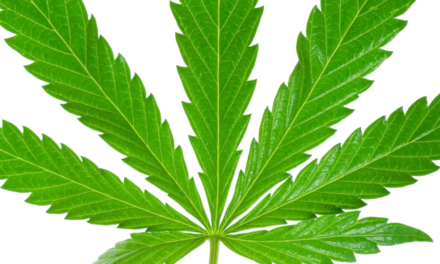 Weed Is No Menace to Society