As the editorial board of Boston University’s student newspaper wrote earlier this month, journalism is not an inviting field. News organizations across the U.S., The Emory Wheel included, are often toxic, elitist environments, creating significant obstacles for aspiring low-income and Black, Indigenous and people of color (BIPOC) journalists. This is as inexcusable today as it was a hundred years ago, but last summer’s nationwide reckoning with racial injustice has created a rare opportunity to force change. We cannot let it elude us. For that reason, media organizations must offer more paid internships, prioritize recruiting journalists from minority and low-income backgrounds and commit to eradicating all forms of discrimination in their newsrooms.

Professional journalism’s inaccessible, toxic culture is a complicated problem, but it starts with college newspapers. These organizations do not just send new journalists into the industry; they also help maintain its existing toxicity and elitism. At the Wheel, for example, some editorial positions can require up to 40 hours of work per week; for students who need part-time jobs to survive, that kind of commitment is impossible. Newspapers are meant to report the objective truth. However, the heavy workload adds to the building of an exclusionary culture to feed affluent individuals into the journalism industry while stomping out low-income and other critical voices. For organizations that exist to promote civil discourse and transparency, such elitism is ironic and unjustifiable.

Meanwhile, BIPOC journalists often find themselves left out of the conversation. In an analysis of 1.3 million disinformation tweets targeting Black voters, AI For The People, a nonprofit aiming to increase representation in the technology industry, found that Black journalists were told that they could not report on the 2020 presidential election because they lacked “objectivity.” “This created a situation where the loudest commentary on race was coming from a president with far-right tendencies,” said CEO Mutale Nkonde. Black journalists are consistently excluded from covering stories that face race. If the journalism industry cannot even talk about uncomfortable topics, how can we expect progress to occur?

This racism and exclusionary thinking not only affects national newspapers, but even the Wheel itself. Wheel writer Namrata Verghese (19C) said she was told by Wheel editors that, as a person of color, she could not be objective enough to cover BIPOC responses to pro-Trump chalkings that appeared on Emory’s campus leading up to the 2016 presidential election.

Without BIPOC journalists’ crucial voices and perspectives, the journalism industry not only discriminates against their personal experiences, but also succumbs to partisan reporting. One way it does this is through the limited number of paid internships, where unpaid internships inevitably prioritize those with the financial means to do so. As a result, these voices are indirectly being shut out of the industry. With paid internships, those who juggle part-time jobs would still be able to pursue a career in journalism while still meeting other financial and familial obligations.

Such barriers to access compound the stereotypes that journalists face in a politically polarized environment. Journalism needs reform: this starts with proactively eliminating workplace discrimination by diversifying coverage, allowing BIPOC to write about polarizing issues and providing paid internships. To eliminate the barriers of entry in student newsrooms, leadership positions should not only actively recruit a diverse group of members, but should also add leadership positions that increase flexibility with schedules. It ends with uplifting BIPOC voices in the newsroom and cultivating inclusive spaces where they can shape coverage.

Journalism has the power to hold influential individuals accountable by giving voice to the oppressed and telling their stories. Instead of facilitating such oppression, media organizations from the smallest college papers to the largest national newsrooms should stand against it. But first, they need to end it in their own ranks. 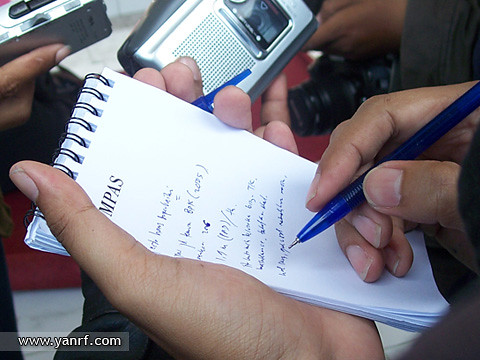