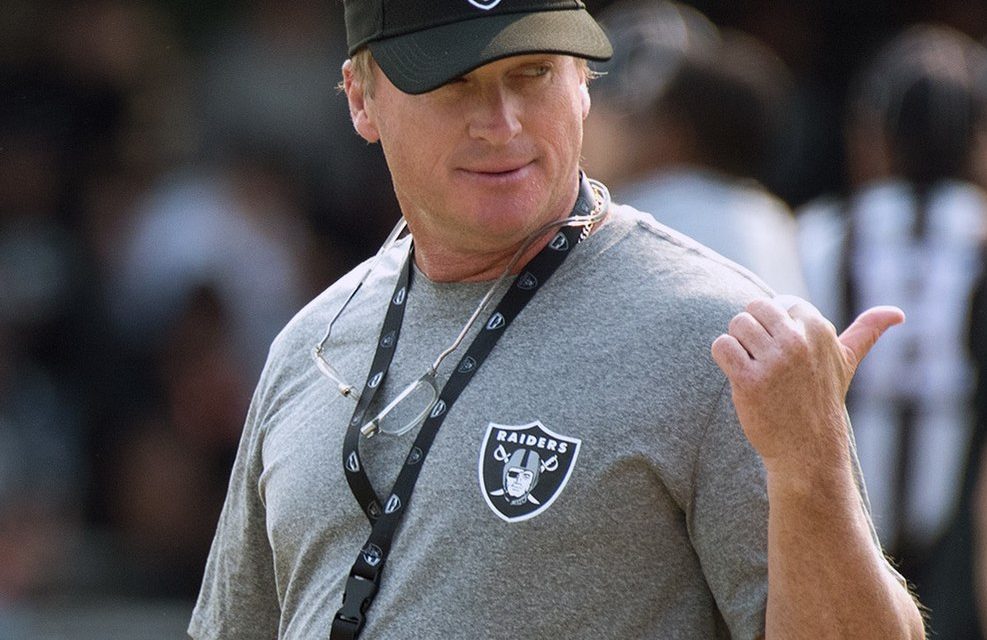 On Oct. 11, Jon Gruden resigned from his position as the head coach of the Las Vegas Raiders after reports of racist, homophobic and sexist emails that Gruden sent in 2011.

Gruden has been an active member in the league for many years. From 1998 to 2001, Gruden was the head coach of the Raiders. At the time of the emails 10 years ago, he was an analyst on ESPN’s Monday Night Football. Gruden made racist remarks in the emails toward DeMaurice Smith, the former executive director of the NFL Players Association. In addition, he was critical of gay players in the league as well as women being referees.

By no means are Gruden’s actions acceptable, and he should have been fired had he not resigned. But, there is a broader theme about the inconsistencies in the standards that players and coaches in professional sports are held to.

In response to the controversy, the Tampa Bay Buccaneers announced that they are removing Gruden from their Ring of Honor because Gruden’s actions do not align with the team’s core values. However, wide receiver Antonio Brown, one of the team’s star players, has faced criminal charges of assault as well as multiple allegations of sexual assault, yet he is still employed. Cornerback Richard Sherman was also signed by the Buccaneers on Sept. 29 despite Sherman being arrested this past summer for domestic violence.

These inconsistencies are not just centered to the Raiders. In 2020, wide receiver DeSean Jackson posted antisemitic comments on social media with references to Adolf Hitler. Despite Jackson’s apology, the Los Angeles Rams signed him this past summer, seeming to look the other way from his wrongdoings.

The individuals that make up a team aren’t the only problem. More than often, the problem starts at the top with the owners and chief officers that help create the organization’s culture. The Washington Football Team was under a serious investigation over the past two years about their hostile work environment, where reports of harassment, intimidation and bullying were deemed to be a commonality. Despite being fined $10 million by the NFL as a result of the investigation’s conclusions, no one was fired.

Needless to say, accountability appears to be greatly lacking in pro sports. Had Gruden’s past emails not been brought to light, he would still be coaching one of the league’s most influential franchises with a diverse group of players. Raiders defensive end Carl Nassib is the first active NFL player to come out as gay. Gruden, who made homophobic comments in his leaked emails, coached Nassib every day and put him in an uninclusive environment unknowing to Nassib, which goes against the NFL’s values. In light of the emails, Nassib took a personal day away from the team to process the situation.

There is a common foundation in all of these investigations. Although the specifics differ, there are underlying wrongdoings, whether it be in regards to racism, sexism or antisemitism. None of them should be justified, and we need to hold everyone who commits these acts accountable for their actions and call on them to learn. Jon Gruden should not be the only one without a job in these situations.