John Lewis: The Hero We Always Needed and Will Never Forget

Of all the signs I saw protesters carrying at the 2017 Women’s March in Washington, D.C., I felt compelled to take a picture with one: the infamous image of a state trooper beating of late civil rights giant and Georgia Congressman John Lewis as he led a voting rights march in Selma, Ala. on March 7, 1965. Above the hand-drawn depiction of that moment in history was written a question: “ALL TALK?”

Just a week earlier, then-President-elect Donald Trump had lashed out at Lewis on Twitter after the “conscience of Congress” declined to attend his inauguration, claiming Lewis, arrested 40 times in six years during the civil rights movement, was “all talk, talk, talk – no action!”

This was just one example of Lewis’s sustained resistance to the Trump administration and Trump’s response was just one example, before he even took office, of the lies that would come to define his tenure. Lewis’s life of activism and heroism stood in stark contrast to the political life of Trump: selflessness vs. narcissism; courage vs. cowardice; justice vs. lawlessness; love vs. hate. And it makes his death on Friday, July 17, at the age of 80, that much harder to accept.

The story of these two men is one of antithesis, of a moral leader and an immoral demagogue. To me, Lewis was always a reminder that righteousness remained in politics even when, following Trump’s election, it seemed increasingly tenuous. Whenever my faith in America has wavered since the 2016 election, knowing that Lewis was still standing up to Trump restored it. That is just a fraction of what his passing has taken from us.

The loss of Lewis is particularly tragic in a time when moral leadership is so greatly lacking. But we must also do what he would have demanded of us in this extraordinary moment: continue fighting for “good trouble” that our generation’s crises demand.

What exactly should this fight look like? For one, it means ridding our government of the corruption and criminality that Trump has normalized. On Nov. 3, we will know if Lewis’ legacy truly remains alive based on the changes in government we make at the ballot box. Do the hard work to secure our democracy by taking up his mantle: register voters, volunteer for candidates dedicated to protecting our right to vote and push everyone to cast their ballots. 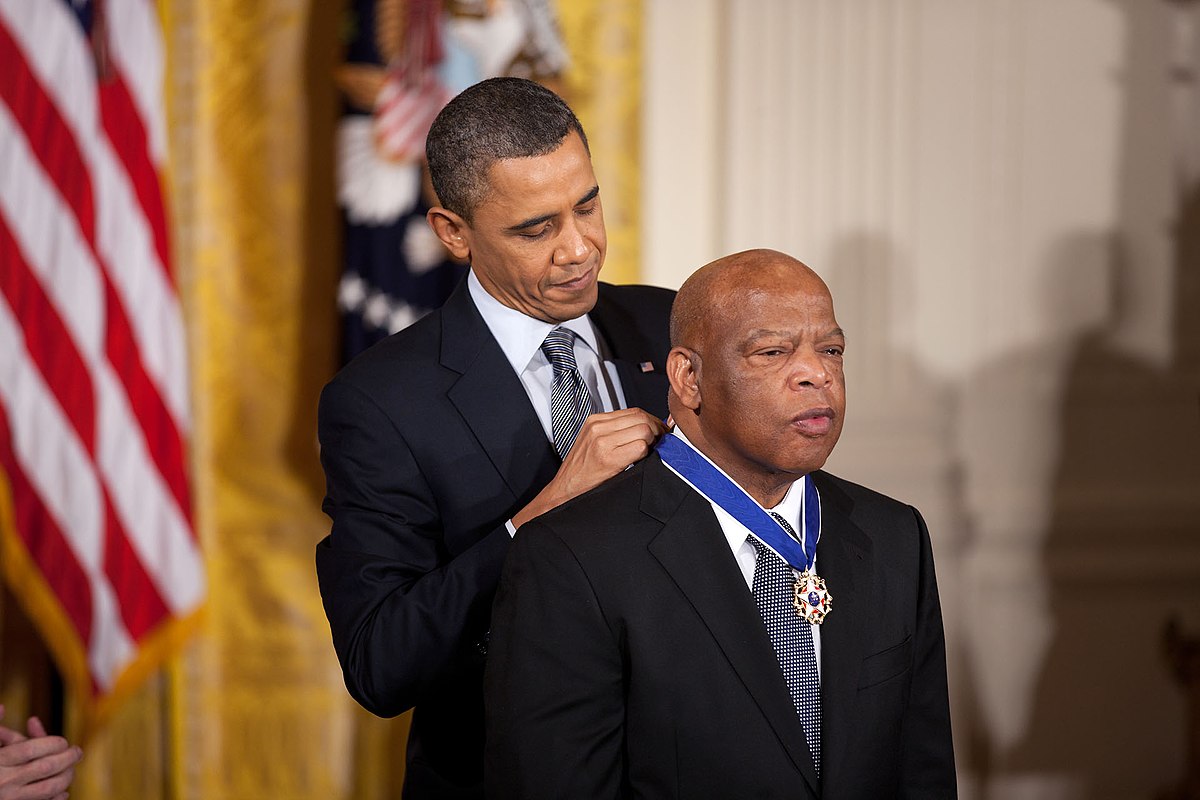 It also means fighting the racism still terrorizing Black and brown Americans. Lewis’ fiery speech at the March on Washington for Jobs and Freedom, which he helped organize and lead, demanded urgency in combating oppression. In this moment of national grief for George Floyd, Breonna Taylor and the thousands of others lost to state-sanctioned killings, his words should reverberate in our ears: “We are tired of being beaten by policemen. We are tired of seeing our people locked up in jail over and over again. And then you holler, ‘Be patient.’  How long can we be patient? We want our freedom and we want it now.” His words should serve as a reminder that we must continue to push for a reimagining of law enforcement and criminal justice in a country that looks down upon Black and brown Americans and imprisons more people than anywhere else in the world.

Finally, what we need now more than ever is unity. It is undeniable, except maybe to Trump and his ilk, that Lewis was an American giant whose shoes will be impossible to fill. His love for his country is as unquestionable as Trump’s disdain for it. This disdain and its consequences have never been clearer than right now, as a pandemic, racial injustice and a recession ravage the nation. While Trump has tried to further polarize the country and salvage his foundering reelection effort, over 140,000 Americans have perished from COVID-19.

Lewis fought for a world in which love and peace would reign supreme. He believed in each and every individual’s worth. That’s why he worked so tirelessly to force America to truly live up to its creed. I hope we continue that work ourselves. We must listen to health officials and act selflessly, whether that means wearing masks if we’re out or staying home if we’re sick.

When I recall that cold and rainy January day on the National Mall, standing next to that poster of John Lewis, I remember feeling profound hope. The feeling came from knowing that, even during a Trump presidency, we still had Lewis – the boy from Troy, the Freedom Rider, the conscience of the Congress, the good troublemaker – standing up for what is right and refusing to be silenced.

You are dearly missed, John Lewis, but you will always be with us. We cannot stop. We will not be patient. We will continue to make good trouble, necessary trouble, in your honor.