A quick Google search for “consulting blog” registers the blog of Emory Lecturer in Organization and Management John Kim (05B), “Consultant’s Mind,” as the first result. Kim created Consultant’s Mind in April 2012 to define the role of consultants and how they “think a bit differently” compared to employees in other business divisions, he said.

“Increasingly, people want to know what your point of view is,” Kim said. “They really want to know that you have an opinion and [you are] able to back that up with data.”

With over 400 blog posts in his repertoire, Kim provides commentary and videos on a multitude of business-focused topics, including tips and tricks for interviewing clients and solving complex business problems. He publishes five to seven times per month, and has been posting for over five years. 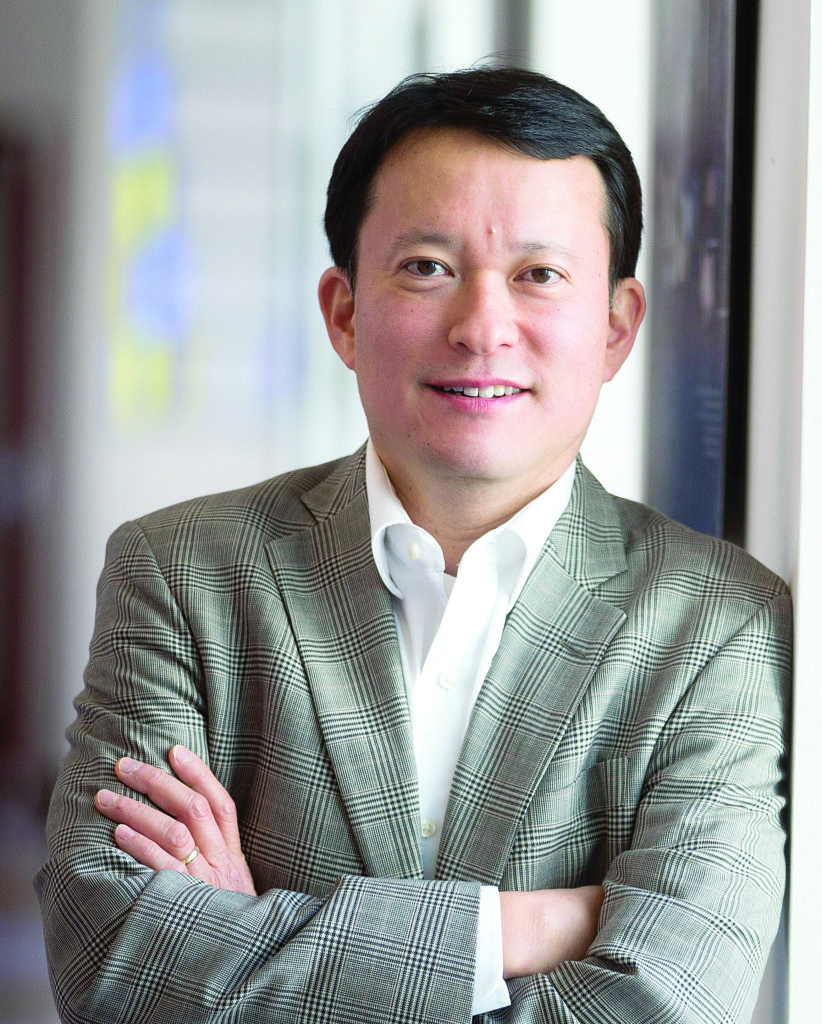 A Georgia native, Kim graduated with a BA in Economics and International Relations from the University of Southern California. He then completed his MBA at Goizueta Business School in 2005.

He worked as an internal consultant at Deloitte and for manufacturers including Applied Materials, AGCO Corporation and Philips Healthcare.

Kim said his previous responsibility of training junior associates at a consulting firm is similar to teaching college students how to think like executives.

He referred to his students as “padawans,” a “Star Wars” reference alluding to a master-apprentice relationship that depends on cultivating trust and stimulating curiosity.

Kim said his students become comfortable with engaging in discussions as the semester progresses. Part of developing the class’s chemistry, he said, is providing students with a chance to share their opinions and disagree with him.

“It takes time to build trust,” Kim said. “When you first play basketball with four other people, it’s awkward. You are a team, but not really.”

Kim said he talks for half of the class and listens to student ideas for the rest of the time, a teaching tactic he acquired as a consultant.

“I treat my classroom like an executive workshop,” Kim said. “Emory students are pretty mature. They don’t want to wait until they are 45 to make a difference.”

As for personal growth, Kim said that blogging has helped to sharpen his understanding of his interests in economics and consulting. When he first began “Consultant’s Mind,” he spent five hours writing a 200-word blog post, a process that he has since trimmed down.

“The more you write, the sharper your point of view becomes,” Kim said. “It’s a problem if we look at a problem two dimensionally. If the answer is simple, it’s probably wrong.”

In “Infographics: Telling Stories With Data,” a multi-media blog post published on Jan. 10, 2013, Kim wrote that infographics are beneficial tools for readers to consider.

He analyzed examples of effective and ineffective graphic design, aiming to persuade consultants to find new modes of presenting their argument or story.

“Everything is storytelling,” Kim said. “It’s about motivating people to take action. I tell my students, ‘Don’t wait to graduate to start being an expert at something.’”

Kim said that the consulting catch-phrase “Be. Do. Say.,” popularized by BrightHouse Founder and CEO Joey Reiman, has motivated him to continue blogging as a way to inspire students to showcase their so-called interests.

Some users have gotten jobs using the advice on his blog, Kim said.

Kim said that his blog is an efficient teaching tool because it helps him avoid repeating lectures. For example, Kim opts to send his students a link to “Recruiters Speak: 17 Things All College Graduates Need to Know” when they ask for suggestions on preparing for corporate life.

After years of experience in recruitment, Kim said that he prefers to see a candidate’s work rather than hear about someone’s so-called interest. He recommends his students start blogs or, at the very least, websites for their published materials.

“People talk a big game,” Kim said. “These days it is not enough for [someone] to have an interest. You have to put your artwork out there.”

“[He was a] super engaging professor [who] cared a lot about his students,” Parikh said. “[In his class], it’s more about the students debating the topics and understanding the cases, rather than answering a yes or no question.”

Whether he is teaching organization and management, blogging about consulting or inspiring students, Kim said he is constantly curious. With no plans of stopping, Kim’s continued commitment to “Consultant’s Mind” is a testament to that energy.