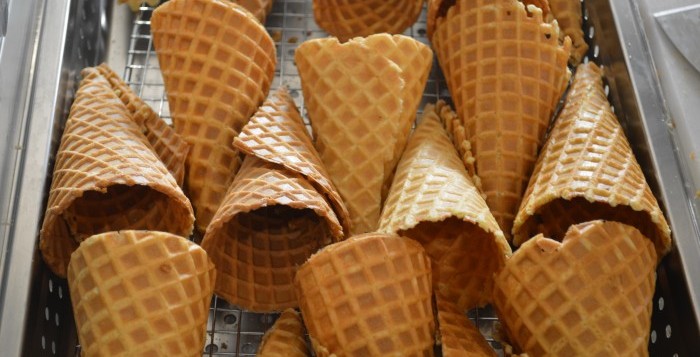 Jeni’s Splendid Ice Creams has officially opened in Decatur Square. As an ice cream love who lives close to Downtown Decatur, this is wonderful news. As a grown woman who consumes ice cream at an alarming rate, this is also dangerous news.

Jeni’s Splendid Ice Creams is an Ohio-based creamery founded by Jeni Britton Bauer in 2002. The shop is famous for its unconventional flavors– signatures include Goat Cheese with Red Cherries, Brown Butter Almond Brittle and Brambleberry Crisp.

Jeni’s prides itself on the absence of flavorings and dyes in its grass-grazed ice cream as well as their focus on cultivating community near their kitchens. The creamery has been serving the Atlanta community since the opening of their Westside Provisions District shop in October 2013. The Decatur Square shop officially opened on Friday Nov. 7, and another store in Krog Street Market (Inman Park) is slated to open this fall.

Westside was where I first got hooked on Jeni’s. I’m usually a very picky eater; on a scale of zero to 31, I’m definitely vanilla. My first time at Jeni’s, I even got vanilla– it was a seasonal flavor called Salty Vanilla that I paired with Key Lime Pie. The ice cream was sweet and creamy but also tangy and refreshing. It wasn’t just vanilla. It was something else, something with more depth. I couldn’t put my finger on it.

That’s because Jeni’s Splendid Ice Creams isn’t just about the ice cream. It’s about the experience. It’s about waiting in a line that spans way out the door of the Westside shop on a Saturday night. It’s about testing so many flavors that you start to look suspicious. It’s about Instagramming the little orange Jeni’s sign and ignoring your friends that call you “basic.” Because there is nothing basic about Jeni’s. Jeni’s is hip and delicious. Jeni’s is a lifestyle.

I’d never been unwilling to brave the 20 minute drive from Emory for the 20 minute line at Westside in my attempt to live that Jeni’s lifestyle. But with the opening of the shop in Decatur, my quest for the Jeni’s lifestyle is significantly easier. I was worried, however, that the Decatur shop wouldn’t have the excitement and the life of Westside Provisions, but Jeni’s Decatur Square did not disappoint. The only place where it did not measure up to Westside was the line– it took less than five minutes to sample the ice cream and then to choose and pay, and you won’t see me complaining about that. I’ve definitely branched out from vanilla since my first Jeni’s visit. I went with my tried and true favorites, Wildberry Lavender and Goat Cheese with Red Cherries, for my christening Decatur Square experience. Goat Cheese with Red Cherries is like a tangy cherry cheesecake, but not sickeningly sweet or rich. Wildberry Lavender is harder to describe; it’s incredibly fruity but also smooth. It’s like the personification of a delicious-smelling lavender soap, minus the actual soap taste. It’s like eating the word “calm.”

I even splurged and got a pint of Goat Cheese with Red Cherries to go. Half of it was gone within an hour of returning to my apartment. What I’m implying is that I ate half a pint of ice cream by myself immediately after eating two large scoops of ice cream in the shop. This is why the new location is so dangerous.

The Decatur Square Jeni’s is so dangerously beautiful because it’s so much easier for Emory students to access. It’s only about a seven minute drive from campus, and it’s the perfect treat after a meal at popular Decatur restaurants like Victory or Brick Store or Leons. It’s also located right next to a particularly boujie Marta station, which would be a cool perk if the trains were easier to access from campus. Downtown Decatur is a very pedestrian, very hang-out area, which makes it the perfect place to mosy and browse with friends until you find yourself needing an ice cream break.

The employees at Decatur Square Jeni’s were just as hip, sweet and indulgent as in Westside Provisions. The woman at the register was particularly friendly and told me in impressive detail about other flavors I should try if I liked Goat Cheese. It wasn’t until I was back home that I realized I had been talking to the Jeni of Jeni’s Splendid Ice Creams. I was horrified at first, but it was probably for the best. I definitely wouldn’t have kept my cool had I known I was talking to the Jeni.

Embarrassing omissions aside, I’m incredibly ready for a life where Jeni’s is less than 10 minutes away. The Decatur store is just as cute and quirky as the Westside store, and the ice cream is, as always, unusual and delicious. The entire experience is one that can and should be repeated again and again. But be careful. It’s easy to get hooked. Eat responsibly. 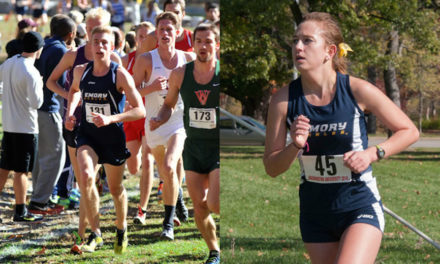