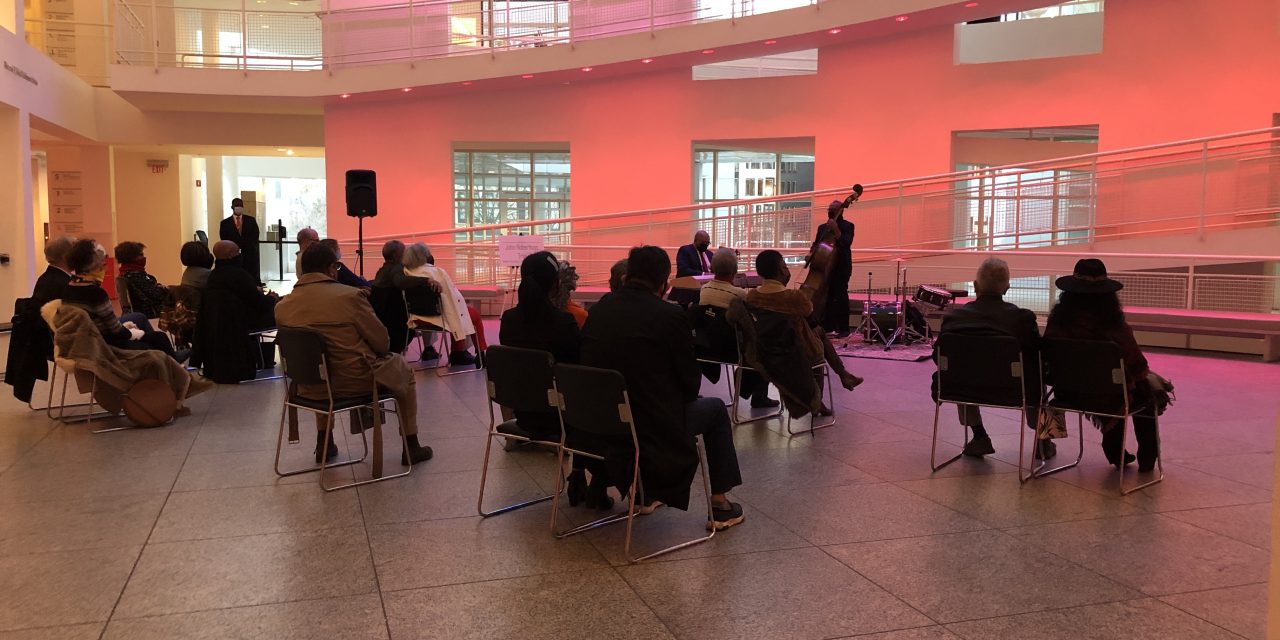 As jazz clubs and music venues nationwide weather the ongoing pandemic, live music concerts of all kinds are few and far between. But on the third Friday of every month, jazz and art aficionados alike come together safely to attend Friday Jazz at the High Museum of Art in Midtown Atlanta. On Feb. 19, the show featured smooth and riveting jazz performances by the John Robertson Trio and the Milkshake Quintet.

Once inside, museum ushers explained the trio would play in the main auditorium while the Milkshake Quintet play in an adjacent building. I decided to attend the John Robertson Trio’s performance first. While labeled a trio, the group began the night as a duo consisting of John Robertson himself on the keyboard accompanied only by the trio’s bass player and a vacant drum set. Even as a bass and piano duet, the jazz was swinging. Immediately, I could gather that this would be a night of smooth and jubilant tunes, largely due to the fact that Robertson was just as comfortable behind the microphone as he was behind the keys, singing his own rendition of Ella Fitzgerald’s “It’s Only a Paper Moon.” Later on, the two musicians were joined by Robertson’s son, James Robertson, who completed the trio. James sat down at the drumset and jumped right in, adding the delicate punch needed to complete the music. 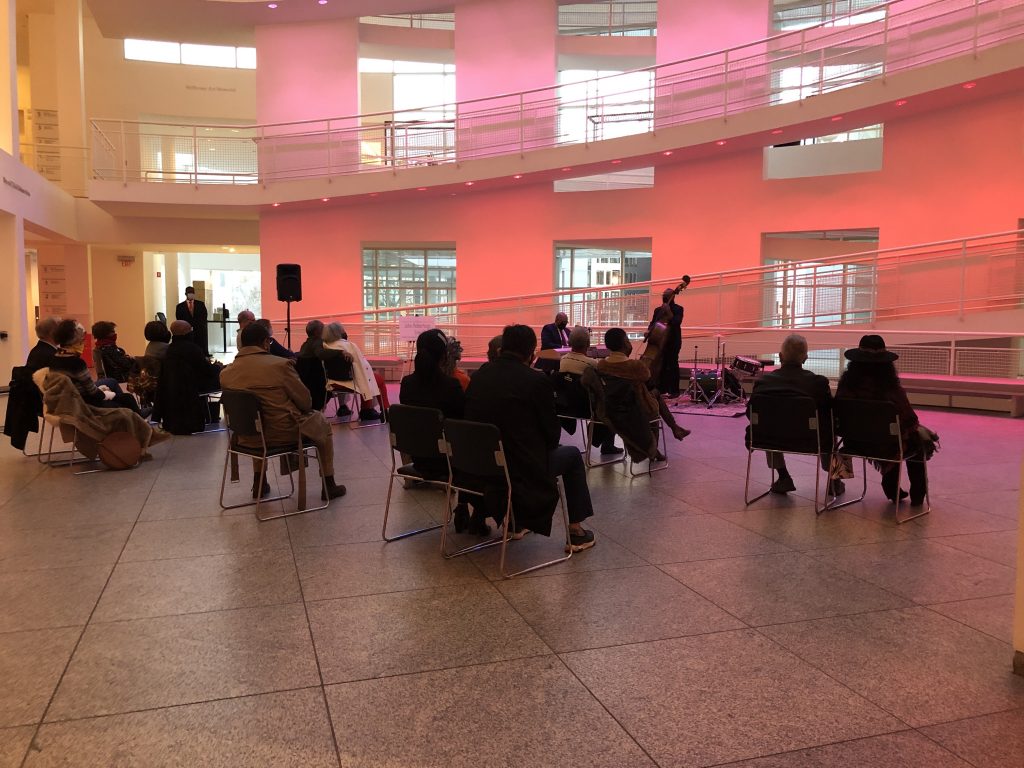 The Robertson Trio play to an audience at the High Museum of Art. (The Emory Wheel/Alex Wellisch)

Of course, some aspects of the typical concert scene were modified to comply with safety guidelines and protocols. Seating was limited, and standing audience members were, for the most part, 6 feet apart. The audience members, along with the musicians, were required to wear masks throughout the performance. The Milkshake Quintet performed behind a wall of plexiglass, and Milkshake Mayfield himself was required to put a covering on the bell of his trumpet.

Apart from the safety protocols, what made the concert distinctive was its integration with the entirety of the museum. Concertgoers were encouraged to use the ramp in the auditorium to explore the museum’s vast collection of art exhibits ranging from modern and contemporary art to an exhibition on African art. Due to the structure of the museum, which features art galleries that circle the auditorium, the music could be heard deep into the exhibitions. It was an experience that beautifully combined two separate art forms. 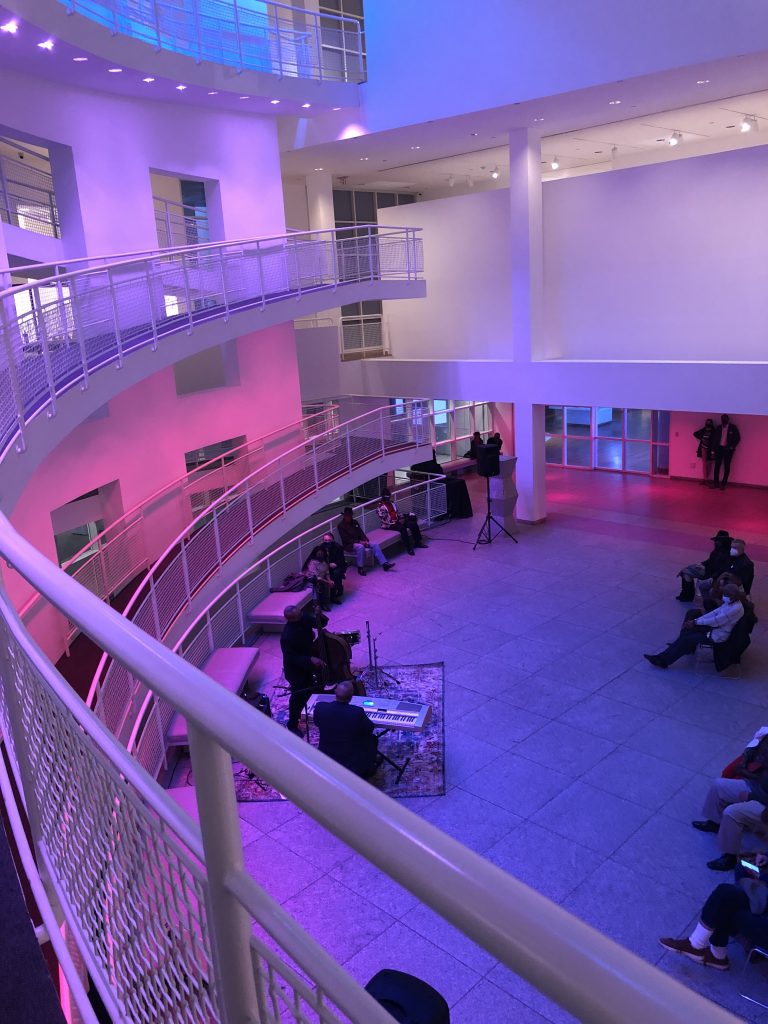 An aerial view of the John Robertson Trio from the railway leading to the art exhibits. (The Emory Wheel/Alex Wellisch)

After a long walk through the extensive art galleries accompanied by lingering background jazz from the trio, I walked over to where the Milkshake Quintet was performing. While not as colorful and grand as the auditorium, this room was much more intimate. 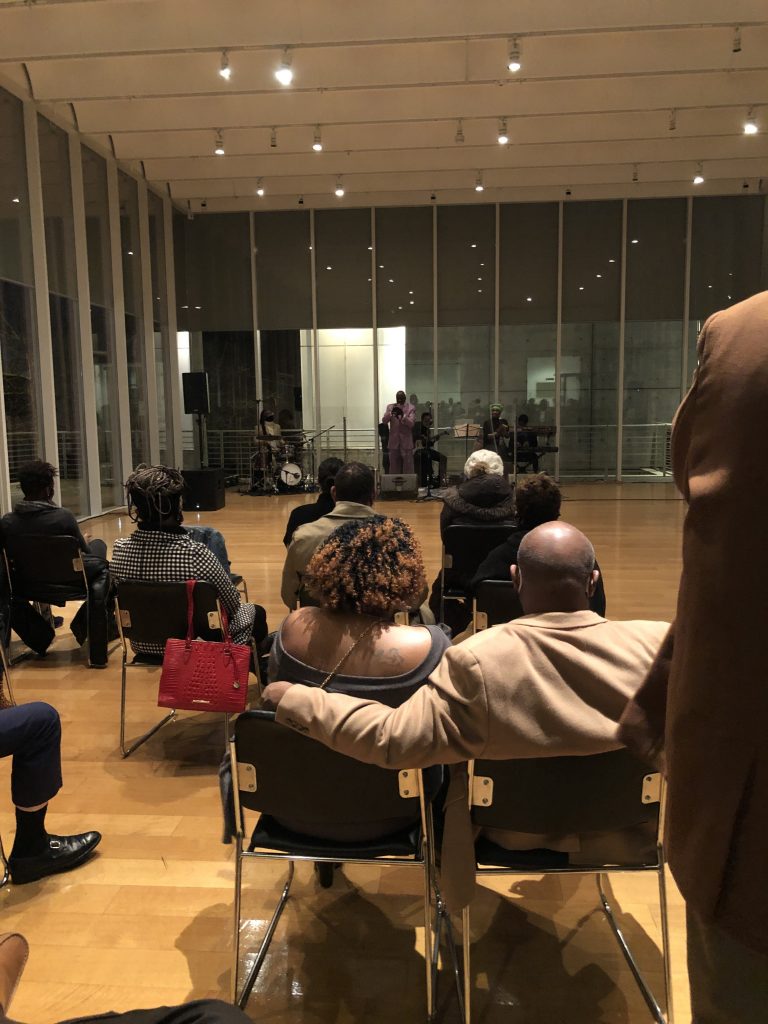 The Milkshake Quintet performs in a separate building of the High Museum of Art in Atlanta. (The Emory Wheel/Alex Wellisch)

While the John Robertson Trio played feel-good sing-along tunes and waltzes, the Milkshake Quintet opted for a more upbeat, high tempo, almost gospel-jazz fusion. The music was uplifting, to say the least, and the vocalist, Milkshake’s wife Christine Mayfield, even paused in between songs to let her audience know that they could “show some love” to the Quintet by clapping, dancing or shouting to express enjoyment. It was undoubtedly an enthralling performance.

All around, the event fed my musical appetite in a way that has been long overdue as a result of the pandemic. Walking into the High Museum, my first time inside a museum and at a live concert since last January, I was instantly overcome with nostalgia and excitement. Standing in line, I saw other concertgoers with the familiar look of eagerness and anticipation before witnessing a live performance. Even the mundane act of waiting in line and scanning my ticket put a wistful smile on my face. If nothing else, the experience brought back traces of a simpler, more pleasant time before COVID-19. So, if you, like me, are having a burning urge to safely attend a live concert amid a pandemic, the High Museum’s monthly jazz night is likely your best chance. 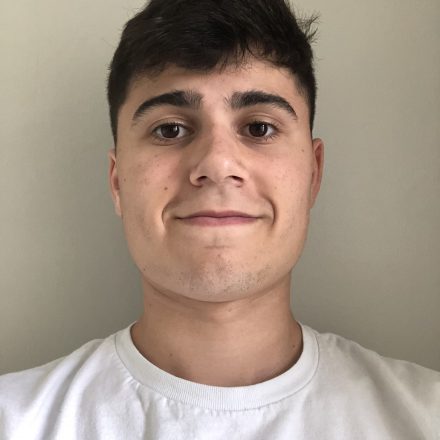 Alex Wellisch (23C) is from Washington, D.C., double majoring in business and music. Outside of The Wheel, his hobbies include playing the drums and guitar, listening to records and occasionally playing a friendly game of chess. If you want to talk music, from Stan Getz to Ozuna, Alex is your person.