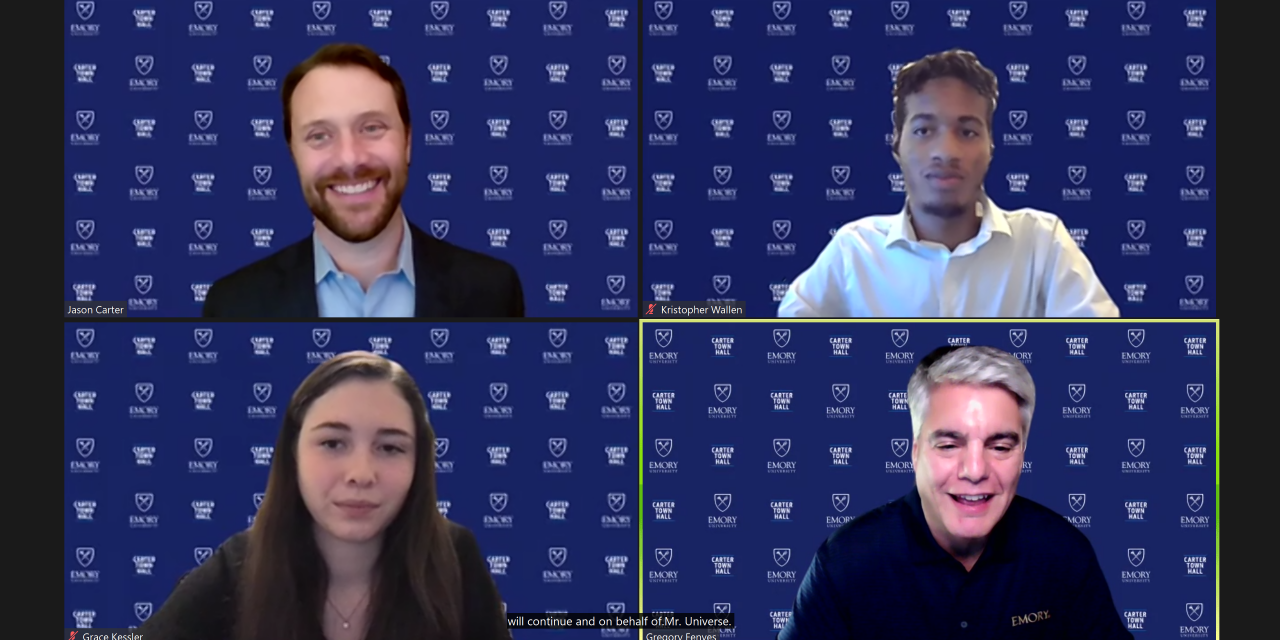 Departing from a 39-year tradition, former State Senator and 2014 Democratic gubernatorial candidate Jason Carter replaced his grandfather, former U.S. President Jimmy Carter, as the keynote speaker in this year’s annual Carter Town Hall. Jimmy Carter was unable to be the speaker at the event for the first time due to continuing recovery from a surgery last year to relieve pressure on his brain. 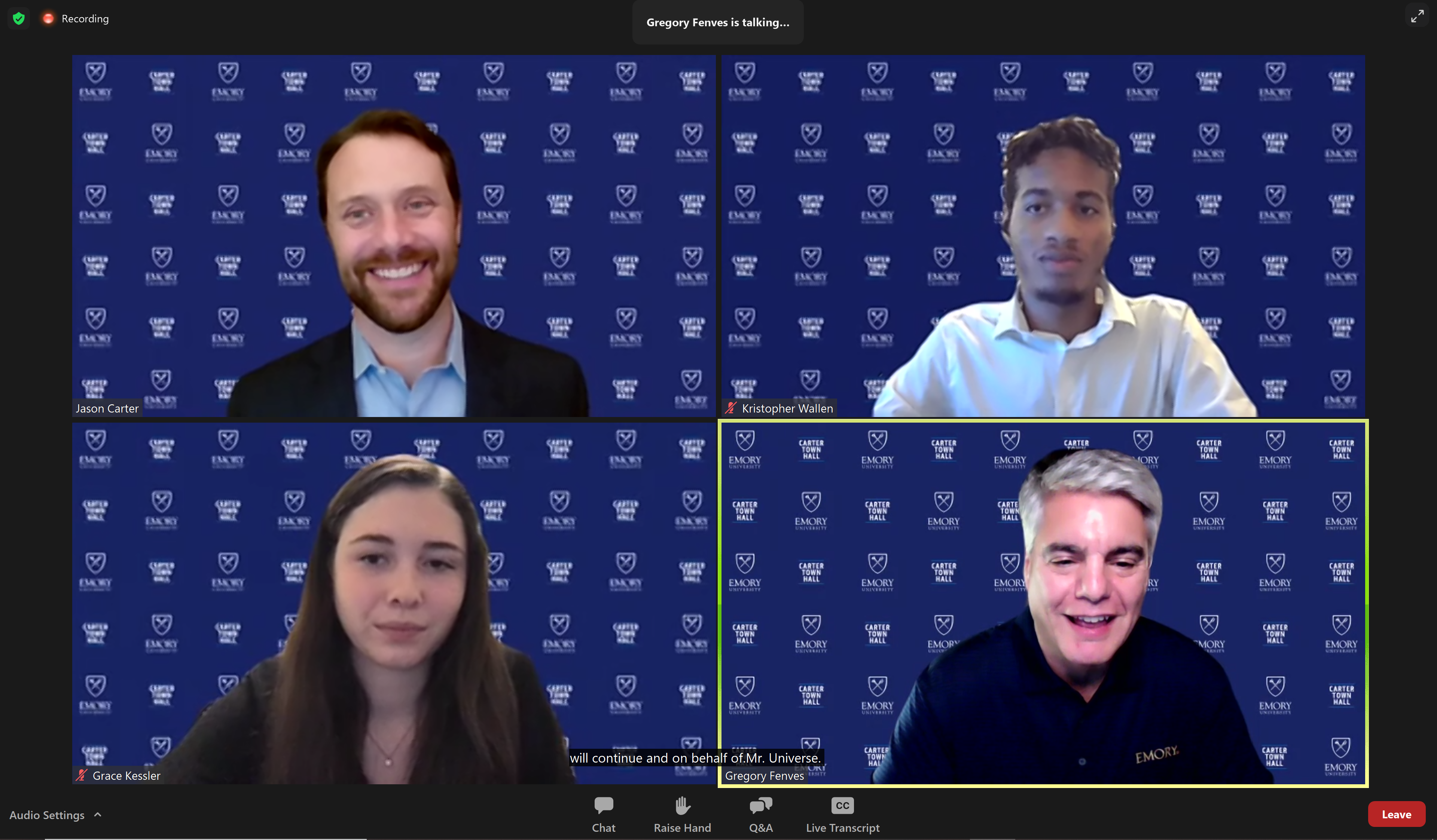 “I wanna wish everybody a successful approach to the academic year and other facets of their life,” Jimmy Carter said in a recording forto students this year.

Gelaye emphasized the standing tradition that the Class of 2024 was promoting. Steffel then introduced Jason Carter, who called into the event from his home.

“My grandfather poured his heart out in these town halls,” Jason Carter said. “He truly gave a true honest version of himself.”

Students had the option to either submit questions beforehand or use the live chat function to ask Jason Carter questions.

“It is virtually impossible to fill my grandfather’s shoes,” he added.

For an hour, Jason Carter answered questions ranging from advice for first-years to the global mission of the Carter Center. He also shared his experience running for office and being a public representative.

“I feel like my political career occured in a different era,” he said. “So many things have changed in the last four years about the way we treat each other … It’s almost unrecognizable in some ways.”

Before going to law school at the University of Georgia and entering politics, Jason Carter worked in the Peace Corps after graduating from Duke University (N.C.) in 1997. He aimed to improve education access in rural areas in Lochiel, South Africa during the post-apartheid era and discussed the parallels between their voting procedures in 1999 and America’s today, recalling being impressed by the high voter turnout.

“They knew that that voice mattered so much, and it had been denied for so long,” he said. “I watched those people in South Africa vote like they never voted before. … It makes me think our elections are a lot sadder than that, but hopefully we can turn that round in the coming weeks.”

Jason Carter also offered comfort in response to students seeking advice for sadness and loss during an uncontrolled pandemic and economic recession.

“You’re not alone — all of us in many ways feel like we’re drowning,” Jason Carter said.

He added that students should still feel encouraged by these tribulations and be patient with themselves.

“There’s just as much reason for faith now as there has ever been,” he said. “Our democracy is being tested in many ways, but … whatever happens, we’re going to come out the other side.”

Jason Carter concluded by updating the audience on his current work, helping the Carter Center through its transitions and supporting “incredible people” running for Georgia office.

“I have been looking toward this next generation of individuals, including the Class of 2024, to push forward and bring us and show us more clearly than we’ve ever been shown before what our country is and what it can mean in the world,” he said.

Although the event was virtual this year, students were grateful for the opportunity to participate in this long-standing Emory tradition.

“It’s really special that this event was still able to be put on,” Kessler said. “It maintains a fundamental Emory tradition for the freshman class to have direct contact with someone so influential in our community and freekly ask them questions.”