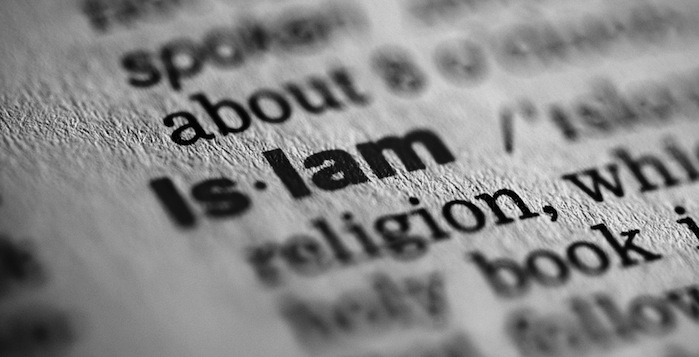 In the United States, a student organization responsible for ‘choosing the commencement speakers’ at University of California at Berkeley wrote a statement condemning the college’s choice to host Bill Maher, a notorious critic of Islam. Not very far away from the United States, a Swedish minister – who happens to be Muslim – was criticized by his peers for having a “hidden agenda.”

And in Europe, it does not get better. With the rise of the Stop the Islamization of Europe (SIOE) and other far-right organizations and political parties – the United Kingdom Independence Party (UKIP) in the UK and the National Front (FN) in France – the Muslim diaspora in Europe is threatened and at great risk for losing their own ground.

Common to all these events is this acute crisis of neoliberalism that is becoming evident in the discourse of Western society, a crisis that foreshadows a looming disaster. On one hand, it is defined by its ideological framework, which is constituted by ‘Western ideals’ such as the right to freedom of speech and expression or anti-censorship. However, what is critical here is how the neoliberal state handles those who operate from the outside of this ideological framework.

This way of dealing with marginalized minorities is prevalent in France, for example, where, in 2003, the National Assembly under the presidency of Jacques Chirac passed a law that prohibits wearing a niqab or hijab in schools, yet allows Christian students to practice their “freedom of choice” by letting them wear small crosses to school.

Later in 2010 with President Nicolas Sarkozy in office, the Senate of France legislated the full ban on face covering.
Such gestures of power, which are always supported by the legal and moral order of the state, are another characteristic of the neoliberal crisis. These signs of power become an opening for supremacy, an authoritarian mechanism that seeks to marginalize and criminalize the different identities found in Western society. The identity of the Muslim today, especially after the atrocious 9/11, is constructed upon an opposition to the negative, meaning that for the Muslim to be a Muslim he/she must oppose himself/herself to the identity of the “terrorist” or “the primitive,” creating a space for identity politics.

Nevertheless, one must not forget that the ideological framework of the neoliberal state predefines the process of the construction of such a marginalized identity. Terrorism, for example, is a neologism, a notion created by the neoliberal governments to excuse an already-failed war to gain control of territories and fight “the enemies of Western democracy,” yet Muslims cannot escape this accusation of enmity or of being a terrorist or a Jihadist, leaving them in a long-run resistance against the negative, false consciousness of the government that criminalizes their existence. This reasoning by the forces of neoliberalism is lethally dangerous for grouping a diverse religion under the perception that Islam itself breeds terrorism.
And now that the Islamic State of Iraq and Syria (ISIS) is crawling to Iraq after a bloodthirsty conflict with the Syrian government, the Muslim situation worsens and regresses to the same model that was applied to all Muslims during 9/11 or the 2006 Ontario terrorism case. It is a model of exclusion that generalizes and applies the image of the terrorist to all Muslims and universalizes a false and negative identity that targets the worshippers of Allah.

This is the popular form of Islamophobia that the neoliberal state employs in its process of marginalizing and, let us say it frankly, Westernizing Muslims who must choose their allies carefully and proceed cautiously in accordance to what Western society predetermines as a positive image of Islam. This mode of generalization and exclusionary power is a new process of policing the peoples of the neoliberal society and is certainly not limited to Muslims — the criminalization of immigrants, the rejection of queer minorities, the targeting of races or religions and, of course, the oppression of women operate from the same, repetitive mechanism that alienates marginalized identities.

The problem of Islamophobia, however, becomes a graver issue when the prejudice towards Muslims is not considered a form of oppression but a form of freedom of speech and expression. Criticism of Islam, especially in the 21st century, is a liberal one, by which I mean that the voiced critics of the religion do not take into consideration the socioeconomic, the historical and the differential conditions of the religion and its followers.

To voice this candidly, it is an act of absurdity to claim that the ideology of al-Qaeda or any militant Salafi organization is the same as that of the Sufis in North Africa or that of the Shias in Lebanon and Iraq. When Maher, for example, criticizes Islam, he seeks to consider origins, ideals or common values that Muslims share, as the starting point of his critique.

But our objection to this way of criticizing is that Maher regards the text as a static, immutable object that rejects interpretations. Militant rationalism, as the Marxist literary theorist Terry Eagleton describes it, is the governing body of the New Atheist movement. Its utmost priority is to destroy the Other by indulging in an already-established medium of debate in which sciences and reason reign supreme, and to establish their understanding of things and appoint it as the universal.

What is left to say here is that the militant rationalism or the New Atheist clan faces this irony or a paradox in its own system of reasoning, which is the claim that the sciences and reason have an access to the truth — so these four horsemen of atheism are nothing but prophets of their own following.

It is thus safe to say that militant rationalism has a double existence: one that is, according to Eagleton, an apparatus used by the neoliberal states in their War on Terror, by which ideology supplies a moral justification to their latter’s atrocious acts; and the other mode of existence, as Noam Chomsky argues, is a religion that amasses the peoples and feeds them a false ideology that is paradoxical by its own terms.

To the vigilant, it is not a surprise that there is a war against Muslims all over the world, but it is shocking that we do not know who is really being fought. The images of ISIS, al-Qaeda and Boko Haram lurk in the shadows of the neoliberal mentality whenever one confronts the topic of Islam and Muslims. One can say, however, that today’s war against Muslims is a war that universalizes the image of the primitive terrorist whose priority is to destroy and fight Western democracy.

Today, the neoliberal world is dominated and haunted by the fantasy of these images – the production of false realities is what keeps capitalism well and alive.

— Hussein Ali is a College sophomore from Berkeley, California.