Wheel Debates: Is Impeaching Donald Trump Worth the Risk?

The Wheel Debates are written by members of the Barkley Forum. The views argued below do not necessarily reflect each debater’s personal opinions.

Some Democrats rallied around the idea of impeaching President Donald J. Trump before the midterms. However, critics of this strategy, including former Trump aide Omarosa Manigault Newman, have rebuked such a political move, questioning whether Vice President Mike Pence would be a better president. But when weighed against each other, a President Pence would likely demonstrate greater leadership than President Trump.

Pence could easily be considered a political extremist. He refuses to eat alone with women who are not his wife and he supports anti-LGBT practices such as gay conversion therapy. But to say that his views pose a greater threat to minorities and international stability is an embellishment worthy of Trump Tower. Trump’s narcissism, xenophobia and disregard for national security jeopardize the safety of everyone in the world.

In stark contrast to Trump’s political inexperience, Pence has been in office for over a decade and is knowledgeable about our political system. His largely quiet vice presidency has been a far cry from a president who criticizes the Federal Reserve and pressures the Justice Department to investigate his political opponents. His track record as Indiana’s governor reflects his measured and quiet approach to governance — he would likely be far more soft-spoken than Trump. Rather than make off-the-cuff decisions, he would spend more time contemplating important policy decision; his temperament would go far in stabilizing the country.

Furthermore, Trump has clearly demonstrated his incompetence in the realm of foreign policy. His refusal to read daily intelligence briefings and ignorance of U.S. nuclear policy has potentially lethal consequences. With the stroke of a pen he can upend decades of alliances while simultaneously emboldening the United States’ enemies. In contrast, Pence falls in line with the traditional conservative foreign policy. His time as a member of the House Foreign Affairs Committee reveals a voting record that endorses a Bush-esque focus on democracy promotion and a shoring up of international alliances. Pence could lead to a more stable international climate because he would not allow for erratic swings in policy. He would craft negotiations with pen and paper instead of with 140 characters. At worst, his foreign policy would likely have consistent ideals that rest on decades of foreign policy precedence.

While thoroughly conservative, Pence would not herald in a new dark age for minority rights. Many members of Congress share similar views to Pence. In regards to LGBTQ rights, Rep. Dana Rohrabacher (R-Calif.) said in an interview that it is acceptable to refuse to sell homes to those who are gay and lesbian. Even political mavericks such as the late Rep. John McCain (R-Ariz.) were opposed to gay marriage. Pence’s disregard for minority rights is not a new invention but merely an extension of the past 40 years of conservative ideology.

At the bare minimum, Pence’s ability to articulate defenses of his own political positions, as disgusting as they may be, demonstrate that on his worst days he would be a far better president than Trump. This is not a defense of Pence, but rather an acknowledgement that those who claim that Trump is preferable to Pence are failing to confront the clear and present danger of each day of a Trump presidency.

Blatant corruption, the spouting of clear non-truths, the racist dog whistles and the callous disregard for poor people and women’s rights: it’s difficult to imagine anything worse than the President Donald J. Trump administration. But that even more nightmarish world exists one step away, in Vice President Mike Pence, who would take over if Trump were impeached. Pence is unimaginably worse than Trump for the simple reason that a coordinated, ideological push for the far-right agenda by a man with deeply held beliefs is more dangerous than a largely clueless populist whose beliefs change on a whim.

The drama and bigotry that clouds the Trump administration would likely exist in a hypothetical Pence administration, as well. For example, it might seem as if Trump’s connection to the Russian government and involvement in election meddling is a result of his incompetence and ability to be manipulated by others. However, aside from the possibility that Pence could be implicated in obstruction of justice, his “curious pattern of alibis whenever controversy strikes the West Wing” should be a cause for alarm. The fact that Pence largely drops out of the field of public accountability by visiting his family, simply playing dumb or even exiting the country shows that he possesses a dangerous ability to forestall investigations and prevent his political allies from ever facing consequences for outright corruption.

Pence would also be more competent in carrying out the far-right agenda of the Republican Party. Whereas Trump has been ineffective and even counterproductive to advancing GOP policy goals like repealing the Affordable Care Act or passing tax cuts for the rich, Pence would be a Koch-owned president. Unlike Trump, Pence has written the policies that his party champions: he served as president of the Indiana Policy Review Foundation, a think tank which helped slash welfare and attack the administrative state and corporate subsidies down to the local level. This policy know-how, combined with the fact that Pence would likely be better at working with congressional officials than Trump, suggests that a Pence presidency would constitute an ideological revolution, returning the United States to the free-market fundamentalism that brought on the Great Depression.

Perhaps most importantly, Pence is also a religious fundamentalist. While Trump’s social policy has largely fueled the flames of the culture war while offloading actual policy responsibility to officials like Attorney General Jeff Sessions, Pence could launch a more calculated assault on civil liberties. He calls homosexuality a sin, believes that women with children have no place in public or in the workplace, wants to overturn Roe v. Wade and does not believe in evolution. Although Trump has made some headway in restricting civil rights, he has not made it a policy priority — that would be entirely different under the Pence administration.

As bad as the Trump administration is for America, it does not approach the suffering that would be wrought by a President Pence.

Place Your Faith in Sustainability Initiatives 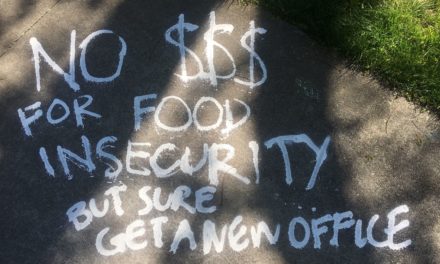