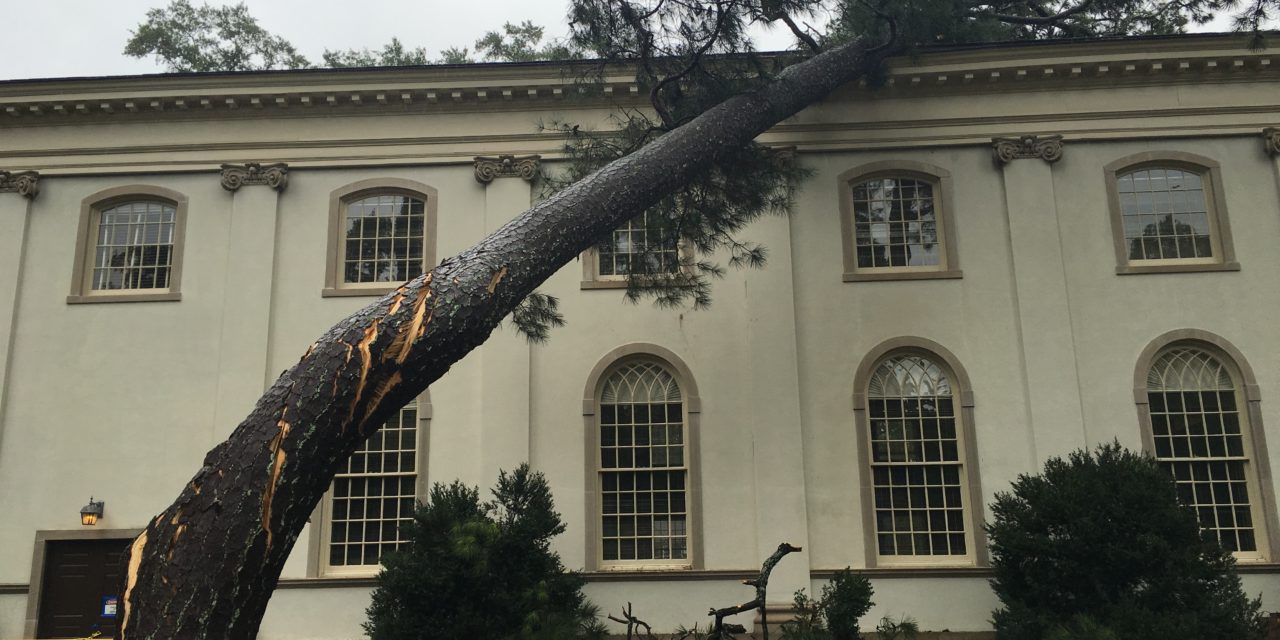 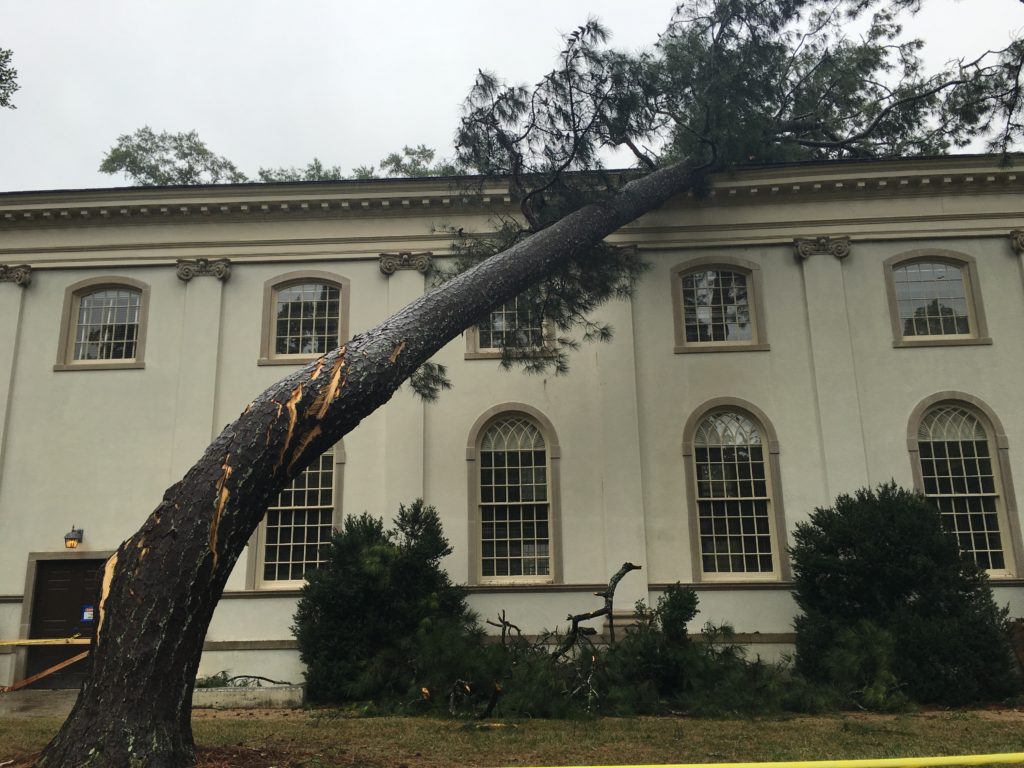 Downgraded to a tropical storm, Irma hit Georgia early Monday, causing intermittent power outages and downed trees on and around Emory’s Atlanta and Oxford campuses. Irma was downgraded to a tropical depression Monday night but continued to flood parts of the Georgia and South Carolina coasts throughout Tuesday, according to The Weather Channel.

Irma was downgraded to a post-tropical cyclone late Tuesday as it moved into the Tennessee Valley, according to the Times.

The University was closed Monday and Tuesday due to severe weather conditions from Irma, according to a University press release. Emory Clark-Holder Clinic, Emory West Point, Emory Southern Center for Orthopedics in LaGrange (Ga.) and Emory Ambulatory Surgery Center at LaGrange were closed Monday, according to the Emory Healthcare website. Emory Healthcare employees contacted patients at those locations to reschedule their appointments, the website said.

Fuel outages are being reported throughout Georgia and Florida, according to The New York Times. Georgia Gov. Nathan Deal urged Georgia residents and the thousands of evacuees from Florida who fled to Georgia to stay put and avoid driving Tuesday as workers cleared roads, according to the Atlanta Journal-Constitution. Deal lifted the mandatory evacuation order for six coastal Georgia counties early Tuesday.

At least three people have died in Georgia from Irma, according to the AJC.

There were 110 “key and essential” Facilities Management employees, including electricians, grounds crews, staging crews, custodial staff and mechanics, who came into work Sunday at 10 p.m. and stayed for two nights on campus to prepare for and respond to the storm, according to Associate Vice President for Facilities Management Todd Kerzie.

There were “a couple power surges when trees hit power lines,” but the power generators kicked in, Kerzie said. There was also a surge in the trash at residence halls, as students who were confined indoors to weather out the storm often ordered food, and the trash could not be taken outside because of the heavy winds, according to Kerzie. A large tree fell next to the pool at the University president’s residence in Lullwater Preserve, but no one was hurt, Kerzie said.

A wind gust reached 59 mph at a site near Emory, according to the AJC.

Power flickered on and off intermittently Monday at Clairmont Campus, the Atlanta and Oxford campuses and Emory Point. Power at Highland Square was out for at least two hours Monday.

Roads across Georgia, including some in Atlanta and Decatur, closed because of fallen trees. Nearly 80 roads closed in DeKalb County as of 8 a.m. Tuesday before crews began clearing them, according to the county’s Twitter account.

Sections of Lavista Road, N. Druid Hills Road, Clifton Road NE and Briarcliff Road NE were closed in DeKalb County as of Tuesday at 11:20 a.m. due to downed trees , according to DeKalb County Communications. Near Atlanta campus, a tree on Burlington Road NE fell early Monday, shutting down the street until it was cleared around 11:26 a.m., according to EPD.

Metro Atlanta shut down Monday and Tuesday government offices, public schools and some public transportation in the wake of Irma, according to government press releases.

The first Irma-related death in Georgia occurred in Worth County near Albany, Ga., where a 62-year-old man was killed Monday after heavy winds swept him off his roof, the AJC reported. In another incident, a 55-year-old man died after a tree fell on his house Monday in Sandy Springs, Ga., according to the AJC. A 57-year-old woman was also killed when a tree fell on a vehicle in a Forsyth County driveway, NBC11 reported.

Emory’s shuttle service stopped at 8 p.m. Monday and reduced its services Tuesday, with only C, D and M routes running, according to a Rider announcement.

University President Claire E. Sterk tweeted Monday, “Contending with #Irma on 9/11 reminds me of the importance of being there for others, caring for those in need, and staying humble.”

“There is no need to evacuate Emory campuses; the community will follow the procedures to shelter in place should we need to do so,” the University said in a press release and University-wide email early Sunday. “The university’s emergency notification system will be used to send out urgent actionable information.”

Campus Life sent out a University-wide email Friday evening offering resources to those affected by Irma, including resources from Counseling and Psychological Services (CAPS) and the Office of Religious and Spiritual Life.