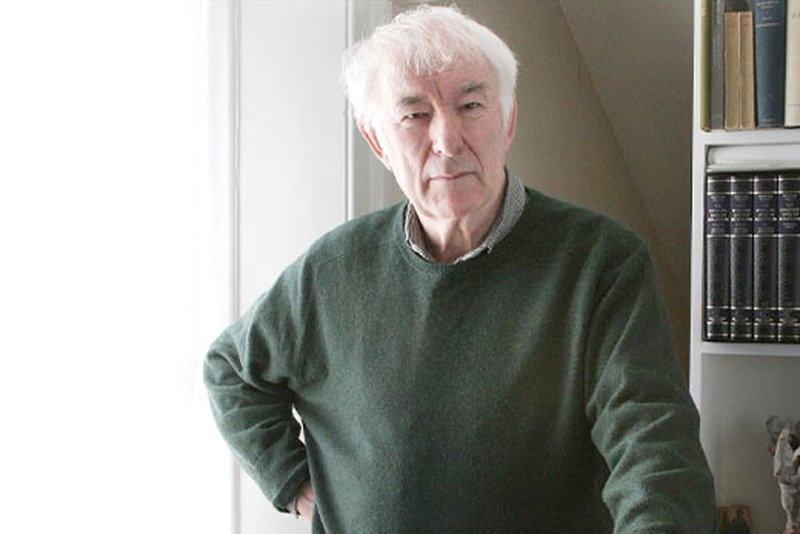 Irish poet, playwright and lecturer Seamus Heaney, who has had a relationship with Emory University for more than three decades, died last Friday. He was 74.

Heaney’s death was announced in a statement released by his family and his publisher on Aug. 30.

The statement did not include the cause of death, but according to a recent article in The Washington Post, Heaney’s health had been failing since he suffered a stroke in 2006.

Heaney’s relationship with Emory began in 1981 when he delivered his first reading on campus, according to an Aug. 30 article in the Emory Report.

The Ellmann Lectures have since become an Emory tradition, securing renowned writers such as Umberto Eco and Margaret Atwood.

Heaney spoke at the Emory Commencement in May 2003. Emory’s Manuscript, Archives and Rare Book Library (MARBL) also obtained a large amount of Heaney’s literary work that year, including manuscripts, lecturers, photographs and letters.

In addition, his prolific work forms a cornerstone in Emory’s modern literary collections, according to MARBL Director and Vice President and Secretary of the University Rosemary Magee.

“One of the major distinctions of Emory University is our commitment to literature through renowned scholarship, extraordinary writers and teachers, highly-regarded lecture and poetry series, and our special collections,” Magee wrote in an email to the Wheel. “Seamus Heaney contributed to all of these dimensions – and more.”

Heaney is known for his prolific bodies of poetry and other work, including Death of a Naturalist, The Spirit Level and Human Chain. In 1995 he was awarded the Nobel Prize in Literature.

Magee said Heaney was not only an accomplished poet but also a beloved and engaged member of the Emory community.

“We considered him to be a friend and a colleague, someone who honored us with his poetry,” she wrote.

Geraldine Higgins, associate professor of English and director of the Irish Studies Program, will curate an exhibit of Heaney’s work in 2014.

The exhibition, entitled “Seamus Heaney: The Music of What Happens,” celebrates Heaney’s life and poetry, exploring the intricate interplay of poetry and politics that resides throughout his work, Higgins said.

“The Music of What Happens will invite Heaney’s readers, friends and admirers to follow the trajectory of his work from the earth-bound bog poems of his early career to the lightness and airiness of ‘crediting marvels’ in his later work,” Higgins wrote in an email to the Wheel.

Heaney’s prolific work has been an inspiration for Emory students throughout the years.

College junior Robert Weisblatt, who is majoring in English with a concentration in Irish Literature, considers Heaney a voice that transcends the bounds of various historical events in modern Irish history.

“He incorporates the vastness of these struggles into all of his works in different ways,” Weisblatt commented in an email to the Wheel. “Yet he did so in such an artful and subtle manner that it allowed him to be a voice that could carry throughout the literary communities of countries all over the world.”

Weisblatt said he believes Emory will feel this loss gravely.

However, he maintains that this tragedy will lead the Emory community to be more enthusiastically engaged with Heaney’s work and appreciate his admirable life.

Heaney is considered by many as one of the most prominent poets of the 20th century.

“Heaney’s poetry is a gift to the ages, not just to the Irish literary canon,” Higgins wrote. “We will always have the wonderful poetry even though we have lost the great man … I can’t think of any other person, let alone any other writer who is so beloved around the world. Ireland is grief-stricken, and we all know that we will not see his like again.”

The first of nine children, Heaney was born in 1939 in Castledawson, United Kingdom.

In 1962, he began to publish his poetry. In 1965, he published his first book entitled Eleven Poems.

“[Heaney] was a fearless poet,” Skibell wrote in an email to the Wheel, “unafraid to confront any subject with – in the words of William Butler Yeats, Ireland’s other Nobel-Prize winning poet – a cold eye, meaning absolute moral honesty and an equally moral precision of language.”

Higgins explained that many students have been in contact with her and her colleagues, expressing their sadness over Heaney’s death and sharing their fond memories they have of him.

Those who knew him are deeply saddened.

“He once told me in a conversation at his home in Dublin that he felt humbled by the sacred work of the poet,” Magee wrote. “We all felt touched by his openness and the profound depths of his poetry, which is why we grieve his loss even as we celebrate his life and work.”