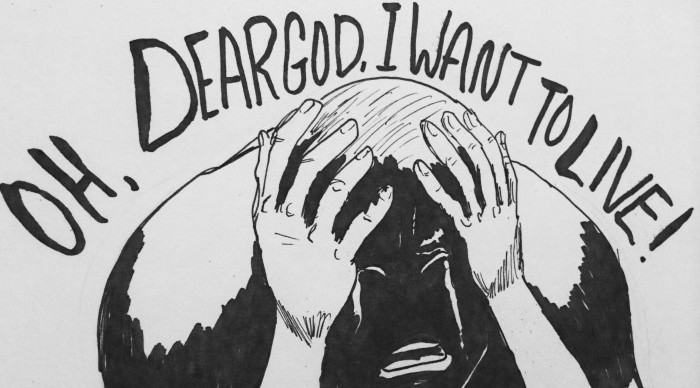 Those were Eric Garner’s last words, uttered in vain as a trained police officer choked him to death on July 17, 2014. Those are the words uttered by protestors in New York, Oakland, Atlanta and all across the nation as our justice system has once again failed to offer even the chance of justice to a black man murdered by the police.

The grand jury decision not to indict officer Daniel Pantoleo is outrageous. A homicide indictment requires evidence of a homicide. But apparently, a video of the homicide isn’t evidence enough.

The New York Police Department has a policy against the use of the chokehold, which is what Pantoleo used on Garner. The police waited seven minutes before trying to give Garner CPR. The coroner ruled Garner’s death a homicide. But apparently, all this isn’t evidence enough.

One frustrating aspect of this case is that it solved some of the ambiguities of the Mike Brown case. The conflicting eyewitness testimonies that threw doubt on the events become inconsequential when there’s actual footage of the events; that footage, however, becomes inconsequential when it is basically ignored.

Personally, I’ve always been aware of racism, yet that awareness was vague until recently. I had knowledge of racism, in its various forms, yet for a long time it never really sunk in with me. I was fortunate enough to grow up in a diverse environment, with friends and teachers from all types of backgrounds. I never really felt the effects of racism, and I thought, perhaps naively, that the situation of others mirrored my own. I thought that racism existed, but it was on the verge of disappearing.

I was wrong, and recently, I have come to know that. I’ve learned that the experiences of most black people didn’t mirror mine. In fact, it’s far more uncommon, unfortunately, for black people to live like me, almost isolated from the effects of racism, than to have experienced racism first hand.

What’s more troubling to me is that there doesn’t seem to be a solution to the problem ­– that racism is so ingrained into our society and our institutions, and there is no clear way to rid it from our country. Protests are only a start; they call attention to a problem, and show that people are aware and in solidarity against that problem, but they don’t fix the problem.

Racism is embedded in our culture and our institutions, into the very fabric this country is made of; it was even built on racism, in fact. I’m not sure it can be fixed.​

Nathyia Watson is a College freshman from Buffalo, New York